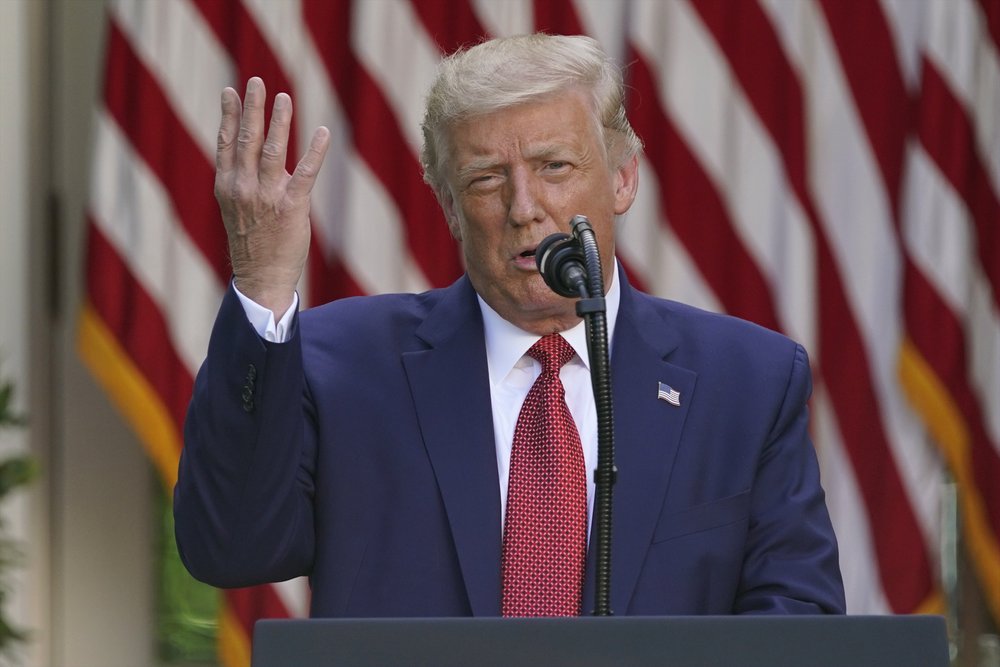 In this July 14, 2020, file photo President Donald Trump speaks during a news conference in the Rose Garden of the White House in Washington. (File photo: AP)

WASHINGTON, May 21 (Xinhua) -- Former U.S. President Donald Trump has been sued by a civil rights group for calling COVID-19 the "China virus."

The complaint, filed in a federal court in New York by the Chinese Americans Civil Rights Coalition (CACRC), alleged that Trump's use of that phrase and other similar racist slurs is baseless, since the origin of the coronavirus is not yet determined, and that the former president's conduct harmed the Chinese American community.

Trump's "extreme and outrageous conduct was carried out throughout the pandemic with reckless disregard of whether such conduct would cause Chinese Americans to suffer emotional distress," stated the suit dated May 20.

The coronavirus pandemic has led to a spike in violence against Asian Americans -- a sizable portion of them Americans of Chinese descent -- which activists have blamed on Trump's rhetoric.

The suit further alleged that Trump continued to use those derogatory words to refer to the coronavirus even as he knew that the virus didn't necessarily come from China.

"The truth matters, words have consequences ... especially from those in powerful and influential positions," the complaint said. "(Trump) intentionally repeated those defamatory words to serve his own personal and political interest with astonishing level of actual malice and negligence, hence severely injuring the Chinese/Asian Americans communities in the process."

The CACRC is asking that 1 U.S. dollar be paid to every Asian American and Pacific Islander living in the United States as an apology, which would total 22.9 million dollars.

The plaintiffs said they would use the money to establish a museum that will showcase the history of Asian American and Pacific Islanders communities and their contribution to the United States.