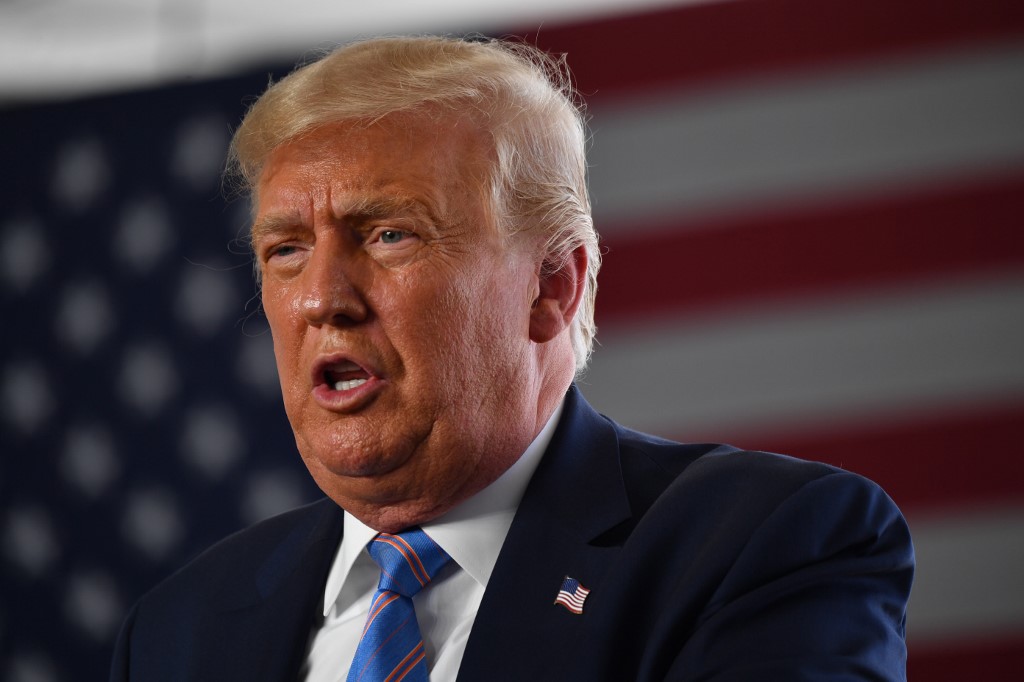 US President Donald Trump on Thursday suggested delaying the 2020 election, in which he is currently lagging badly in the polls, citing the coronavirus and what he said would be "fraudulent" voting.

"Delay the Election until people can properly, securely and safely vote???" Trump asked in a tweet.

"With Universal Mail-In Voting (not Absentee Voting, which is good), 2020 will be the most INACCURATE & FRAUDULENT Election in history. It will be a great embarrassment to the USA," the tweet said.

Only Congress can change the election date, which is set by law on November 3. With Democrats ruling the lower House, that seems highly unlikely to happen.

Trump has previously insisted that he sees no problem going ahead with the election, where he faces Democratic challenger Joe Biden.

The coronavirus pandemic remains out of control in swaths of the United States, including most recently in Republican-led states like Florida and Texas.

In addition, major sporting events have been canceled or curtailed and there are serious doubts across much of the country over whether schools and universities will reopen in September.

But Trump has bitterly resisted Democratic-led attempts to increase availability of mail-in voting, saying that this will promote fraud and that Americans should line up at the polls as usual.

His opponents say there is no evidence of meaningful fraud in US elections and rather that more effort is needed to improve the complicated logistics of mail-in voting.