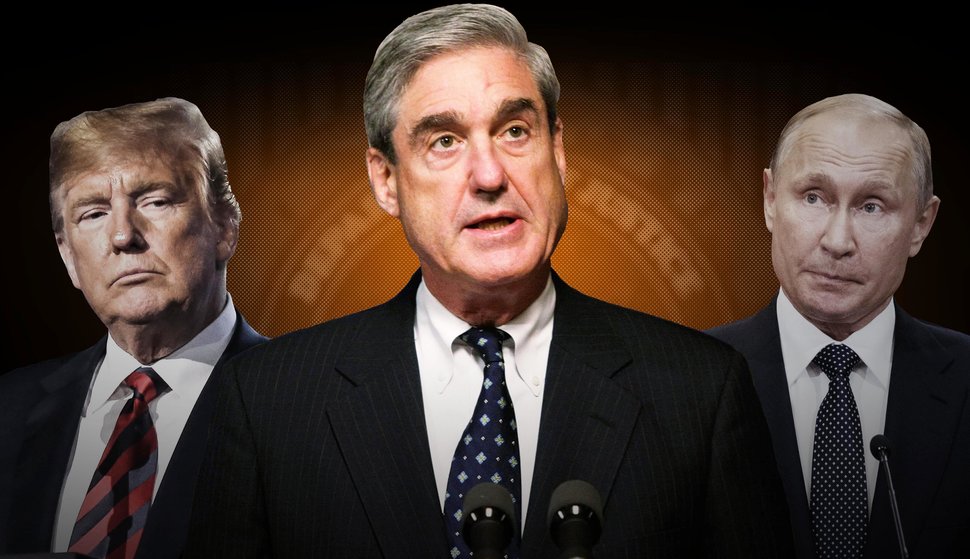 In a series of tweets, Trump called Mueller a "conflicted prosecutor gone rogue" who is "only looking at one side" in the inquiry while accusing him of causing "tremendous damage" to the nation's criminal justice system.

"The Fake News Media builds Bob Mueller up as a Saint, when in actuality he is the exact opposite," Trump said. "Wait until it comes out how horribly & viciously they are treating people, ruining lives for them refusing to lie."

Mueller, who was appointed in May 2017, is looking into the alleged Russian interference in the 2016 U.S. presidential election and any potential collusion between the Trump campaign and Moscow, among other matters that may arise from the investigation.

Trump has repeatedly dismissed any collusion between his campaign and the Russians while slamming the Russia probe as a "hoax" or "witch hunt."

Russia has denied the meddling allegations.

The U.S. president has recently intensified attacks against Mueller, his team and the investigation but has denied trying maneuvering to shut down the investigation, which has so far led to indictments of over 30 people, most of them Russians.

Democrats, who will take control of the House after gaining nearly 40 seats in the midterm elections earlier this month, have said they would use investigative committees to open further probes of Trump's businesses and his alleged connections to Russia.

The latest outbursts came a day after a court filing showed that Manafort was accused of repeatedly lying to investigators after pleading guilty to federal charges, violating a plea agreement that he signed two months ago.

Manafort said in the same filing he disagreed with Mueller's claim that he had lied to the FBI and the special counsel's office and "has provided information to the government in an effort to live up to his cooperation obligations."

Manafort, 69, was convicted in August on eight counts of financial fraud related to his work as an unregistered lobbyist for Ukraine -- prior to his time with the Trump campaign. In the trial, the jury also deadlocked on 10 other counts, which were dismissed later.

He was the first member of Trump's election team facing trial on charges arising from Mueller's investigation.

The president has tried to distance himself from Manafort, who joined the Trump campaign team in March 2016 and spent about two months working as campaign chairman before resigning over exposure of his Ukrainian lobbying work.

Jerome Corsi, a conservative writer and associate of Trump confidant Roger Stone, told CNN in a phone call on Monday that he's refusing a plea deal offered by Mueller.

Corsi said that he had been offered a deal to plea on one count of perjury but that he plans to reject it.

Last week, Corsi said that he expected to be charged with lying to federal investigators, though he said at the time that he was innocent of wrongdoing.

Mueller's team questioned Corsi as part of an investigation into Stone's connections with WikiLeaks, an organization that publishes secret information, news leaks, and classified information provided by anonymous sources.

U.S. intelligence agencies have claimed that Russia was the source of hacked material released by WikiLeaks in the weeks ahead of the 2016 election that damaged the campaign of Hillary Clinton, then Democratic candidate for presidency.

Mueller's team is reportedly trying to determine whether Stone and other Trump associates had advance knowledge of WikiLeaks' plans.

The Guardian newspaper reported on Tuesday that Manafort met with Julian Assange, the founder of WikiLeaks, several times in secret, including the time when he was on Trump's campaign.

It is unclear why Manafort would have wanted to see Assange and what was discussed.