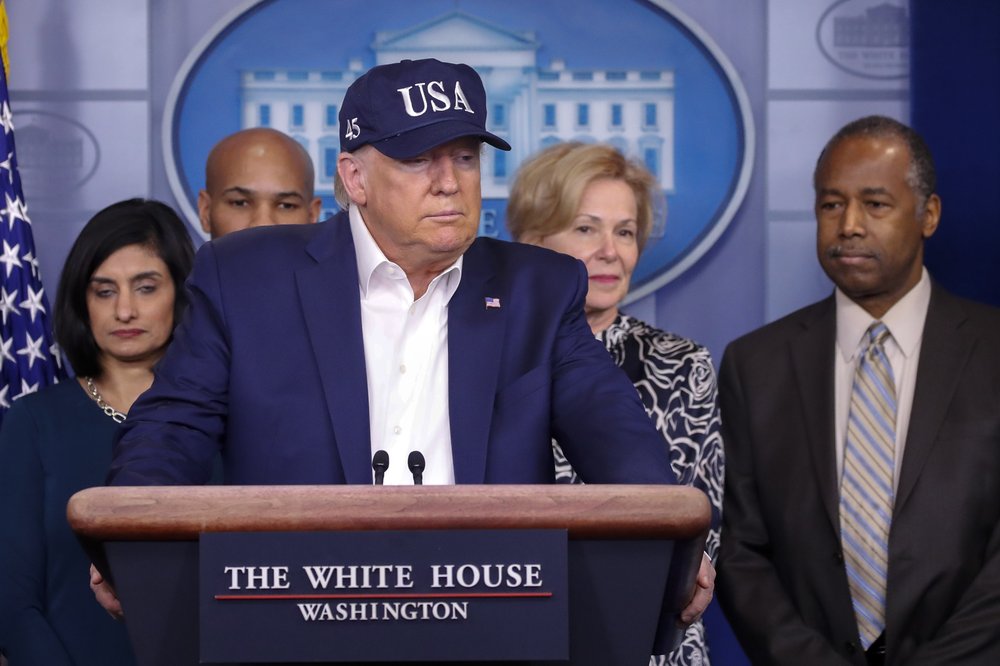 President Donald Trump speaks during a briefing on coronavirus in the Brady press briefing room at the White House, Saturday, March 14, 2020, in Washington. (Photo: AP)

After days of resistance, President Donald Trump said Saturday that he was tested for the coronavirus as the White House stepped up precautions after his direct and indirect exposures to COVID-19.

Trump also told reporters at a White House briefing that he had his temperature taken before stepping into the room and it was “totally normal.”

Trump had held out on testing for days, despite his interactions with at least three people who have since tested positive. Trump had said Friday that he would probably take the test at some point, but the White House doctor said as recently as Friday night that no test was called for because he wasn’t exhibiting symptoms.

But the president said he’d gone ahead with it after repeated questions from reporters at a news conference Friday.

On Saturday, the White House announced that it is now conducting temperature checks on anyone who is in close contact with Trump and Vice President Mike Pence, including reporters attending the Saturday White House briefing.

The move is being taken as a precaution in response to the coronavirus outbreak, said Judd Deere, a White House spokesman.

Trump has had multiple direct and indirect contacts with people who have tested positive for the pandemic virus last weekend at his Mar-a-Lago club on Florida. On Friday, he declared a state of emergency as schools and workplaces across the country shuttered, flights canceled and Americans braced for war against the health threat.

The Brazilian Embassy in Washington said late Friday that the country’s chargé d’affaires, Nestor Forster, tested positive after sitting at Trump’s dinner table. So, too, have a top aide to Brazilian President Jair Bolsonaro and a person who attended a fundraiser Sunday with Trump, according to two Republican officials who spoke on condition of anonymity in order to discuss private health matters.

Trump has been known to flout public health advice — and was eagerly shaking hands during an event Friday. On Saturday, he said that he continued to do so out of habit.

A representative from the White House physician’s office took the temperature of members of the media who were at the White House on Saturday, going around and putting the device to their heads. A reporter with a suspected elevated temperature was not allowed in.

Pence’s spokeswoman, Katie Miller, tweeted that according to the White House Medical Unit, the reporter’s temperature was taken three times over 15 minutes all three registered above the 100.4-degree guidelines.

Public health officials say that people with a cough and elevated temperatures of 100.4 degrees or higher are deemed concerning.