WORLD Trump: Taliban deal close, US troops to drop to 8,600 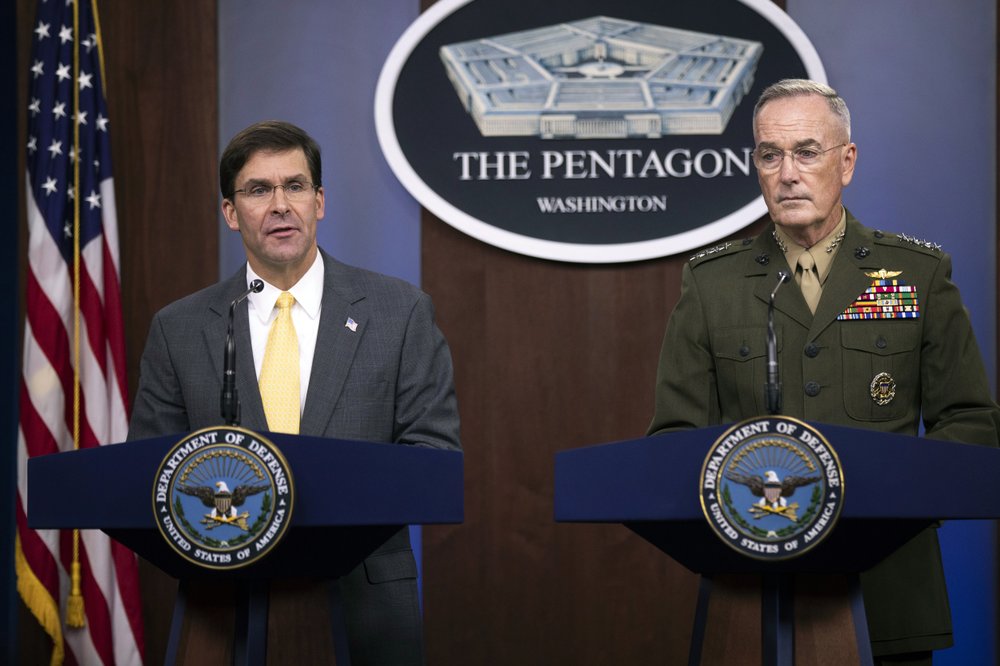 US President Donald Trump said Thursday the US plans to withdraw more than 5,000 American troops from Afghanistan and then will determine further drawdowns in the longest war in American history.

Trump’s comment comes as a US envoy is in his ninth round of talks with the Taliban to find a resolution to the nearly 18-year-old war. The president, who campaigned on ending the war, said the US was “getting close” to making a deal, but that the outcome of the US-Taliban talks remained uncertain.

Trump did not offer a timeline for withdrawing troops. The Pentagon has been developing plansto withdraw as many as half of the 14,000 US troops still there, but the Taliban want all US and NATO forces withdrawn.

“We’re going down to 8,600 (troops) and then we’ll make a determination from there,” Trump said, adding that the US is going to have a “high intelligence” presence in Afghanistan going forward.

Reducing the US troop level to 8,600 would bring the total down to about where it was when Trump took office in January 2017. According to the NATO/Resolute Support mission, the US had 9,000 troops in Afghanistan in 2016, during the Obama administration, and 8,000 in 2017.

Trump has called Afghanistan — where the Taliban harbored members of the al-Qaida network responsible for 9/11 — the “Harvard University of terror.”

If terror groups ever attacked America from Afghanistan again, “we will come back with a force like they’ve never seen before,” Trump said. But he added: “I don’t see that happening.”

Al-Qaida insurgents used Afghanistan as a base from which to plan the Sept. 11, 2001, attack on the United States. A month later, US troops invaded Afghanistan, where they have remained ever since, making it the longest war in American history. More than 2,400 American service members have died in the conflict.

A Taliban spokesman also has said that they’re close to a final agreement. But even as the talks go on, there are persistent attacks by the Taliban across Afghanistan, and an affiliate of the Islamic State group, also known as ISIS, has taken root in the country and is expanding its base.

“Taliban and ISIS are still potential threats for the national security of Afghanistan and the US. The Afghan government strongly believes that any reduction of US forces in Afghanistan will be based on conditions on the ground,” Sediq Seddiqi, a spokesman for Afghan President Ashraf Ghani, said in a statement.

He added that the Afghan government hopes that Afghanistan and the US will continue to fight international terrorism together as the countries have done for many years.

“The level of threats from the Taliban and ISIS has increased in Afghanistan and it is therefore needed now more than any other time to counter them together and make sure that we will not leave any gap that would give the Taliban an opportunity to turn this country again in to a safe haven for international terrorists,” he said.

A State Department spokesman said US envoy Zalmay Khalilzad and his team continued to make progress Thursday in Doha, Qatar, toward an agreement with the Taliban. The spokesman was not authorized to publicly discuss the negotiations and spoke only on condition of anonymity.

“If and when we are able to announce an agreement, the process will pivot to intra-Afghan negotiations, where the Taliban will sit with other Afghans and together they will commit to a permanent and comprehensive ceasefire,” the spokesman said in an email.

Afghanistan’s government expects that Khalilzad will soon update officials in Kabul on the Taliban talks.

Even if Khalilzad is able to close a deal, it will remain for the Afghan government to try to negotiate its own agreement with the Taliban. Part of those talks would include determining a role for the Taliban in governing a country that it ruled before US forces invaded in October 2001. So far, the Taliban have refused to negotiate with the Afghan government, which it views as illegitimate and a puppet for the West.

On Wednesday at the Pentagon, the top US military officer said it was too early to talk about a full American troop withdrawal from Afghanistan. Gen. Joseph Dunford, chairman of the Joint Chiefs of Staff, told Pentagon reporters that any US deal with the Taliban will be based on security conditions on the ground and that Afghan forces aren’t yet able to secure the country without help from allied forces.

“I’m not using the withdraw word right now,” Dunford said. “It’s our judgment that the Afghans need support to deal with the level of violence” in the country today.

“The United States cannot contract out the American people’s security to the Taliban who, in exchange for a US withdrawal, simply ‘promise’ to guarantee that al-Qaida and ISIS (in Afghanistan) are denied haven,” they wrote in an op-ed Wednesday in The Washington Post.

Graham and Keane said they fear a US withdrawal will not end the war and could start a new civil war as Afghan forces feel betrayed and abandoned and the Afghan government is severely undermined and weakened.

The State Department spokesman said any peace deal would not be based on “blind trust,” but would contain requirements and commitments from the Taliban that would be subject to US monitoring and verification.