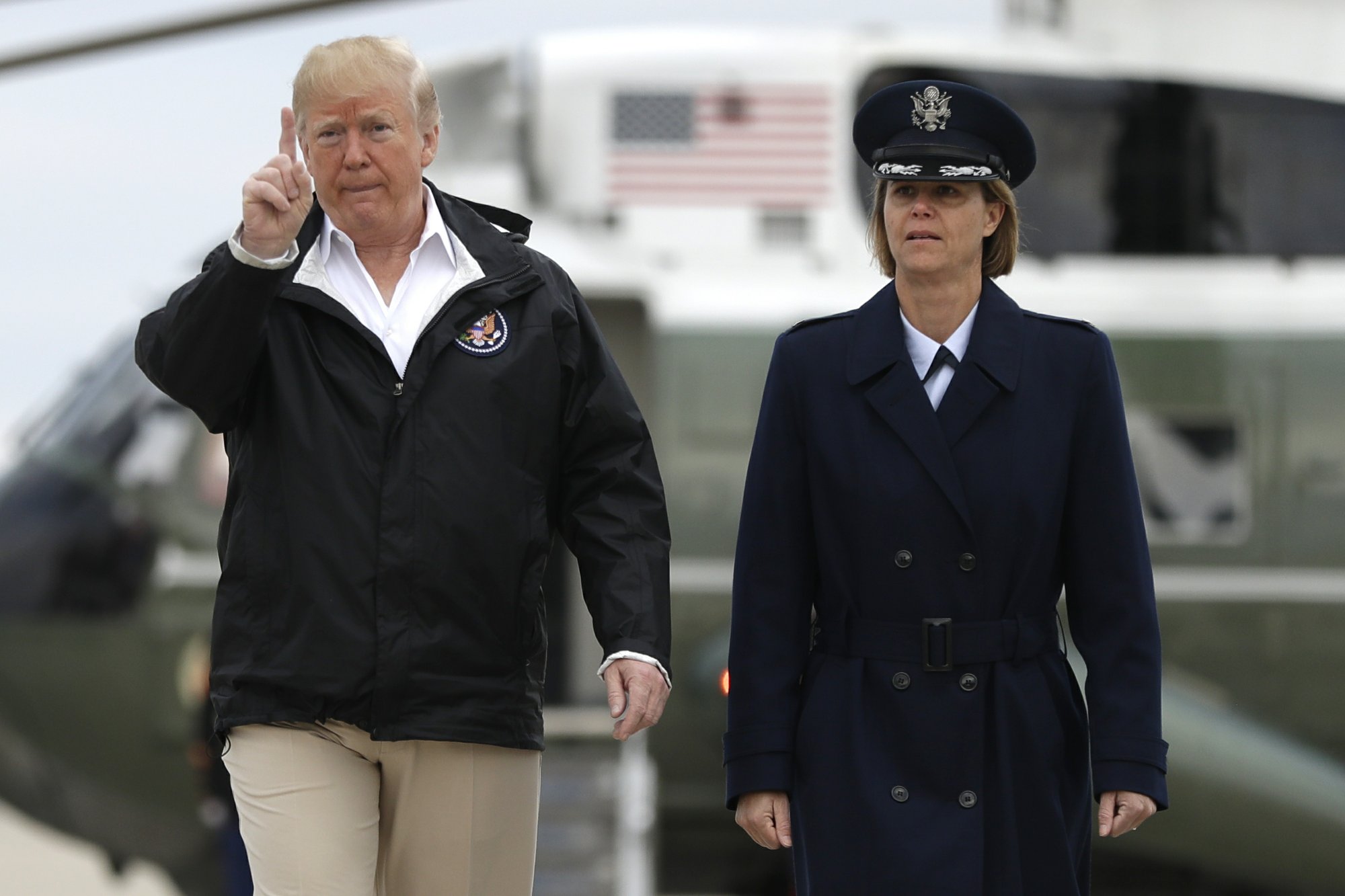 US President Donald Trump boards Air Force One for a trip to visit areas impacted by the California wildfires, Saturday, Nov. 17, 2018, at Andrews Air Force Base, Md. (Photo: AP)

President Donald Trump spoke on Saturday with his CIA chief and top diplomat about the spy agency’s assessment of the killing of journalist Jamal Khashoggi.

American intelligence agencies have concluded that Saudi Crown Prince Mohammed bin Salman ordered the killing, according to a US official. The Saudi government has denied that claim.

Trump called CIA Director Gina Haspel and Secretary of State Mike Pompeo from Air Force One as he flew to California to view wildfire damage, press secretary Sarah Huckabee Sanders said. She provided no additional details but said the president has confidence in the CIA.

Trump told reporters before he left the White House that, when it came to the crown prince, “as of this moment we were told that he did not play a role. We’re going to have to find out what they have to say.”

In his remarks, the president spoke of Saudi Arabia as “a truly spectacular ally in terms of jobs and economic development.”

“I have to take a lot of things into consideration” when deciding what measures to take against the kingdom.

The intelligence agencies’ conclusion will bolster efforts in Congress to further punish the close US ally for the killing. The Trump administration this past week penalized 17 Saudi officials for their alleged role in the killing, but American lawmakers have called on the administration to curtail arms sales to Saudi Arabia or take other harsher punitive measures.

The US official familiar with the intelligence agencies’ conclusion was not authorized to discuss it publicly and spoke only condition of anonymity Friday. The conclusion was first reported by The Washington Post.

Saudi Arabia’s top diplomat has said the crown prince had “absolutely” nothing to do with the killing.

Vice President Mike Pence told reporters traveling with him at a summit of Pacific Rim nations in Papua New Guinea that he could not comment on “classified information.” He said Saturday “the murder of Jamal Khashoggi was an atrocity. It was also an affront to a free and independent press, and the United States is determined to hold all of those accountable who are responsible for that murder.”

The United States will “follow the facts,” Pence said, while trying to find a way of preserving a “strong and historic partnership” with Saudi Arabia.

Khashoggi, a Saudi who lived in the United States, was a columnist for the Post and often criticized the royal family. He was killed Oct. 2 at the Saudi Consulate in Istanbul. Turkish and Saudi authorities say he was killed inside the consulate by a team from the kingdom after he went there to get marriage documents.

This past week, US intelligence officials briefed members of the Senate and House intelligence committees, and the Treasury Department announced economic sanctions on 17 Saudi officials suspected of being responsible for or complicit in the killing.

Among those targeted for sanctions were Mohammed al-Otaibi, the diplomat in charge of the consulate, and Maher Mutreb, who was part of the crown prince’s entourage on trips abroad.

The sanctions freeze any assets the 17 may have in the US and prohibit any Americans from doing business with them.

Also this past week, the top prosecutor in Saudi Arabia announced he will seek the death penalty against five men suspected in the killing. The prosecutor’s announcement sought to quiet the global outcry over Khashoggi’s death and distance the killers and their operation from the kingdom’s leadership, primarily the crown prince.

Trump has called the killing a botched operation that was carried out very poorly and has said “the cover-up was one of the worst cover-ups in the history of cover-ups.”

But he has resisted calls to cut off arms sales to the kingdom and has been reluctant to antagonize the Saudi rulers. Trump considers the Saudis vital allies in his Mideast agenda.

The Post, citing unnamed sources, also reported that US intelligence agencies reviewed a phone call that the prince’s brother, Khalid bin Salman, had with Khashoggi. The newspaper said the prince’s brother, who is the current Saudi ambassador to the United States, told Khashoggi he would be safe in going to the Saudi Consulate in Istanbul to retrieve the documents he needed to get married.

The newspaper said it was not known whether the ambassador knew Khashoggi would be killed. But it said he made the call at the direction the crown prince, and the call was intercepted by US intelligence.

Fatimah Baeshen, a spokeswoman for the Saudi Embassy in Washington, said that claim was false.

Baeshen said the ambassador did not discuss with Khashoggi “anything related to going to Turkey.”

“Ambassador Prince Khalid bin Salman has never had any phone conversations with him,” she said.

“You are welcome to check the phone records and cell phone content to corroborate this — in which case, you would have to request it from Turkish authorities,” Baeshen said, adding that Saudi prosecutors have checked the phone records numerous times to no avail.

The ambassador himself tweeted: “The last contact I had with Mr. Khashoggi was via text on Oct. 26, 2017. I never talked to him by phone and certainly never suggested he go to Turkey for any reason. I ask the US government to release any information regarding this claim.”