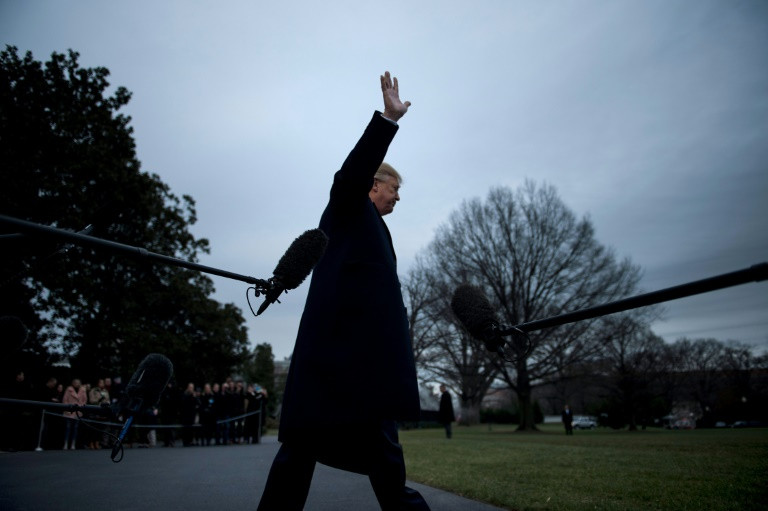 US President Donald Trump has repeatedly denied allegations of collusion between his campaign and Russia. Photo: AFP/Brendan Smialowski

A lawyer for Donald Trump's transition team has alleged special counsel Robert Mueller unlawfully received tens of thousands of emails, in the latest attack on the credibility of the probe into Russian meddling in the US election.

With the ex-FBI director's investigation making inroads into the president's inner circle in recent weeks, Republicans have cast doubt on its impartiality and pressed for a new independent prosecutor to investigate anti-Trump bias.

This in turn has led to speculation that the administration could be laying the groundwork for firing Mueller.

GSA is the government agency which supports presidential transitions -- the interim period after a new president is elected but before he takes office.

Langhofer wrote that Mueller's office "received from the GSA tens of thousands of emails, including a very significant volume of privileged material," according to a copy of the letter published by Politico.

The letter added that a warrant should have been obtained for such materials, and said it violated the Presidential Transition Act.

A spokesman for Mueller, Peter Carr, responded on Sunday to the accusations to CNN.

"When we have obtained emails in the course of our ongoing criminal investigation, we have secured either the account owner's consent or appropriate criminal process," CNN quoted him as saying.