Trump tell allies to fix trade after US tariffs strike 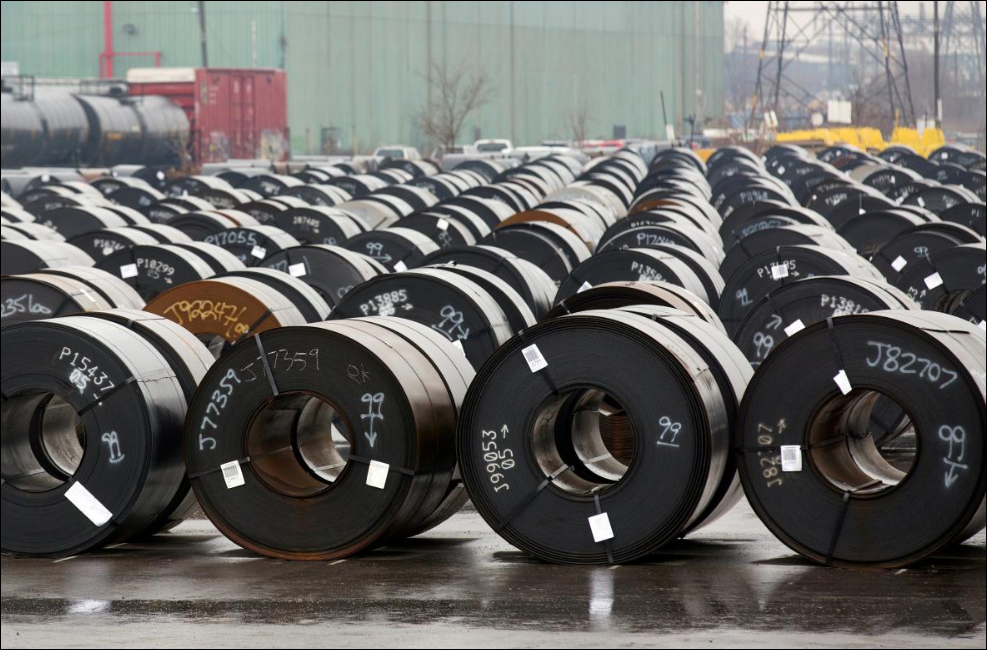 US President Donald Trump told Canada and the European Union on Friday to do more to bring down their trade surpluses, a day after hitting the two US allies and Mexico with import tariffs on their steel and aluminum.

Trump castigated Canada in a tweet on Friday morning, saying it had treated US farmers “very poorly for a very long period of time”.

“Highly restrictive on Trade! They must open their markets and take down their trade barriers! They report a really high surplus on trade with us,” he wrote.

He also told French President Emmanuel Macron of the need to “rebalance trade with Europe,” the White House said.

His strong words followed swift responses to his tariffs by Canada, Mexico and the European Union, which all plan to retaliate with levies on billions of dollars of US goods from orange juice and whiskey to blue jeans and Harley-Davidsons.

The EU took the United States to the World Trade Organization to challenge the legality of the new tariffs and the Trump administration’s national-security justification. Brussels has lodged an eight-page list at the international trade body of goods it would hit with retaliatory measures.

Canada and Mexico, embroiled in talks with the United States to modernize the North American Free Trade Agreement (NAFTA), responded swiftly. Canada, the largest supplier of steel to the United States, will impose tariffs covering C$16.6 billion ($12.8 billion) on US imports, including whiskey, orange juice, steel, aluminum and other products.

The EU’s planned measures hit US exports running the gamut from big motorcycles like the Harleys, built on the home turf of House Speaker Paul Ryan, to “canoes”, “manicure or pedicure preparations” and even “sinks and washbasins, of stainless steel” — the proverbial kitchen sink.

“We are determined to protect the multilateral system,” European Union Trade Commissioner Cecilia Malmstrom said of the WTO challenge. “We are expecting everybody to play by the rules.

Trump’s tariffs on Washington’s closest allies also drew condemnation at home from Republican lawmakers and the country’s main business lobbying group and sent a chill through financial markets on Thursday.

Tariffs of 25 percent on steel imports and 10 percent on aluminum were imposed on the EU, Canada and Mexico from midnight in Washington, 0400 GMT on Friday.

“We look forward to continued negotiations, both with Canada and Mexico on the one hand, and with the European Commission on the other hand, because there are other issues that we also need to get resolved,” US Commerce Secretary Wilbur Ross said.

But the EU’s Malmstrom said there would be no such wider trade talks as long as the US measures were in place.

“We were not at the negotiating table. Our offer was: ‘You take this gun away from us, we sit together as friends and equals and we discuss,’ and this would eventually lead to negotiations,” Malmstrom told a news conference in Brussels. “We never got this. So now this door for the moment is closed.”

A DECISION WE DEPLORE

Mexico announced what it described as “equivalent” measures on a wide range of US farm and industrial products, including pork legs, apples, grapes, cheese, steel and other goods.

For the EU, a decision on just how far to push back will require agreement among the 28 member states that make up the world’s biggest trade bloc.A red-hot steel plate passes through a press at the ArcelorMittal steel plant in Ghent, Belgium, May 22, 2018. REUTERS/Yves Herman/File Photo

Germany, by far the biggest exporter to the United States, is keen to avoid a wider trade war, especially as the Trump administration has floated the prospect of tariffs on cars, which would potentially be devastating to German exporters.

Other EU countries such as France favor a more robust stance against what they see as American bullying.

EU members have so far given broad support to a European Commission plan to set duties on 2.8 billion euros ($3.4 billion) of US exports. These could come into force from June 20, although EU officials said it might take a little longer.

EU exports subject to the US duties are worth 6.4 billion euros ($7.5 billion).

While the US administration’s decision to hit its European and North American allies with the metals tariffs was not aimed directly at China, it also sets the background for negotiations with Beijing, where Ross was headed on Friday for talks.

The Trump administration wants China to buy more US goods to lower a trade deficit. Opponents of the tariffs on European and North American metals say the administration is hurting allies when it needs them most to put pressure on Beijing.

“All countries, especially the major economies, should resolutely oppose all forms of trade and investment protectionism,” China’s foreign ministry spokeswoman Hua Chunying told a media briefing, when asked about the US move.

Malmstrom said over-production from China, not Europe, was to blame for the glut of steel that prompted the US action. She also announced a case against China at the WTO over the alleged infringement of intellectual property rights, saying the action simultaneous with the case against the United States showed that the EU was being even-handed.

US Chamber of Commerce President Tom Donohue warned in a letter to the body’s board that current trade policies could threaten economic progress and cause the loss of more than 2 million jobs, mostly in states that voted for Trump.