Trump tells Congress to pass a 'much higher' stimulus bill

President Donald Trump on Wednesday told fellow Republicans in Congress to "go for the much higher numbers" in another economic recovery package, which is contrary to what they have been seeking. 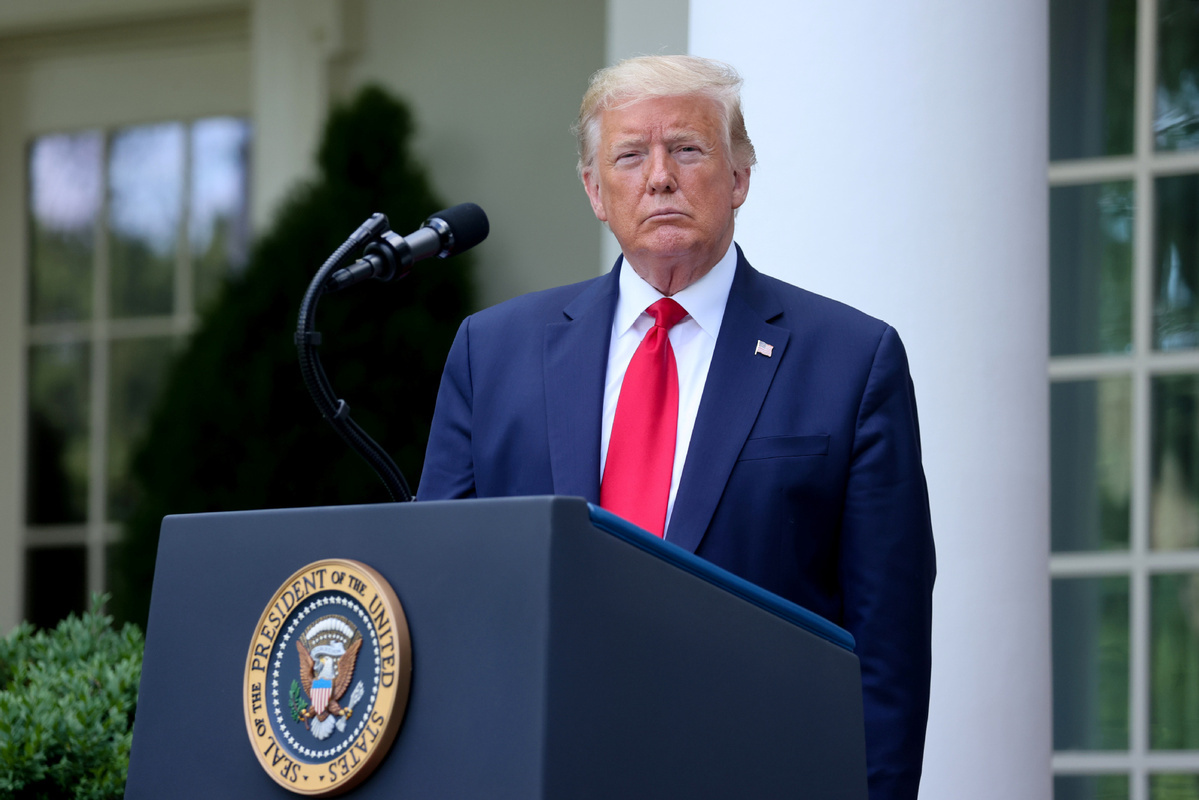 "That probably needs to get translated for us," Senator John Thune of South Dakota, the No. 2 Republican, said when told of Trump's tweet, which he suggested didn't reflect the political reality in the Senate.

But Democratic leaders in Congress jumped on Trump's tweet.

"We are encouraged that after months of the Senate Republicans insisting on shortchanging the massive needs of the American people, President Trump is now calling on Republicans to 'go for the much higher numbers' in the next coronavirus relief package," said House Speaker Nancy Pelosi of California and Senator Chuck Schumer, of New York, the minority leader.

Democrats want at least $2.2 trillion in stimulus spending, which White House negotiators and Republican leaders have said is far too high.

When the US Food and Drug Administration approves a vaccine or vaccines for COVID-19, they will be available for free to all Americans under a plan released Wednesday by the federal government.

Federal health agencies and the Defense Department gave a vaccination plan to Congress and an accompanying "playbook" for states from the Centers for Disease Control and Prevention (CDC).

There could be several vaccines from different manufacturers approved and available. There may be a limited supply of vaccines available initially, and the focus of the first phase of vaccinations will be on protecting health workers, other essential employees, and people in vulnerable groups. A second and third phase would expand vaccination to the entire country.

The director of the CDC, Dr Robert Redfield, said Wednesday at a Senate hearing that a vaccine would be available in "very limited supply" sometime between November and December. But for the general American public, he said a vaccine wouldn't be available probably until the middle or third quarter of 2021.

Trump said at a town hall event with ABC News on Tuesday that a vaccine could be ready within "three weeks, four weeks".

Redfield also said that the government doesn't have the estimated $6 billion it needs for the distribution of the vaccine. Funds were proposed in pandemic-relief legislation that Congress hasn't adopted.

Providing that money, Redfield said, "is as urgent as getting the manufacturing facilities up".

He again urged Americans to wear face masks as much as possible, saying, "We have clear scientific evidence they work and they are our best defense."

Redfield speculated that masks may be even more effective than a COVID-19 vaccine, particularly for people who don't respond to a vaccine.

But at an evening news conference at the White House, Trump said that a "vaccine is much more effective than the mask" and said Redfield may have misunderstood the question about vaccine availability.

After Trump's comments, CDC officials said later Wednesday that the director believed he was answering a question about when vaccination of all Americans could be completed.

Trump also said of the vaccine: "We think we can start sometime in October."

Football will return at 14 US universities in late October as members of the Big Ten Conference on Wednesday reversed a decision of more than a month ago not to play this fall because of the pandemic.

The public at first won't be allowed to attend games, which will be held starting the weekend of Oct 23-24, but conference officials said relatives of players could be permitted.

The league said players, coaches, trainers and others on fields would be tested daily for the virus and that any player who tests positive would be barred from games for at least 21 days.

Coaches, parents, players, fans and Trump had urged that the games be held. The president also offered federal aid. He greeted the announcement as "great news" and declared on Twitter that it was "my great honor to have helped!!!" It wasn't immediately clear whether the Big Ten accepted any of his offers of assistance.