US President Donald Trump's confrontation with Iran is posing a gut check for Congress, brazenly testing whether the House and Senate will exert their own authority over US military strategy or cede more war powers to the White House. 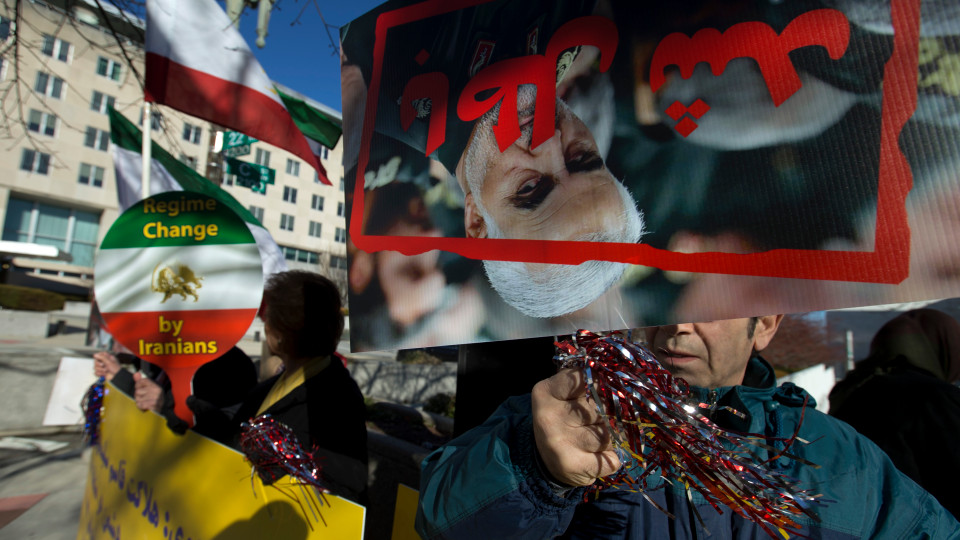 Member of the Iranian American community of Washington DC area rally outside the State Department in Washington, Monday, Jan. 6, 2020, in solidarity with the people of Iran, Syria and Iraq who celebrate the death of Iranian official, Gen. Qassem Soleimani.(Photo: AP)

As tensions rise at home and abroad, Speaker Nancy Pelosi will hold House votes this week to limit Trump’s ability to engage Iran militarily after the surprise US airstrike that killed Gen. Qassem Soleimani. A Senate vote is expected to soon follow.

Yet Congress has shown time and again it is unable to exert its ability to authorize — or halt — the use of military force. With their inaction, lawmakers have begrudgingly allowed the commander in chief to all but disregard Congress.

"I think this president has pushed this to the limit with action that has a huge, escalating effect," said Scott Anderson, a former attorney in the State Department's legal office and former legal adviser for the US Embassy in Baghdad. “Maybe this will push Congress to make it a priority. ... Anything short of legislative action doesn't mean anything.”

The showdown between the White House and Capitol Hill provides the latest example of how Trump’s willingness to break the norms in Washington is setting new standards in governance.

Ahead of the attack that killed the Iranian general, the president did not consult with congressional leaders. In the aftermath, he refused to make public his justification for the airstrikes.

Facing an outcry, Trump scoffed that his tweets should provide adequate updates to Congress, regardless of what is required by law.

Republicans have largely supported Trump's actions, saying the president was well within his power to take out Iran's architect of proxy operations against Americans in the Middle East. The US considered Soleimani a terrorist.

Senate Majority Leader Mitch McConnell said Monday there's plenty of time for lawmakers to learn more about the president's reasoning for the attack. He complained that Democrats "rushed to blame our own government before even knowing the facts, … rushed to downplay Soleimani’s evil while presenting our own president as the villain.''

But Senate Minority Leader Chuck Schumer said Monday, “It is essential for Congress to put a check on this president.”'

Jack Goldsmith, a professor at Harvard Law School, said both parties in Congress have for years gone along with an expansion of presidential war powers, especially with regard to the conflicts in the Middle East.

"In short, our country has — through presidential aggrandizement accompanied by congressional authorization, delegation, and acquiescence — given one person, the president, a sprawling military and enormous discretion to use it in ways that can easily lead to a massive war," Goldsmith said in an essay in Lawfare, an online newsletter he co-founded. “That is our system: One person decides.”

Past presidents at least signaled a nod to the legislative branch, which has the sole power under the Constitution to declare war, knowing they would need to ask Congress to pay for military operations. It's one way the founders sought to keep the executive in check.

But Congress has allowed its role to erode since the passage of Authorization for Use of Military Force in 2001 to fight terrorism after the Sept. 11 attacks, and passage of another AUMF for the invasion of Iraq in 2002.

The fallout from those votes has deeply divided Congress and the nation, with many lawmakers, particularly Democrats, now saying they were mistakes. Yet lawmakers have been paralyzed on the question of whether to repeal or change those authorities.

Only after US-based journalist Jamal Khashoggi was killed last summer in a gruesome murder at the Saudi Arabian consulate in Turkey did Congress muster the resolve to slap restrictions on US involvement with the Saudi-led war in Yemen.

It was a rare exertion of authority from Congress, the first since the passage of the War Powers Act of 1973. And Trump promptly vetoed it.

“There's no question the president has gotten stronger over time, the Congress less strong," said Wendy Sherman, a former undersecretary of state in the Obama administration and chief negotiator of the Iran nuclear deal.

“This is a president who we know makes decisions by impulse and without any deliberative process," said Sherman, who now directs the Center for Public Leadership at Harvard's Kennedy School. “Ceding all this power to an impulsive president ... puts our national security at risk.”

Pelosi announced the House will vote this week on a resolution from Rep. Elissa Slotkin, D-Mich., a former CIA and Defense Department official, that would require an end to the action against Iran unless Congress votes to authorize it.

Similar legislation passed the House last year but failed in the Senate. Sen. Tim Kaine, D-Va., is pushing it again this year and plans to force a vote that could come as soon as next week.

"I think this president doesn't care about Congress,'' Kaine told The Associated Press. “But the president is deeply concerned and to the point of insecurity about his own personal popularity. And I think a vote by Congress on a matter like this is ultimately a demonstration — well, what does the American public think? Should we be in another war in the Middle East?''

On Monday, Schumer and Sen. Robert Menendez, the top Democrat on the Senate Foreign Relations Committee, called on Trump to declassify "in full'' his notification to Congress over the weekend justifying the strikes.

Under the War Powers Act, the White House has 48 hours to notify Congress of such actions. Pelosi said it was “highly unusual” for the information to be entirely classified and is demanding a full briefing for Congress.

Debates have raged on and off Capitol Hill over whether the White House can continue to rely on nearly 20-year old authorizations for its actions abroad.

At the time of their passage, Congress resisted then-President George W. Bush's effort to secure an even broader authorization, clipping language that would have allowed for actions to deter future acts of terrorism against the US, according to a 2019 report from the Congressional Research Service.

“Because Congress did not accept this broader authorization language, it can be argued that Congress deliberately chose to limit presidential authority,” the report said, adding that the debate about the authorities since then “calls for legislative clarification of such scope.”

Texas GOP Sen. John Cornyn on Monday defended Trump, comparing the killing of the Iranian general to Obama's decision to target Osama bin Laden, even though that raid was more directly tied to the post-2001 war authorizations.

"The president not only has the authority under the Constitution, but the responsibility to defend the nation," Cornyn said. He also said Soleimani's death was not an assassination, as some have suggested.

“This was the president of the United States exercising his lawful authorities,” he said.