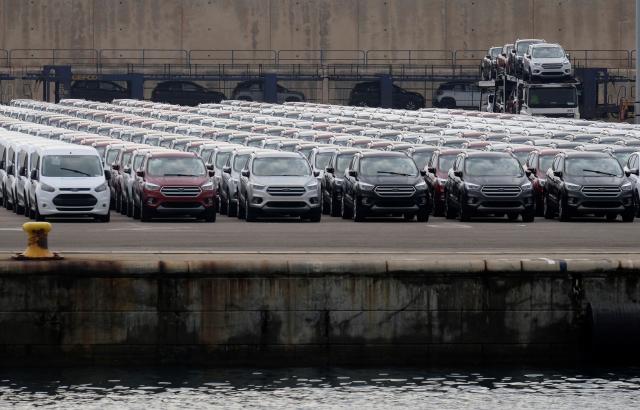 Parked cars are pictures at the car terminal at the port of Valencia, Spain May 29, 2018. (Reuters/Heino Kalis)

US President Donald Trump threatened to impose a 20 percent tariff on all European Union-assembled cars coming into the United States, a month after the administration launched an investigation into whether auto imports pose a national security threat.

“If these Tariffs and Barriers are not soon broken down and removed, we will be placing a 20% Tariff on all of their cars coming into the U.S. Build them here!” Trump wrote on Twitter Friday. The US Commerce Department aims to wrap up its investigation into whether imports of automobiles and auto parts pose a risk to national security by late July or August, Commerce Secretary Wilbur Ross said Thursday. 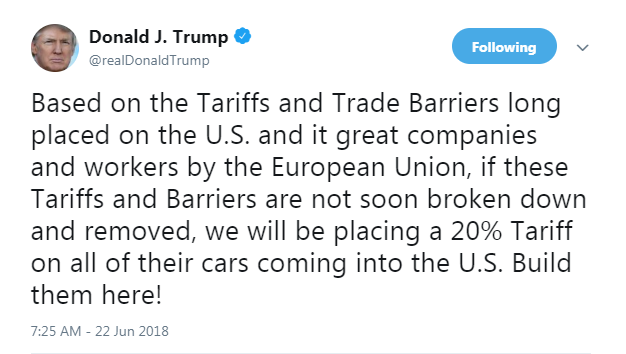