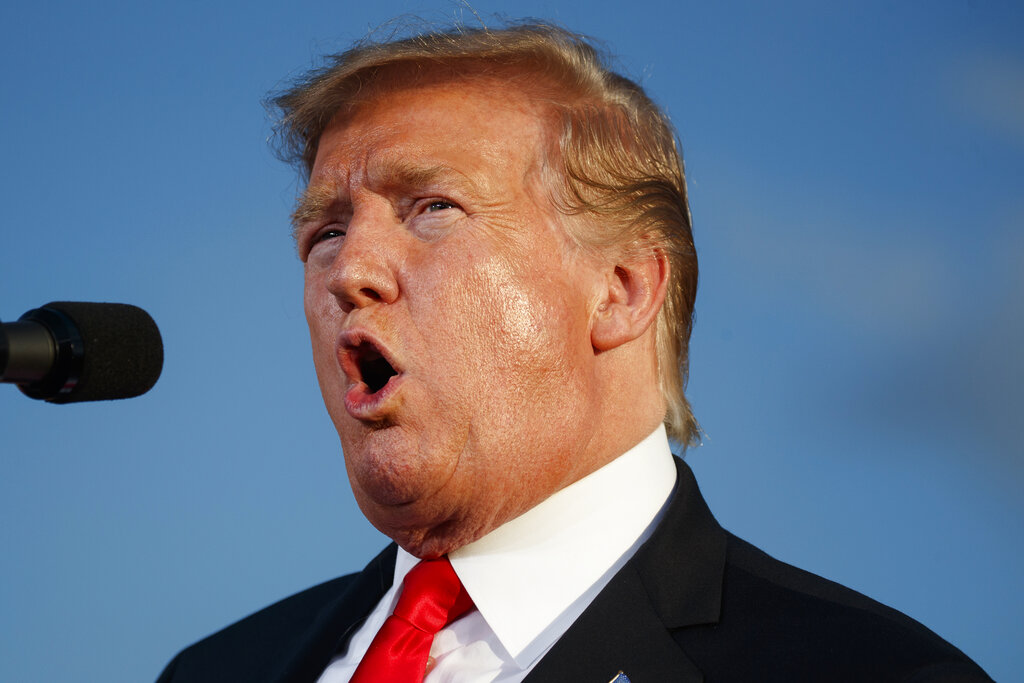 BEIJING, May 20 (Xinhua) -- US President Donald Trump made a fresh threat against Iran in a tweet Sunday.

"If Iran wants to fight, that will be the official end of Iran," Trump tweeted on Sunday afternoon.

The president's new tweet is an escalation of his tough stance on Iran.

In an interview the FOX News that aired Sunday, Trump said that he will not let Iran have nuclear weapons.

"I don't want to fight. But you do have situations like Iran, you can't let them have nuclear weapons -- you just can't let that happen," he told Fox News host Steve Hilton.

Over recent weeks, Washington has ratcheted up pressure against Tehran with a series of sanctions, designations and military threats, following Washington's year-long campaign against Iran after the US exit from the landmark Iran nuclear deal in May last year.

Also on Sunday, the US Navy announced that it had conducted training exercises in the Arabian Sea.

The exercises included air-to-air training, steaming in formation and maneuvering, and establishing joint communications to rapidly enable a command and control environment, according to the Navy.

The chief commander of Iran's Islamic Revolution Guards Corps (IRGC) said here on Sunday that the Islamic republic is ready to fend off the US war threats against the country.

Iran is currently facing threats close to its territory and the IRGC has prepared its resources against the threats, Major General Hossein Salami was quoted as saying on state TV.

The IRGC commander said that "although enemies are near the Iranian borders, they do not have the will to wage war and are afraid of fighting with the Iranians."

On Wednesday, the US State Department ordered the non-emergency US employees in both the embassy in Baghdad and the consulate in Erbil to leave Iraq.

Earlier, the US military said the US forces were on high alert in Iraq and Syria over fears of "imminent threats" from Iran-backed forces in the region.

The US measures came amid the tense situation in the region after Trump decided not to re-issue the sanctions waivers for major importers to continue buying Iran's oil when they expired in early May.

On Thursday, Salami vowed to resist the US pressures, saying that the US will fail to crush Iranian resistance.