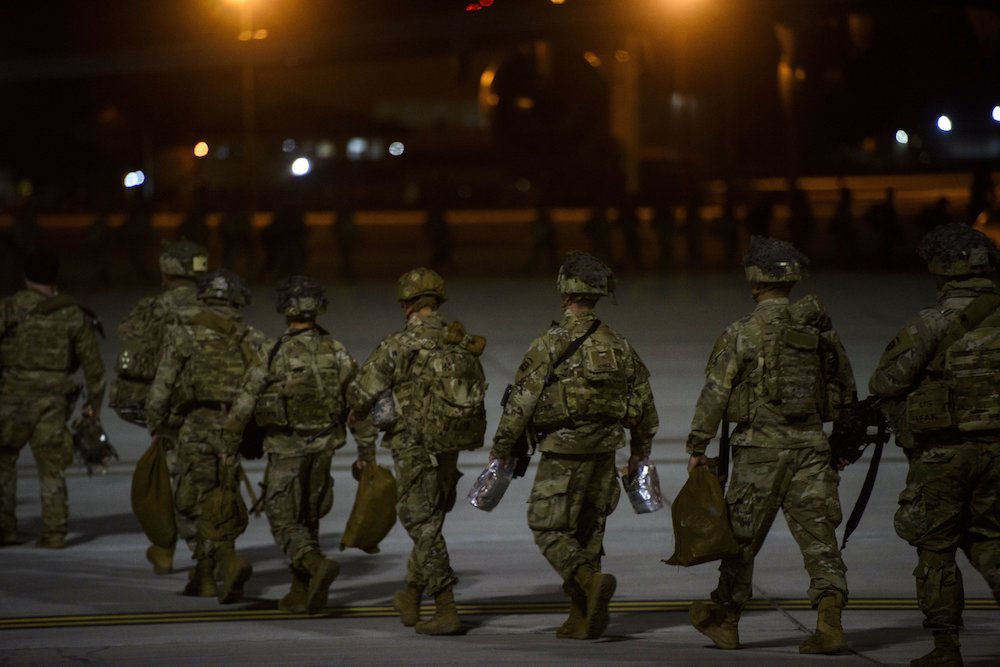 Washington(People’s Daily) – US President Donald Trump threatened Sunday to slap sanctions on Iraq after the Iraqi parliament passed a resolution calling for the government to expel foreign troops from the country.

"We've spent a lot of money in Iraq," Trump told reporters aboard Air Force One as he returned to Washington from Florida. "We have a very extraordinarily expensive air base that’s there. It cost billions of dollars to build...We’re not leaving unless they pay us back for it.”

"We will charge them sanctions like they’ve never seen before ever," Trump added, “If there’s any hostility, that they do anything we think is inappropriate, we are going to put sanctions on Iraq, very big sanctions on Iraq.”

In a statement, the US State Department expressed its disappointment over Iraqi parliament’s decision. It urged the war-torn country’s leader to “reconsider the importance of the ongoing economic and security relationship between the two countries and the continued presence of the Global Coalition to Defeat ISIS.”