WORLD Trump threatens to adjourn Congress to push through nominations

Trump threatens to adjourn Congress to push through nominations

US President Donald Trump threatened on Wednesday to take the unprecedented step of adjourning Congress to allow him to appoint officials whose nominations he claimed were being blocked by Democrats in the Senate. 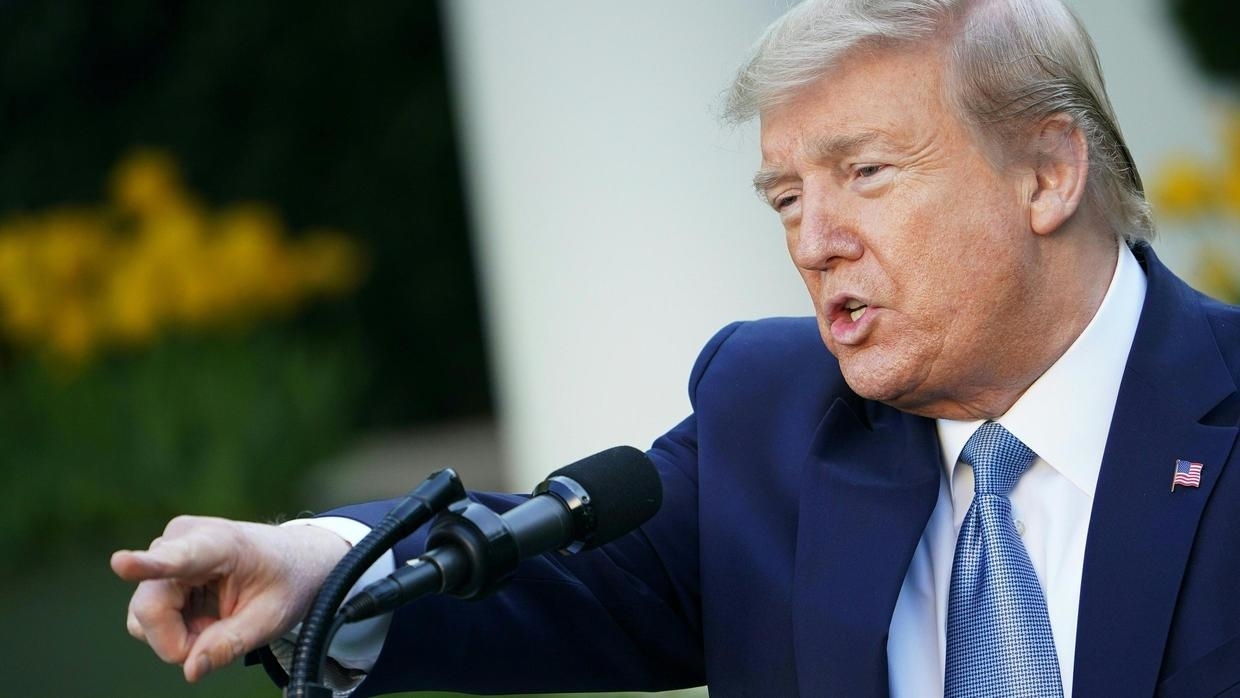 "I will exercise my constitutional authority to adjourn both chambers of Congress," Trump told reporters at a press conference in the Rose Garden of the White House.

"I'd rather not use that power," he said. "We'll probably be challenged in court and we'll see who wins."

Trump accused Democrats in the Republican-controlled Senate of stalling the nominations of several top administration officials whose appointments require hearings and Senate confirmation.

Past presidents have made what are known as "recess appointments" when Congress is not in session and Trump said he may adjourn the chambers to allow him to fill vacancies.

Although both the House and Senate have not been meeting amid the coronavirus pandemic they have not formally adjourned and have been holding what are known as pro forma sessions.

They are scheduled to return in formal session on May 4.

"The Senate should either fulfill its duty and vote on my nominees or it should formally adjourn so I can make recess appointments," Trump said.

"If the House will not agree to that adjournment I will exercise my constitutional authority to adjourn both chambers of Congress," he said.

Trump said some of the vacant positions needing to be filled were vital to the response to the coronavirus epidemic which has left more than 27,000 people dead in the United States.

"Perhaps it's never been done before," Trump said of adjourning the House and Senate. "But we're going to do it.

"We need these people here. We need people for this crisis, and we don't want to play any more political games."

Article II, Section 3 of the Constitution gives the president the power to adjourn the House and Senate if they cannot agree between themselves on when to adjourn.

Among the vacancies Trump cited as needing to be filled was the director of national intelligence, two nominees to the Federal Reserve Board and a senior post in the Department of Agriculture.

He also complained that the Senate had yet to approve his nominee to head the body which has oversight over the Voice of America broadcasting network.

Trump's nominee for director of national intelligence, Congressman John Ratcliffe of Texas, has not yet appeared before the Senate Intelligence Committee, the first step before his nomination would be sent to the Senate floor.

"This power has never been used and should not be used now," Turley wrote on Twitter.

"I have long been a critic of such recess appointments," he said. "A pandemic should not be an invitation for pandemonium."