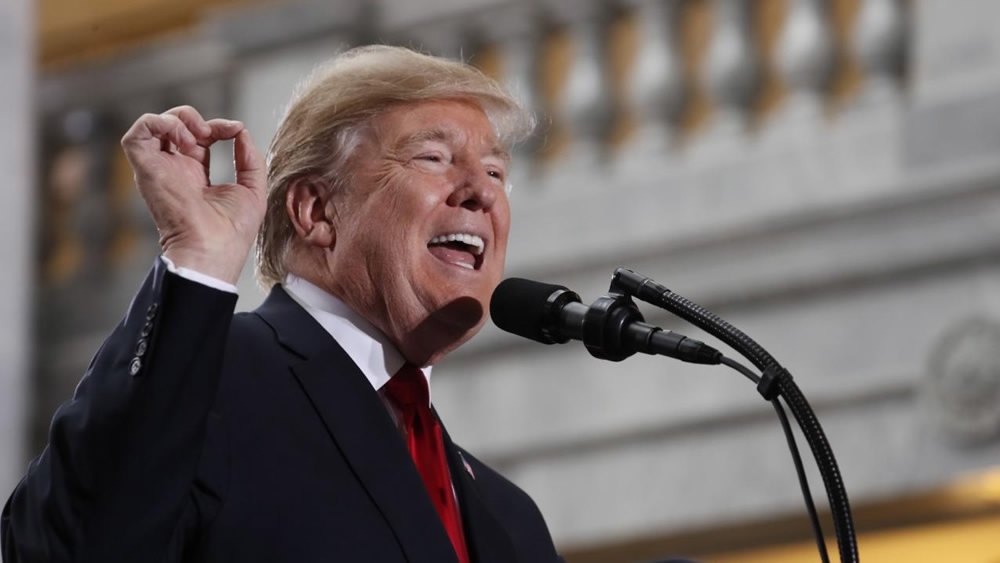 "They take hundreds of millions of dollars and even billions of dollars, and then they vote against us," US President Donald Trump on Wednesday threatened to cut off financial aid to countries that vote in favor of a draft United Nations resolution calling for the United States to withdraw its decision to recognize Jerusalem as Israel's capital, according to Reuters.

"Well, we're watching those votes. Let them vote against us. We'll save a lot. We don't care," he told reporters at the White House.

The 193-member UN General Assembly will hold a rare emergency special session on Thursday – at the request of Arab and Muslim countries – to vote on a draft resolution, which the United States vetoed on Monday in the 15-member UN Security Council. 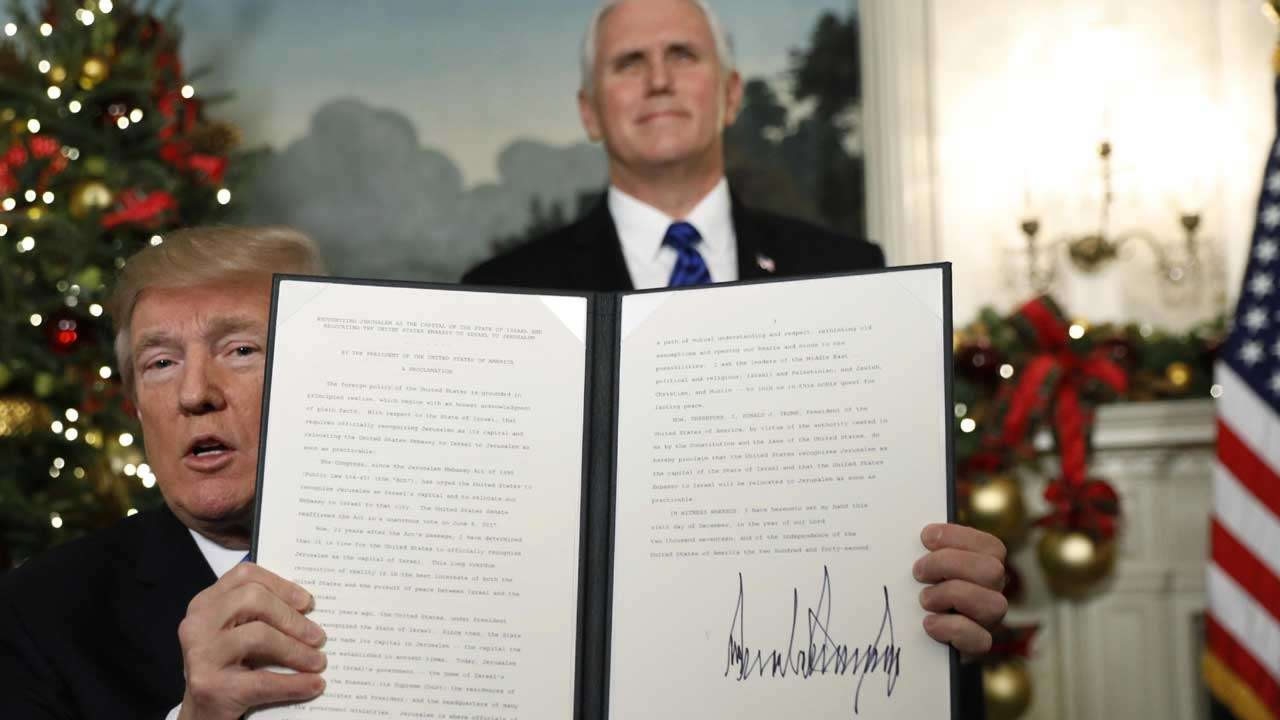 With Vice President Mike Pence looking on, US President Donald Trump displays an executive order after he announced the US would recognize Jerusalem as the capital of Israel, December 6, 2017. /Reuters Photo,

The remaining 14 Security Council members voted in favor of the Egyptian-drafted resolution, which did not specifically mention the United States or Trump but which expressed "deep regret at recent decisions concerning the status of Jerusalem."

Trump abruptly reversed decades of US policy this month when he recognized Jerusalem as Israel's capital, generating outrage from Palestinians and the Arab world and concern among Washington's Western allies. He also plans to move the US embassy to Jerusalem from Tel Aviv.

The draft UN resolution calls on all countries to refrain from establishing diplomatic missions in Jerusalem. 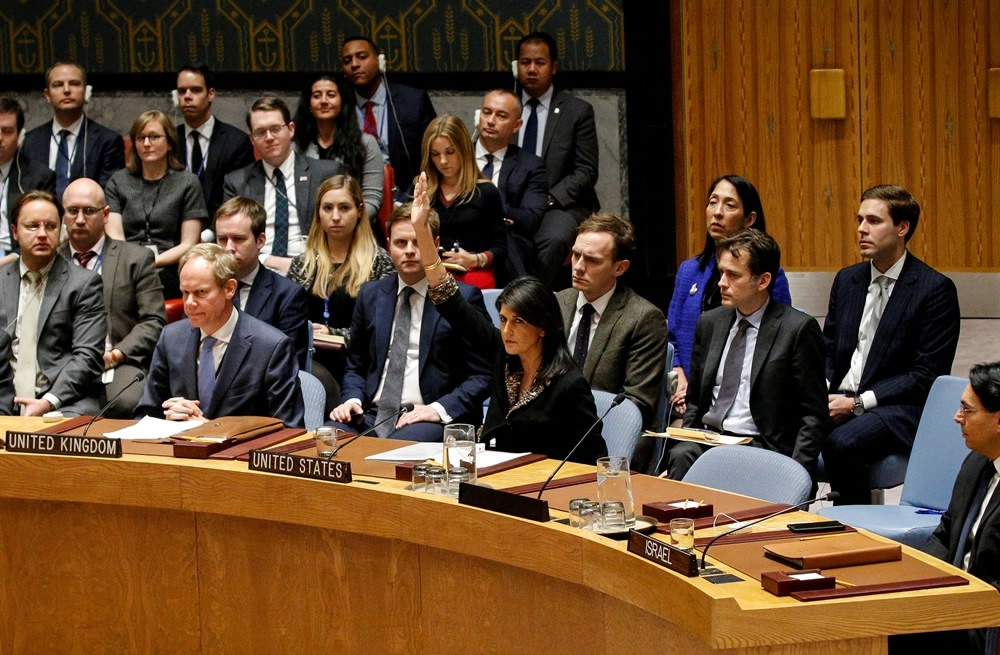 US Ambassador to the United Nations Nikki Haley vetoes an Egyptian-drafted resolution regarding recent decisions concerning the status of Jerusalem during a United Nations Security Council meeting at UN Headquarters in New York, US, December 18, 2017. /Reuters Photo,

According to figures from the US government's aid agency USAID, in 2016 the United States provided some 13 billion US dollars in economic and military assistance to countries in sub-Saharan Africa and 1.6 billion US dollars to states in East Asia and Oceania. 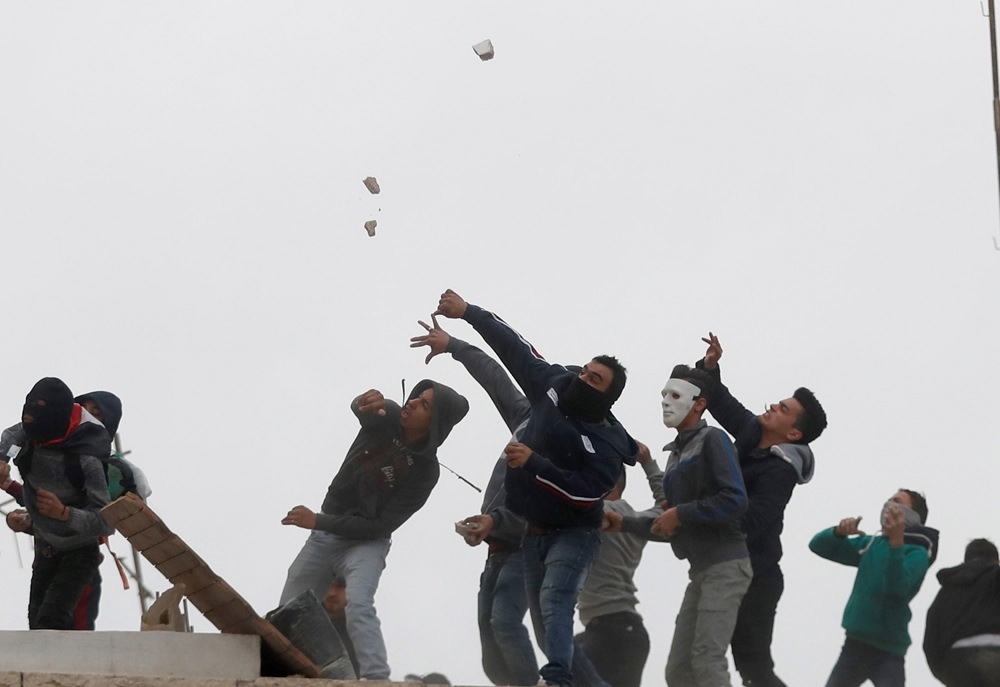 Palestinian protesters throw stones at Israeli forces during a protest against US President Donald Trump's decision to recognize Jerusalem as the capital of Israel, near Qalandia checkpoint near the West Bank city of Ramallah, December 20, 2017. /Reuters Photo,

Several senior diplomats said Haley's warning was unlikely to change many votes in the General Assembly, where such direct, public threats are rare. Some diplomats brushed off the warning as more likely aimed at impressing US voters.

Miroslav Lajcak, president of the General Assembly, declined to comment on Trump's remarks, but added: "It's the right and responsibility of member states to express their views." 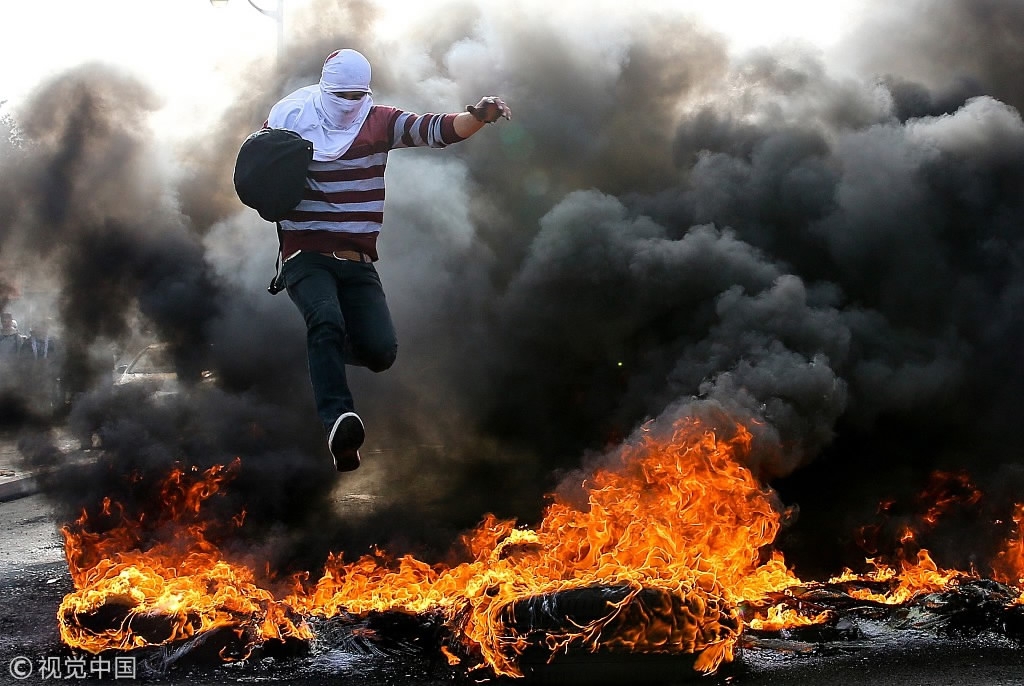 Palestinian protesters burn tires as they clash with Israeli security forces during a demonstration against US President Donald Trump's recognition of Jerusalem as Israel's capital, near Beit El Checkpoint in Ramallah, West Bank, December 11, 2017. /VCG Photo,

A senior diplomat from a Muslim country, speaking on condition of anonymity, said of Haley's letter: "States resort to such blatant bullying only when they know they do not have a moral or legal argument to convince others."

Responding directly to that comment on Twitter, Haley said: "Actually it is when a country is tired of being taken for granted."

A senior Western diplomat, speaking on condition of anonymity, described Haley's letter as "poor tactics" at the United Nations "but pretty good for Haley 2020 or Haley 2024," referring to speculation that Haley might run for higher office.