WORLD Trump threatens to reconsider US membership in WHO

Trump threatens to reconsider US membership in WHO

US President Donald Trump on Monday published a letter sent to Director-General Tedros Adhanom Ghebreyesus of the World Health Organization (WHO) on his Twitter, threatening to permanently freeze WHO funding and saying he will reconsider US membership in the organization. 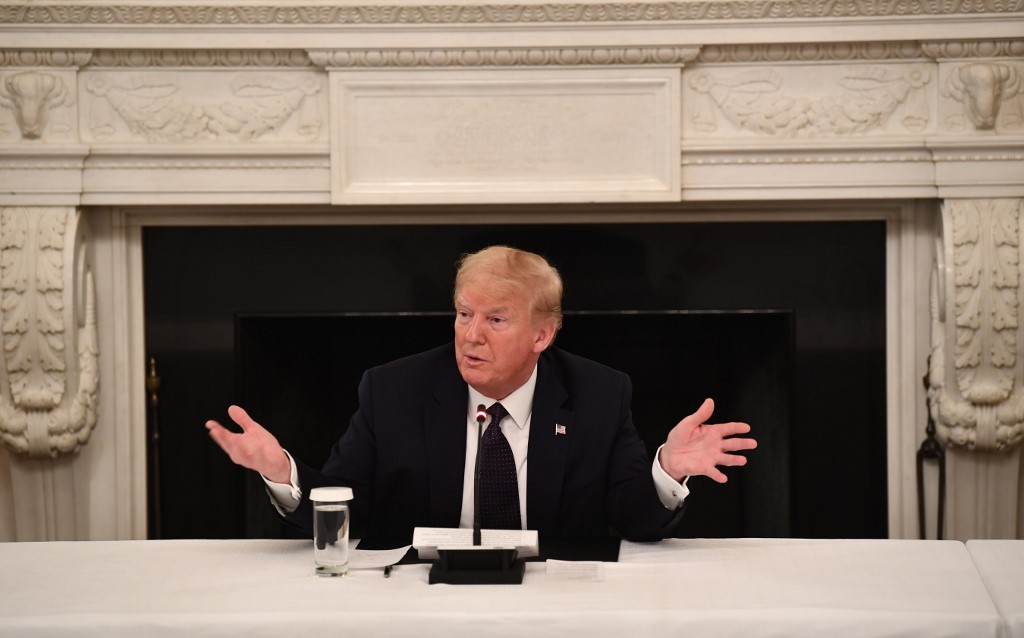 "If the organization does not commit to major substantive improvements within the next 30 days, I will make my temporary freeze of the United States funding to the WHO permanent and reconsider our membership in the organization," Trump wrote in the letter.

Trump suspended U.S. contributions to the WHO last month over its alleged mishandling of the COVID-19 pandemic. The decision sparked criticism across the world amid calls for solidarity in the global fight against the coronavirus. The WHO rejected the accusations.

It was reported last Friday that Washington was expected to restore partial funding to the WHO.

The U.S. government will "agree to pay up to what China pays in assessed contributions" to the agency, Fox News reported, citing a draft letter.

The United States was the WHO's biggest donor. If the U.S. matches China's contribution, its new funding level will be about one-tenth of its previous funding amount of about 400 million U.S. dollars per year, according to Fox News.

In his latest letter to Tedros, Trump listed what he says are examples of the WHO's shortcomings in managing the pandemic, including ignoring early reports of the emergence of the virus and being too close to China.

Beijing has voiced firm support to the WHO and Tedros, stressing that the UN body should continue to play a leading role in tackling the global crisis.

When addressing the opening of the 73rd session of the World Health Assembly via video link on Monday, Chinese President Xi Jinping repeated the stance.

"At this crucial juncture, to support WHO is to support international cooperation and the battle for saving lives as well," he said.