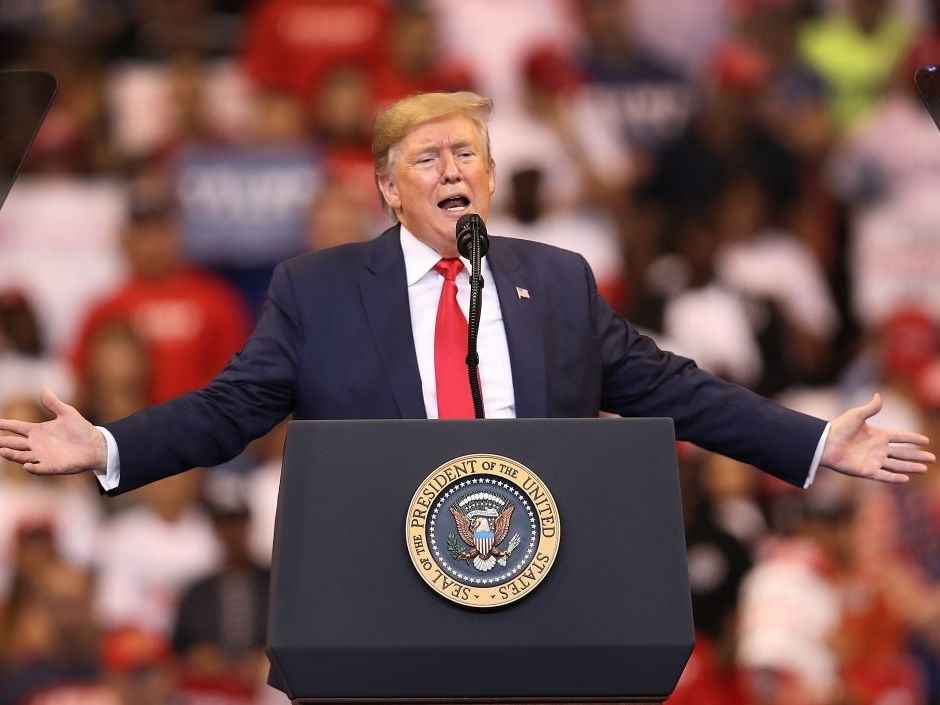 The announcement came after North Carolina Governor Roy Cooper, a Democrat, refused to allow the Republican National Convention, scheduled for Aug. 24 to Aug. 27 in Charlotte, to take place without restrictions on crowd size and other measures against the coronavirus.

The national convention's official business will still take place in Charlotte but "the celebration of the nomination and the economic impact that goes with it must be moved to Jacksonville," the Republican Party said in a press release.

It added that Trump will deliver his speech at Jacksonville's VyStar Veterans Memorial Arena, which holds around 15,000 people.

The Democratic Party's national convention was rescheduled to take place in Milwaukee, Wisconsin from Aug. 17. to Aug. 20, though party officials have discussed the possibility that it will be held virtually or in a modified form.