Trump to America's schools: Reopen or may lose federal funds

Determined to reopen America's schools despite coronavirus worries, President Donald Trump threatened on Wednesday to hold back federal money if school districts don't bring their students back in the fall. He complained that his own public health officials' safety guidelines are impractical and too expensive. 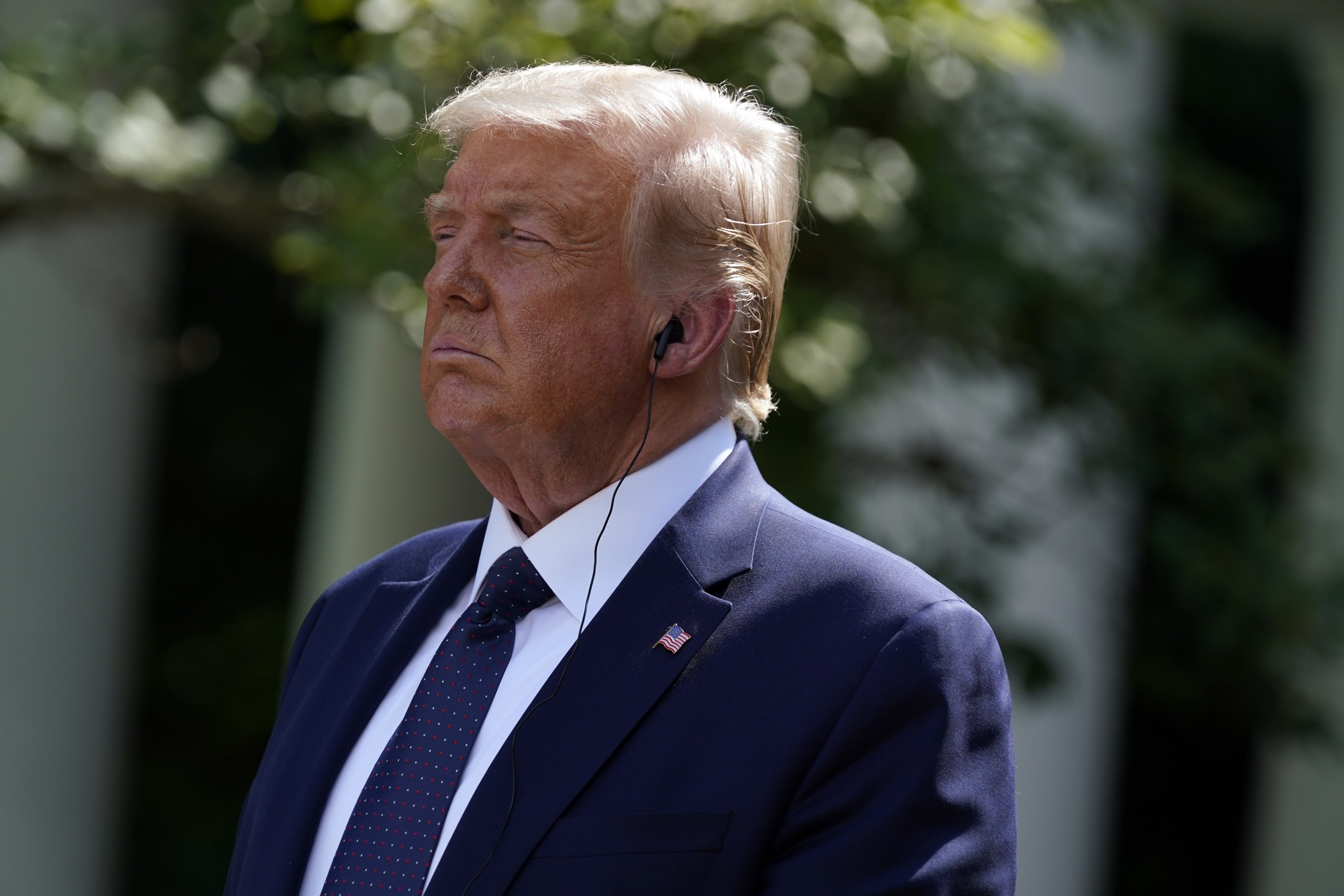 Shortly afterward, Vice President Mike Pence announced that the Centers for Disease Control and Prevention would be issuing new guidance next week "that will give all new tools to our schools." The recommendations will keep students safe, he said, but "the president said today we just don't want the guidance to be too tough. "

Despite Trump's increased his pressure on state and local officials, New York City announced that most of its students would return to classrooms only two or three days a week and would learn online in between. "Most schools will not be able to have all their kids in school at the same time," said Mayor Bill de Blasio.

For a nation that prides itself on its public school system, it's a newly extraordinary situation in this pandemic-ridden year.

With millions of the nation's parents anxious about their children's safety in the fall — and their own work interruptions if they must stay home — Trump continued to inject politics into public health. He accused Democrats yet again of wanting to keep schools closed for election-year reasons rather than health concerns. And he issued a veiled threat to CDC officials over their reopening guidelines, tweeting, "I will be meeting with them!!!"

Elsewhere in the nation, many states continued to confront a resurgence of the the virus, which has claimed more than 130,000 lives in the U.S.. But safety obstacles in schools can be surmounted, Trump insisted, and reopening "is important for the children & families. May cut off funding if not open!"

He did not say what funding he would pull, but Pence suggested at a coronavirus task force briefing that future COVID-19 relief bills could be tied to reopening schools as one way "to give states a strong incentive and encouragement to get kids back in school."

On Twitter, Trump argued that countries including Germany, Denmark and Norway have reopened schools "with no problems."

Germany did begin to reopen its schools in May, but in many cases students are taking turns going to school and studying at home for half the week — just the thing that administration officials have criticized. Germany authorities are aiming for classes to resume in close to normal fashion after the summer vacation.

Trump's Twitter warnings drew backlash from some governors who said he has no authority over schools' fall plans. New York Gov. Andrew Cuomo, a Democrat, said officials will reopen when it's safe to do so.

"School reopenings are a state decision, period," he said at a news conference. "That is the law, and that is the way we are going to proceed. It's not up to the president of the United States."

Trump made his threat a day after launching an all-out effort pressing state and local officials to reopen the nation's schools and colleges this fall. At a White House event Tuesday, health and education officials argued that keeping students out for the fall semester would pose greater health risks than any tied to the coronavirus.

Among those pushing for a fall reopening was the chief of the CDC. But Trump on Wednesday complained the agency's school opening guidelines were too tough and costly.

"While they want them open, they are asking schools to do very impractical things," Trump wrote.

The CDC's director, Dr. Robert Redfield, has emphasized that his agency's guidelines are only recommendations

"I want to make it very clear that what is not the intent of CDC's guidelines is to be used as a rationale to keep schools closed," he said at Wednesday's coronavirus task force briefing, which was held at the Education Department.

The CDC's guidance recommends that students and teachers wear masks whenever feasible, spread out desks, stagger schedules, eat meals in classrooms instead of the cafeteria and add physical barriers between bathroom sinks.

Trump did not clarify which of the guidelines he opposed. But a White House spokeswoman later offered an example, saying the president takes issue with the CDC's suggestion that students bring their own meals to school when feasible.

"There are 22 million children in this country who depend on these meals at schools, who depend on access to nutrition in schools," Kayleigh McEnany said.

Democrats slammed the president over his threats and warned him to keep out of the CDC's work. Sen. Patty Murray of Washington, ranking Democrat on the Education Committee, said the agency needs to be trusted to make decisions based on scientific evidence, "not on President Trump's Twitter outbursts."

"If the president interferes with that to suit his political interests, we have a huge problem," she said.

At the task force briefing, and a day earlier in a call with the nation's governors, Education Secretary Betsy DeVos said anything less than a full reopening would be a failure for students and taxpayers. But some of the nation's largest districts plan to bring back limited numbers of students for only a few days a week, saying it would be unsafe for all to return at once.

DeVos singled out Virginia's Fairfax County Public Schools, which are asking families to decide between fully remote instruction or two days a week at school

"A choice of two days per week in the classroom is not a choice at all," she said, according to audio of the call with governors obtained by The Associated Press.

In announcing New York City's plan for in-person instruction two or three days a week, de Blasio said schools can't accommodate all their students at any one time while maintaining social distancing. The city's public school system, with 1.1 million students, is by far the nation's largest.

The president of the largest education union said Trump was more interested in scoring points for the November election than in keeping students safe.

"Trump has proven to be incapable of grasping that people are dying — that more than 130,000 Americans have already died," said Lily Eskelsen García, president of the National Education Association. "Educators want nothing more than to be back in classrooms and on college campuses with our students, but we must do it in a way that keeps students, educators and communities safe."

The American Academy of Pediatrics recently issued guidelines suggesting that districts aim to start the academic year with students "physically present in school." Keeping students at home can lead to social isolation, the organization said, and prevent schools from identifying learning deficits, abuse, depression and other issues.