President of the United States Donald Trump will rail against a "left wing mob" for seeking to "tear down" U.S. history during a visit to Mount Rushmore on Friday amid concerns over holding a large gathering during a pandemic and criticism from Native Americans. 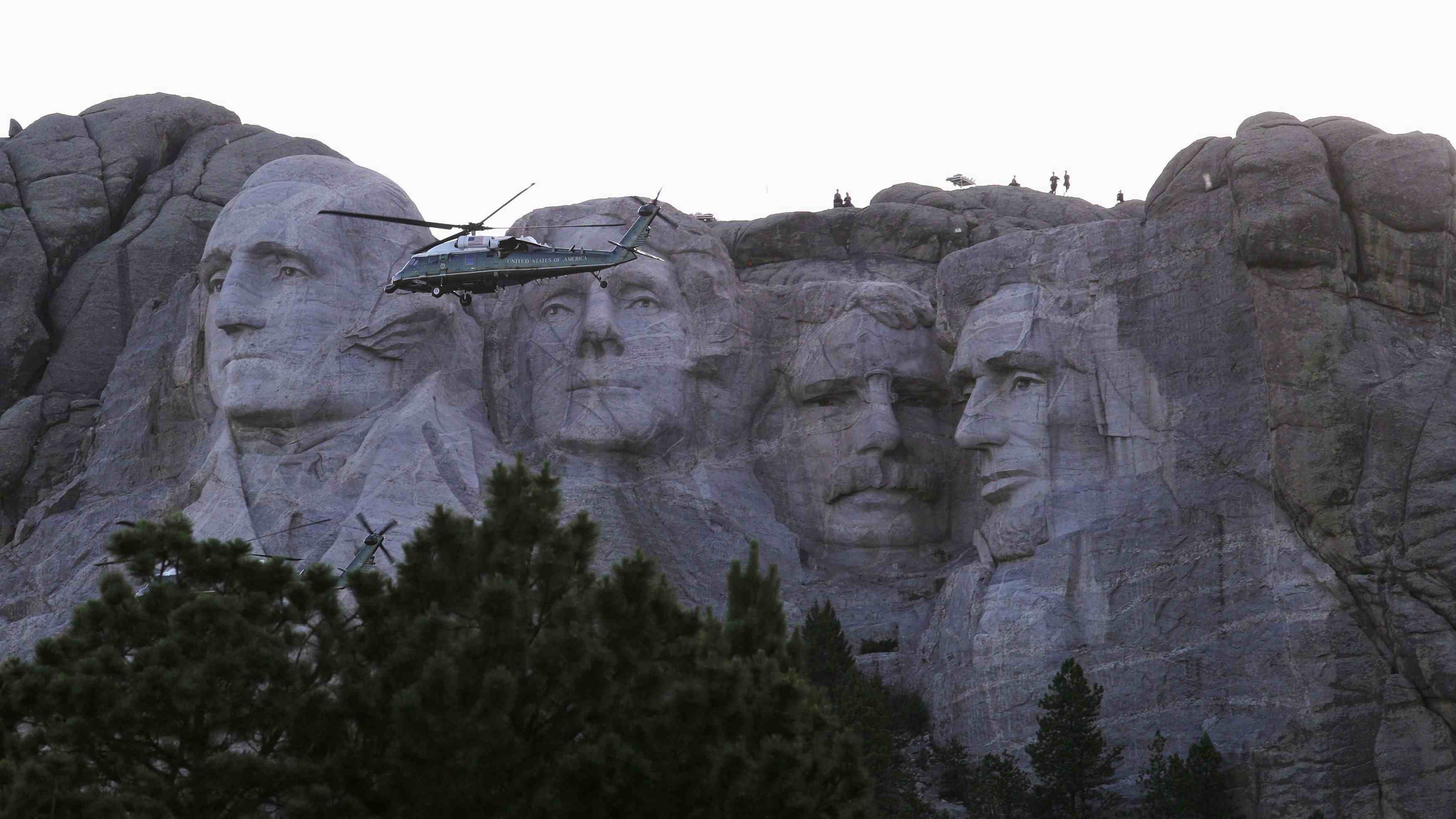 Trump will view a fireworks display as part of July 4 celebrations with thousands of people at the South Dakota landmark, which depicts the images of U.S. presidents George Washington, Thomas Jefferson, Theodore Roosevelt and Abraham Lincoln.

A Trump campaign official said the president, who has criticized protesters for tearing down statues during demonstrations against racial inequality, would criticize people who are trying to "tear down" the U.S.

"The left wing mob and those practicing cancel culture are engaging in totalitarian behavior that is completely alien to American life – and we must not accept it," the official said, paraphrasing Trump's expected remarks.

Trump sounded an optimistic note as he left Washington.

The president has come under criticism for his reaction to nationwide protests sparked by the death of George Floyd, a Black man who died in police custody in Minneapolis. Trump has emphasized a "law and order" response to the demonstrations.

The controversy surrounding the monument

The Democratic National Committee (DNC) tweeted at one point that Trump had disrespected Native Americans and that his South Dakota trip was "glorifying white supremacy." It later deleted the tweet.

While the mountainside monument is globally recognized, it is also shrouded in nearly eight decades of controversy, with the loudest objections coming from Native Americans who say the memorial is as offensive as Confederate monuments.

Both Washington and Jefferson, revered for their roles in the founding of the nation, were slave owners.

Mount Rushmore has not had fireworks since 2009 because of environmental concerns. Trump advocated for a resumption of the display, and the state says the surrounding Black Hills National Forest has "gained strength" since then and that fireworks technology has advanced.

It will be the Republican president's latest event with large crowds, defying health experts' recommendations to avoid big gatherings amid recent spikes of COVID-19 cases across the country.

Some 7,500 people are expected to attend the outdoor event. Masks will be available but are not required.

South Dakota Republican Governor Kristi Noem told Fox News earlier this week that those who had concerns could stay home and said "we won't be social distancing."

Cheryl Schreier, superintendent of the Mount Rushmore National Memorial from 2010 to 2019, admonished Noem and Trump for defying social distancing guidelines for an event she warned carried risks of spreading disease, triggering wildfires and contaminating groundwater.

"This is a recipe for disaster," she wrote in a column published in the Washington Post.

Trump won the reliably Republican-leaning state in 2016. He has been criticized for holding large events with little social distancing in Oklahoma and Arizona in recent weeks. On Thursday he predicted a "fireworks display like few people have seen."

Native Americans, who reportedly plan to protest during the trip, have criticized Trump's visit for increasing the risk of spreading the virus and for celebrating U.S. independence in an area that is sacred to them.

"It's like if he tried to go and have a fireworks display celebrating independence at the Vatican," Julian Bear Runner, president of the Oglala Sioux tribe, the Washington Post quoted him as saying.

The DNC, which did not respond to a request to explain the reasons for its deleted tweet, criticized Trump for not following social distancing guidelines.

"Instead of living up to the most basic responsibilities of his office this Independence Day, Donald Trump is still downplaying the virus, calling for a slowdown of testing, bucking social distancing guidelines, and showing Americans why we can't afford four more years of him in the White House," it said in a statement ahead of the trip.

Trump will hold another celebration for the July 4 holiday on Saturday in Washington.