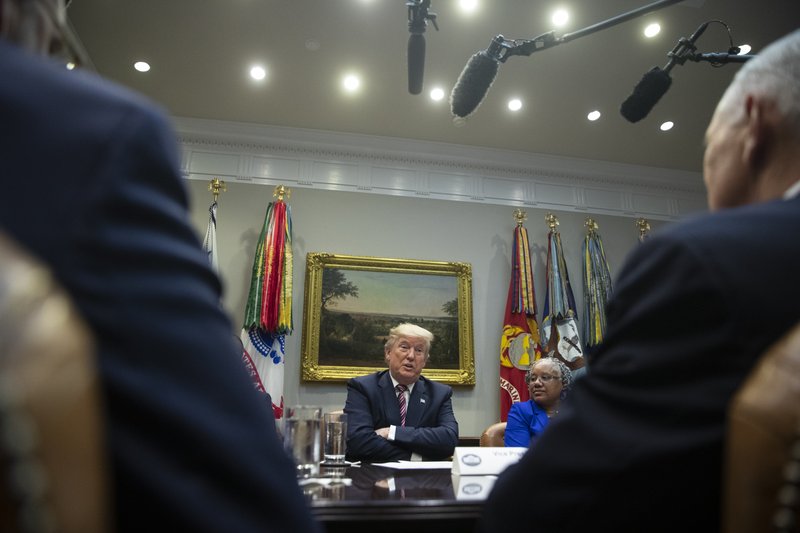 US President Donald Trump speaks during a small business roundtable in the Roosevelt Room of the White House, Friday, Dec. 6, 2019, in Washington. (Photo: AP)

US President Donald Trump says he will hold off on designating Mexican drug cartels as terrorist organizations.

In a tweet Friday, Trump says he was ready to issue a declaration but will hold off at the request of Mexican President Andres Manuel Lopez Obrador.

There was no immediate confirmation from the Mexican government. Mexico had pushed back against Trump’s plans, saying such a step by the US could lead to violations of its sovereignty.

Trump said last week in a radio interview that he “absolutely” would move ahead with plans to designate Mexico’s drug cartels as terrorist organizations, citing deaths of Americans blamed on drug trafficking and other activity by the cartels.

He says the US and Mexico will “step up” joint efforts to combat the cartels.