Trump to head to Louisiana as Hurricane Laura cleanup starts

The angry storm surge has receded and the clean up has begun from Hurricane Laura, but officials along this shattered stretch of Louisiana coast are warning returning residents they will face weeks without power or water amid the hot, stifling days of late summer. 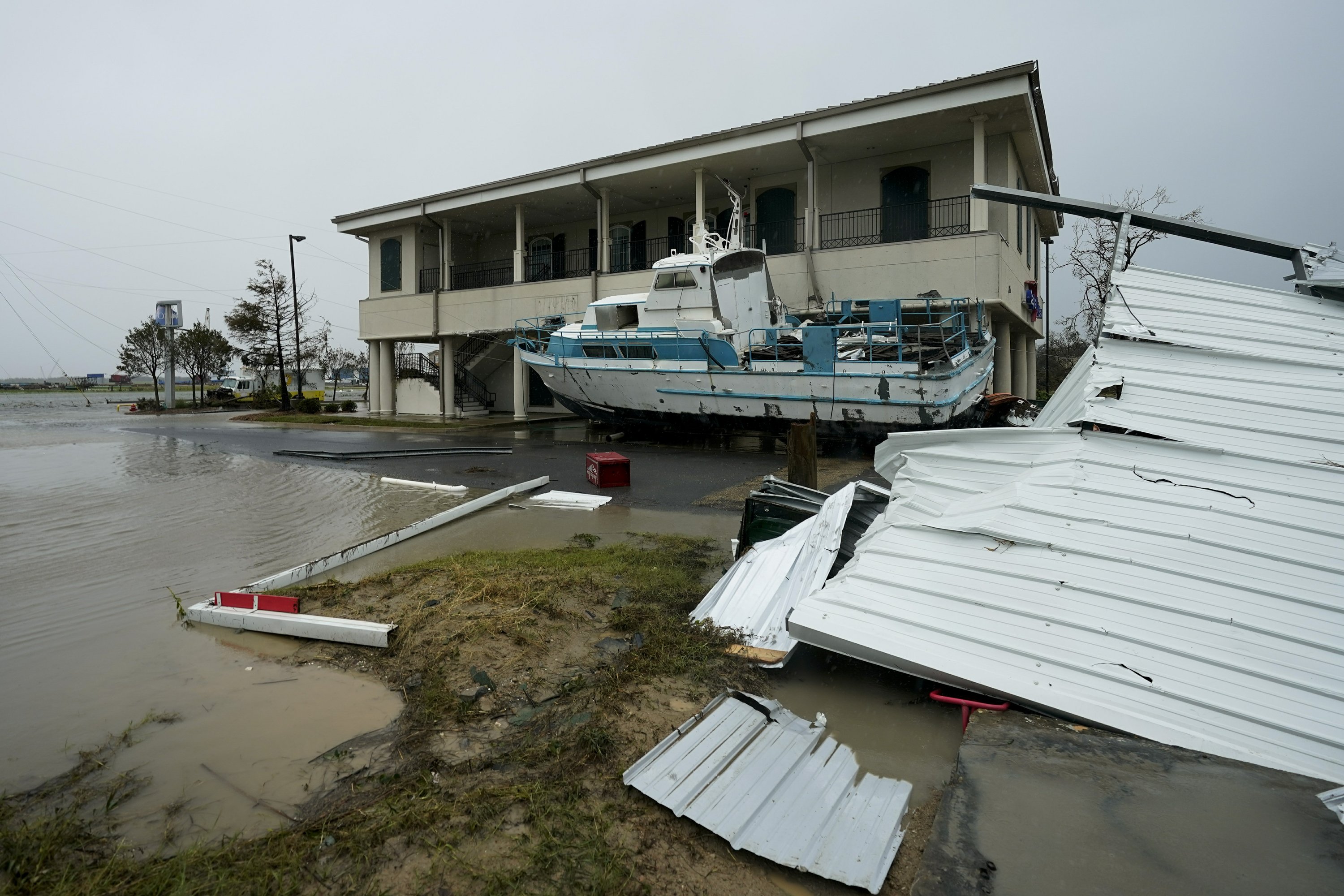 The U.S. toll from the Category 4 hurricane stood at 14 deaths, with more than half of those killed by carbon monoxide poisoning from the unsafe operation of generators.

President Donald Trump plans on Saturday to tour the damage in Louisiana and neighboring Texas. He told reporters he considered delaying his Thursday night speech accepting the Republican Party's nomination for reelection because of the storm. But he said that, as "it turned out, we got a little bit lucky. It was very big, it was very powerful, but it passed quickly. "

Across southwestern Louisiana, people were cleaning up from the destructive hurricane that roared ashore early Thursday, packing 150-mph (240-kph) winds. Many were deciding whether they wanted to stay in miserable conditions or wait until basic services are finally restored.

Lauren Sylvester returned to her townhouse in Lake Charles on Friday after heeding a mandatory evacuation order and staying with her mother in a city about 95 miles (130 kilometers) away.

The inside of her unit was not directly damaged, but the roof lost shingles. Around her home, it was a different story. Power lines and trees were down.

"It's still an incredible amount of damage," said Sylvester, who was heading back to her mother's house as soon as she finished cleaning up.

Simply driving was a feat in Lake Charles, a city of 80,000 residents hit head on by the hurricane's eye. Power lines and trees blocked paths or created one-lane roads that drivers had to navigate with oncoming traffic. Street signs were snapped off their posts or dangling. No stoplights worked, making it an exercise in trust with other motorists sharing the roads.

Mayor Nic Hunter cautioned that there was no timetable for restoring electricity and that water-treatment plants "took a beating," leaving barely a trickle of water coming out of most faucets. "If you come back to Lake Charles to stay, make sure you understand the above reality and are prepared to live in it for many days, probably weeks," Hunter wrote on Facebook.

Caravans of utility trucks were met Friday by thunderstorms in the sizzling heat, complicating recovery efforts.

The Louisiana Department of Health estimated that more than 220,000 people were without water. Restoration of those services could take weeks or months, and full rebuilding could take years.

Forty nursing homes were relying on generators, and assessments were underway to determine if more than 860 residents in 11 facilities that had been evacuated could return.

The much weaker remnants of the hurricane continued to move across the Southern U.S., unleashing heavy rain and isolated tornadoes. North Carolina and Virginia could get the brunt of the worst weather Saturday, forecasters said.

When the storm moves back over the Atlantic Ocean, forecasters said it could become a tropical storm again and threaten Newfoundland, Canada.

Louisiana Gov. John Bel Edwards called Laura the most powerful hurricane to strike Louisiana, meaning it surpassed even Katrina, which was a Category 3 storm when it hit in 2005. He said Friday that officials now believe the surge was as high as 15 feet (4.5 meters).

The hurricane also killed nearly two dozen people in Haiti and the Dominican Republic en route to the Gulf Coast.

In Lake Charles, chainsaws buzzed and heavy machinery hauled tree limbs in the front lawn of Stanley and Dominique Hazelton, who rode out the storm on a bathroom floor. A tree punctured the roof not far from where the couple was taking cover.

"There's people without homes," Stanley Hazelton said. "So it was dumb. We'll never do it again. We'll never stay through another hurricane again."