Trump to host Israel's Netanyahu at White House next week 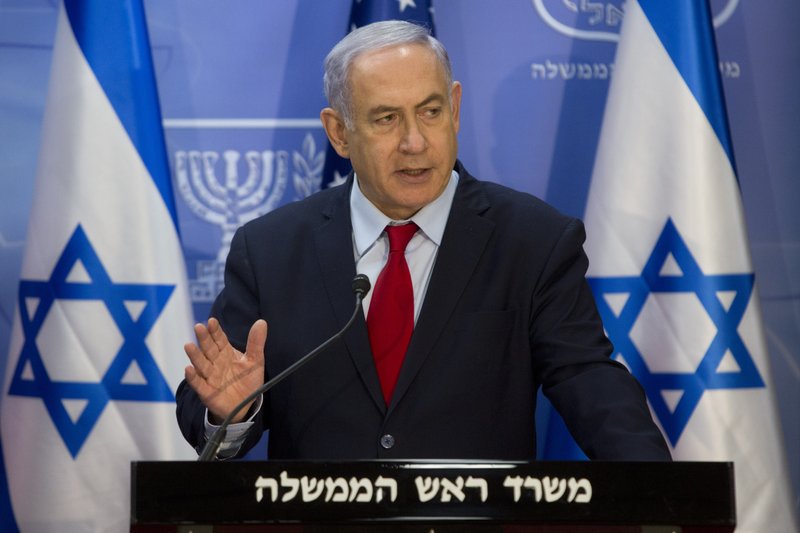 Israeli Prime Minister Benjamin Netanyahu gestures as he speaks during joint statements with US Secretary of State Mike Pompeo at the Prime Minister's office in Jerusalem, Wednesday, March 20, 2019. (Photo: AP)

Netanyahu will visit Washington on Jan. 28, the White House said in a statement, adding that the visit "is an opportunity to discuss our shared regional and national security interests."

Benjamin Gantz, Blue and White Chairman and elections rival of Netanyahu, also accepted Trump's invitation to come to Washington, according to the statement.

Trump is expected to discuss his Middle East peace plan with his Israeli guests. Media reports speculated that Trump could release the plan before the elections in Israel on March 2.

Trump has postponed several times the publication of his "Deal of the Century" for peace between Israelis and Palestinians.

The economic part of Trump's peace plan was unveiled during a US-led conference in Bahrain last June, a convention boycotted by the Palestinians.

Political ties between Palestine and the United States have been severed right after Trump declared Jerusalem as the capital of Israel in 2017 and moved the US embassy to the city in 2018.