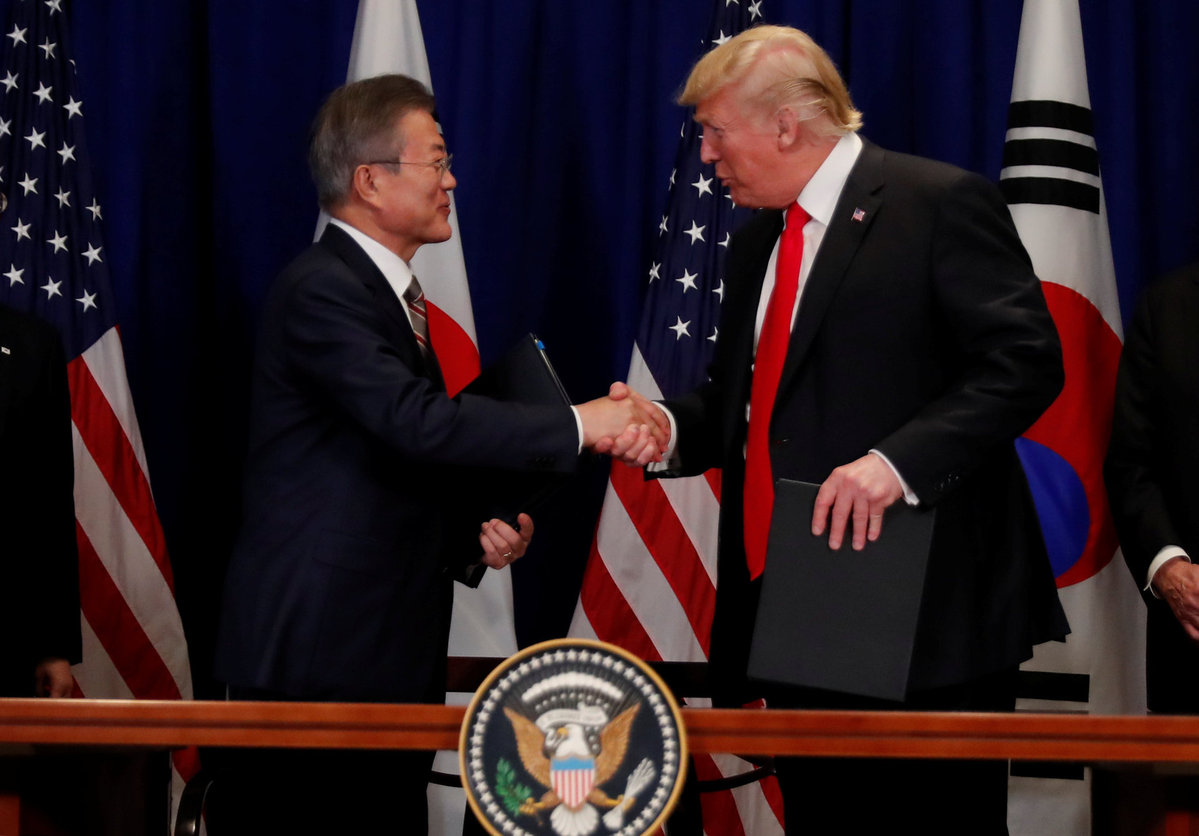 US President Donald Trump (L) shakes hands with the Republic of Korea President Moon Jae-in during their meeting at the White House in Washington D.C., US, on April 11, 2019. (Photo: Xinhua)

During the talks, Moon and Trump will make an in-depth discussion on how to closely cooperate between the two countries over the complete denuclearization of and the lasting peace settlement on the Korean Peninsula while solidifying the bilateral alliance further, the spokesperson noted.

The Moon-Trump summit would come less than three months after their latest meeting in Washington in April.

The last Trump trip to Seoul was made in November 2017. Before visiting South Korea, Trump was set to participate in the Group of 20 (G20) summit in Osaka, Japan, from Friday to Saturday.

The Blue House spokesperson said the upcoming Trump visit to South Korea would come at the invitation of Moon.

She added that detailed schedules for Trump in South Korea, which were currently under discussions, will be unveiled later when fixed.