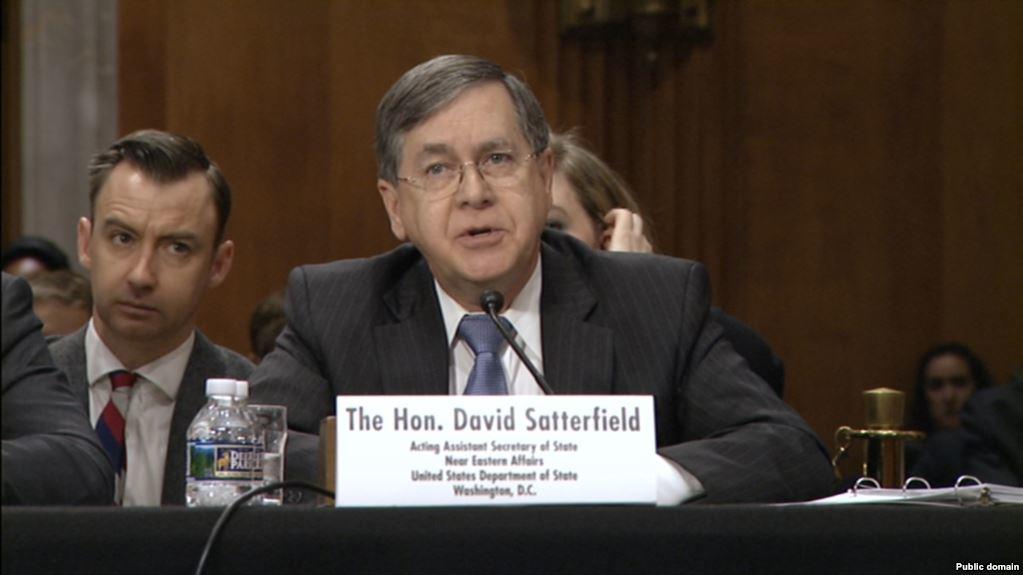 US President Donald Trump intends to nominate David Satterfield, a diplomat with vast experience in the Middle East, as US ambassador to Turkey, the White House said on Friday.

Satterfield, who currently serves as the acting assistant secretary of state for Near Eastern affairs, has nearly four decades of experience in the Middle East, including assignments in Syria, Tunisia, Saudi Arabia and two tours in Lebanon, according to the State Department.

The US ambassadorship to Turkey has been vacant since October 2017.

The nomination comes at a critical moment as the United States and Turkey have been recently sparring over the fortunes of Kurdish militia in northern Syria, which is an ally of Washington in the campaign against the Islamic State, but viewed as a "terrorist group" by Ankara.

Currently, there are about 2,000 US troops deployed in Syria. General Joseph Votel, the commander of the US Central Command, told media on Feb. 10 that the United States would likely start to withdraw its troops from Syria in weeks.