WORLD Trump to nominate conservative Stephen Moore for Fed board

Trump to nominate conservative Stephen Moore for Fed board 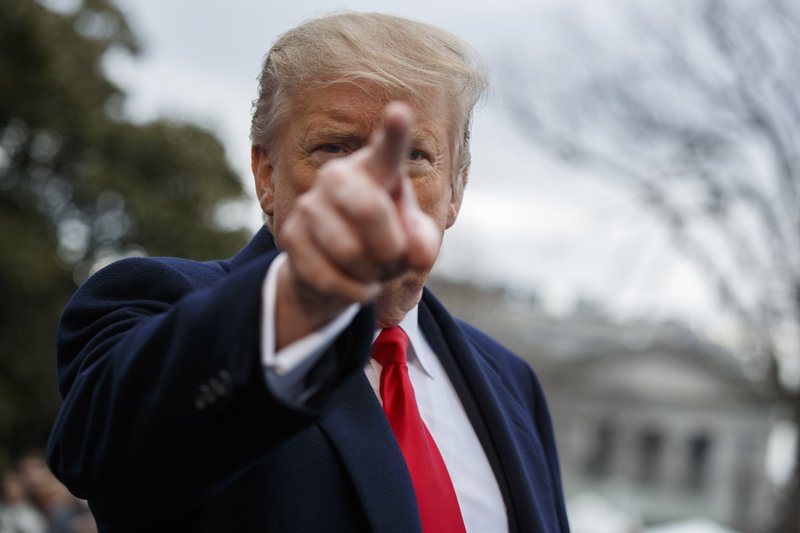 US President Donald Trump talks with reporters before boarding Marine One on the South Lawn of the White House, Friday, March 22, 2019, in Washington. (Photo: AP)

US President Donald Trump said Friday that he will nominate Stephen Moore, a conservative economic analyst and frequent critic of the Federal Reserve, to fill a vacancy on the Fed’s seven-member board.

Moore, a well-known and often polarizing figure in Washington political circles, served as an adviser to Trump during the 2016 campaign. In that role, he helped draft Trump’s tax cut plan.

Trump has been harshly critical of the Fed’s rate increases even after the central bank announced this week that it foresees no hikes this year. Moore, formerly chief economist for the conservative Heritage Foundation, has also been critical of the policies of Chairman Jerome Powell.

A fervent advocate of tax cuts, Moore is close to Larry Kudlow, head of the White House National Economic Council. The two collaborated in shaping the tax overhaul that Trump signed into law at the end of 2017, leading to changes that largely favored tax cuts for corporations and wealthier individuals with the idea of spurring investment and faster growth.

Trump in his first two years in office has been able to reshape the central bank. He nominated four of the current five members. And he tapped Powell, who had been chosen for the Fed board by President Barack Obama, to succeed Janet Yellen as chairman. If confirmed by the Senate, Moore would fill one of two vacancies on the board.

Given his sharply partisan reputation, Moore could spark opposition among Democrats in the Senate. But Trump can score points with his core supporters — and with the majority Republicans in the Senate — by rejecting any assertions that Moore is too ideological for a Fed role that would make him a watchdog over the economy.

The selection of Moore marks a deviation from Trump’s previous selections for the board toward a visible public figure who has long pushed conservative economic ideology. In a March editorial in The Wall Street Journal, Moore estimated that Fed rate policies had reduced inflation-adjusted economic growth by as much as 1.5 percentage points in the past six months. Moore proposed that the Fed set short-term rates with an eye toward stabilizing commodity prices, rather than solely on overall inflation.

This approach, Moore has argued, would have prevented the Fed from raising rates as much as it has. And he contended that this approach, if adopted, would help accelerate economic growth above 3 percent, compared with the longer-run average of 1.9 percent that Fed officials have forecast.

Moore has often embraced a confrontational tone in his commentary on the Fed. In a 2012 Wall Street Journal column, he suggested that the chairman at the time, Ben Bernanke, had kept rates near zero and arranged for the Fed to buy bonds in order to help Barack Obama win re-election, rather than help the economy recover from the financial crisis and Great Recession.

Moore had earlier predicted in 2010 that the Fed’s low rates would ignite inflation, and he advised investors to buy gold. He pressed his case in 2011, warning on Fox News, “We’re starting to see that specter of inflation.”

His warnings of runaway inflation proved off-base. The average inflation rate would fall from 3.1 percent in 2011 to near zero in 2015.

With Trump as president, Moore became a sharp critic of Fed policies to shrink its balance sheet and return rates to what the central bank sees as a neutral level — neither stimulating nor hindering growth. He went so far as to suggest that Trump might consider trying to fire Powell for the rate hikes under his watch.

“What the law says, I believe, is (Trump) can replace the Federal Reserve Chairman for cause,” Moore said during a December radio interview. “And, you know, I would say, well, the cause is that he’s wrecking our economy.”

Moore has frequently praised the administration on television, and he co-wrote the 2018 book “Trumponomics.” His partner on that book was Art Laffer, who pioneered the Republican doctrine that lower tax rates would accelerate economic growth in ways that could minimize debt.

But federal debt has jumped since Trump’s overhaul to the tax code, surging nearly 77 percent through the first four months of fiscal 2019 compared with the previous year.