WORLD Trump to Republican governor: 'too soon' to reopen

Trump to Republican governor: 'too soon' to reopen 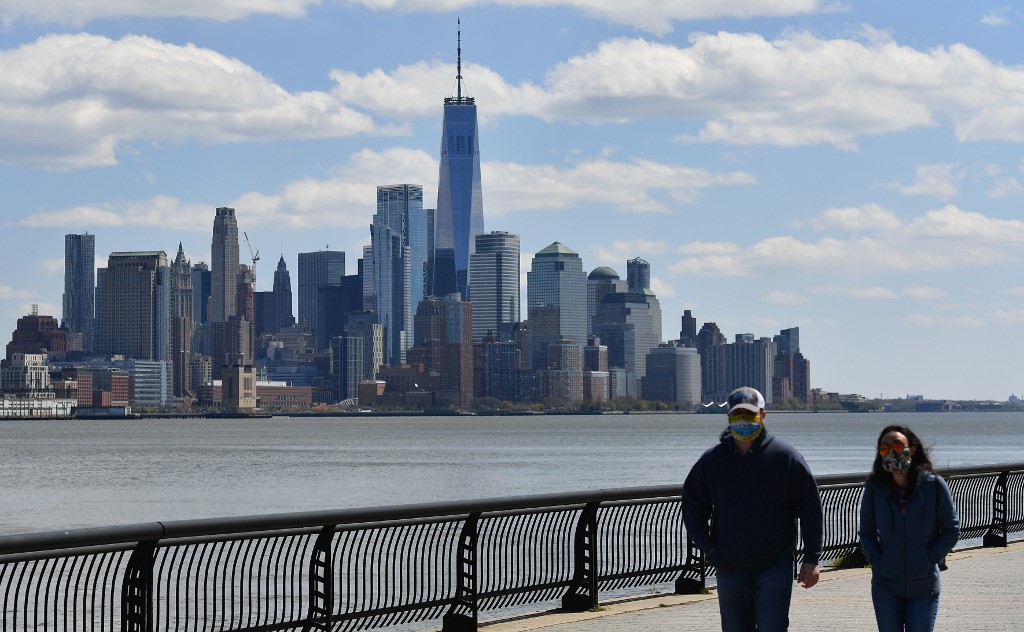 A couple walks along the Hudson river with view of lower Manhattan and One World Trade Center on April 22, 2020 in Hoboken, New Jersey. (Photo: AFP)

Trump's administration last week laid out gradual plans to get America back to work while observing health guidelines as much as possible to limit the spread of the coronavirus.

But Brian Kemp, governor of the southern state of Georgia, and Florida's Ron DeSantis, both Republicans like Trump, have announced more aggressive easing of restrictions. Kemp said that from Friday he is allowing gyms, bowling alleys, tattoo parlors, barbershops, nail salons and other small firms to reopen.

At his daily briefing, Trump told reporters "it's too soon" for those businesses to resume operations.

"I told the governor of Georgia, Brian Kemp, that I disagree strongly with his decision to open certain facilities which are in violation of the Phase One guidelines" for reopening issued last week. There must be 14 days of declining infection numbers before a reopening, the government said.

"I respect him and I will let him make his decision. Would I do that? No. I'd keep them (closed) a little bit longer. I want to protect people's lives," Trump said.

At the same press conference, the country's top infectious disease expert, Anthony Fauci, said that if he were advising Kemp, "I would tell him that he should be careful. And I would advise him not to just turn the switch on and go."