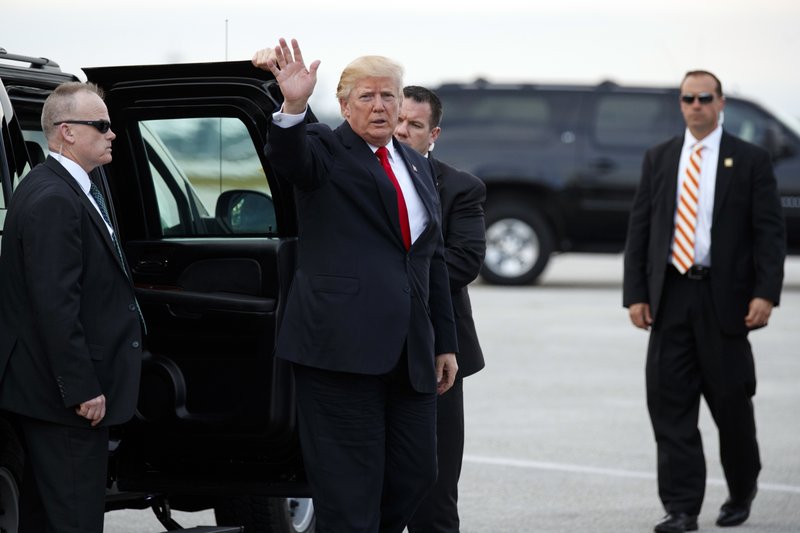 WASHINGTON, Oct. 15 (Xinhua) -- US President Donald Trump on Monday said that he will send Secretary of State Mike Pompeo to Saudi Arabia over the disappearance of a Saudi Arabian journalist.

Trump tweeted that he had "just spoke to the King of Saudi Arabia who denies any knowledge of whatever may have happened 'to our Saudi Arabian citizen.'"

"He said that they are working closely with Turkey to find answer," Trump said. "I am immediately sending our Secretary of State to meet with King!"

"The President has called for a prompt and open investigation into the disappearance of Washington Post journalist Jamal Khashoggi," the statement read.

Khashoggi, a journalist and columnist for The Washington Post, has been missing since he entered the Saudi Consulate in Istanbul on Oct. 2.

Unconfirmed reports said that Khashoggi was likely killed inside the compound, which were denied by Saudi officials as "baseless."

A Saudi delegation arrived in Turkey on Friday to discuss the case with Turkish authorities, following a Turkish presidential spokesperson's announcement that a joint Turkish-Saudi investigation team would be formed upon the kingdom's request.

During the phone call, Erdogan urged Saudi Arabia to explain Khashoggi's fate and provide evidence that Khashoggi exited the building after entering.

France, Germany and Britain on Sunday have expressed concerns over the case, calling for "a credible investigation" into the incident.

In a joint statement, the top diplomats of the three European countries stressed that "all the light must be shed on the disappearance of ... Khashoggi," and that "there needs to be a credible investigation to establish the truth about what happened, and, if relevant, to identify those responsible ... and ensure that they are held to account."

Earlier last week, Trump said during an interview that he will impose severe punishment if Saudi Arabia is confirmed to be behind Khashoggi's alleged death.

However, he refused to tell what measures he would take, only saying that he would not choose to impose sanctions on the country for fear of losing its military sales orders with US companies.

Saudi Arabia on Sunday strongly warned against any threats to exert economic sanctions or political pressure on the kingdom, saying it will respond to any action with greater action as the kingdom plays an influential and vital role in the regional and global security and economy.