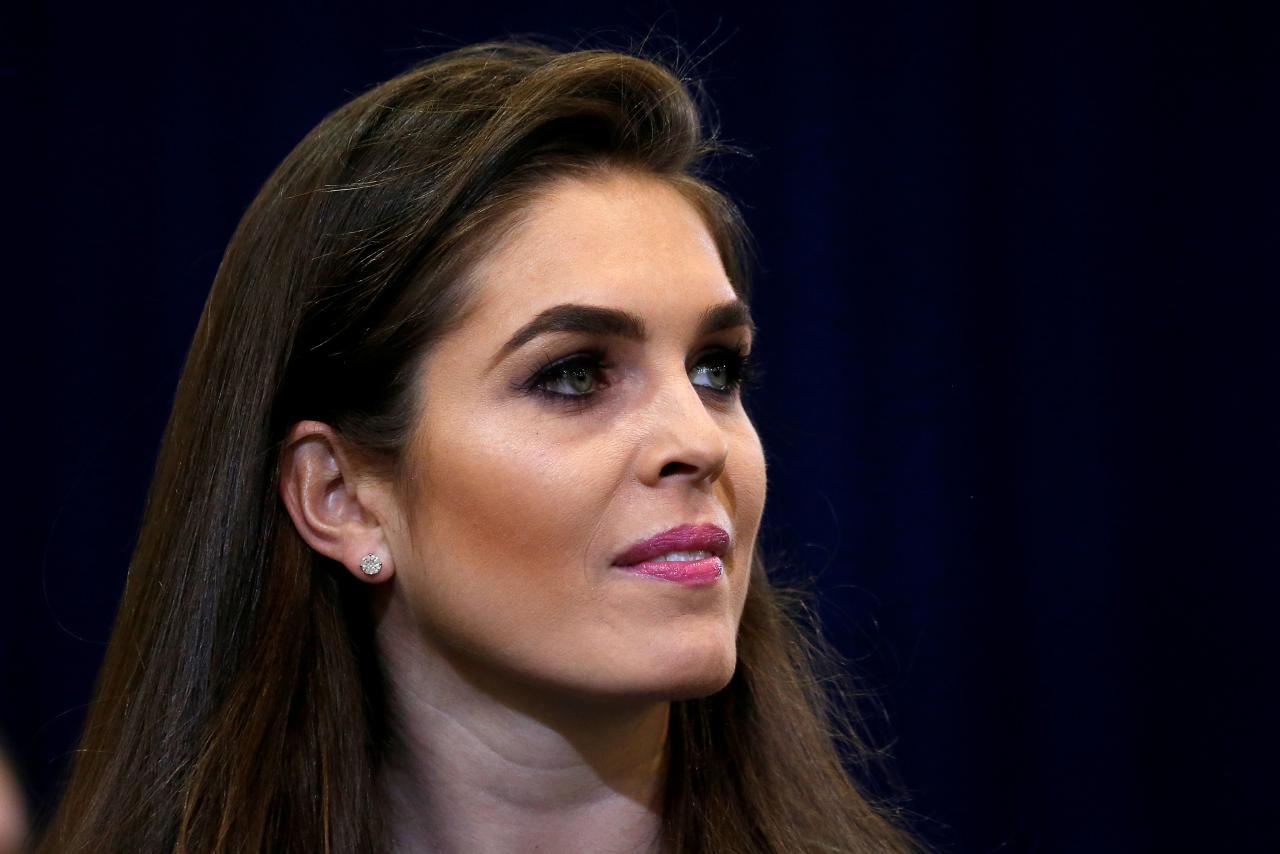 Hope Hicks, one of U.S. President Donald Trump’s longest-serving, most trusted aides, is resigning from her job as White House communications director.

The White House announced she was leaving a day after Hicks, 29, spent nine hours in a closed hearing of the House of Representatives Intelligence Committee on its investigation into Russian meddling in the 2016 U.S. presidential election.

White House spokeswoman Sarah Sanders said Hicks’ decision to leave was not related to her appearance before the panel. Lawmakers said Hicks, Trump’s spokeswoman during the election campaign, declined to answer questions about the administration but she did answer every question asked about her time with the campaign, and the transition months between the November election and the January 2017 inauguration.

Hicks’ exact departure was unclear but is expected to be sometime over the next few weeks.

Hicks was caught up in a controversy surrounding former White House staff secretary Rob Porter, whom she had been dating. She worked to defend him when charges of domestic abuse against his two former wives emerged. Porter was ultimately forced to resign.

A one-time aide to Trump’s daughter, Ivanka Trump, and with no previous experience in politics, Hicks was one of the first people hired by the then-New York businessman when he began his campaign for the presidency.

Aides said she had approached the president and told him she wanted to leave so she could start exploring opportunities outside of the White House.

Robert Trout, a lawyer for Hicks who has represented her in the Russia investigation, declined comment.

Among the issues Hicks declined to discuss with the House panel on Tuesday was her part in drafting a statement in July 2017 misrepresenting a July 2016 meeting at Trump Tower that included the president’s eldest son, Donald Trump Jr., other Trump associates and Natalia Veselnitskaya, a Russian lawyer.

U.S. intelligence agencies concluded that Russia ran a program of hacking and disinformation to interfere in the elections and it later developed into an attempt to help Republican candidate Trump defeat Clinton. On Feb. 16, a U.S. special counsel indicted 13 Russians and three companies on charges of tampering in the campaign.

Russia denies interfering in the U.S. election and Trump denies any collusion between his campaign and Moscow officials.

Hicks took over as communications director in September after the difficult, 11-day tenure of Anthony Scaramucci, who was fired. She is credited behind the scenes for stabilizing the communications operation.

“Hope is outstanding and has done great work for the last three years. She is as smart and thoughtful as they come, a truly great person,” Trump said in a statement released by the White House. “I will miss having her by my side but when she approached me about pursuing other opportunities, I totally understood. I am sure we will work together again in the future.”

Hicks said in her own statement that “there are no words to adequately express my gratitude to President Trump. I wish the president and his administration the very best as he continues to lead our country.”