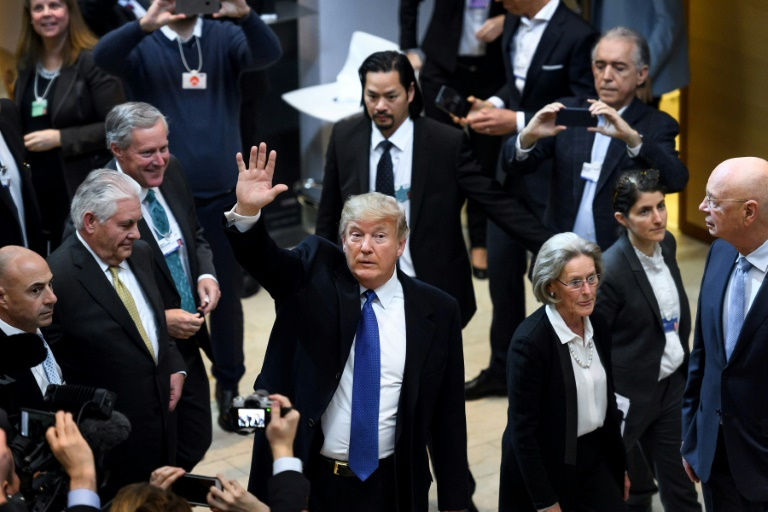 US President Donald Trump strode into the lion's den to confront the world's political and business elite on Thursday, as his "America First" administration executes an anti-globalist manifesto in trade, taxes and currency rates.

A year after taking office, Trump joined the World Economic Forum in Davos with foreign exchange markets in turmoil and Washington's trading partners in uproar.

Vying to take the air out of one storm, he insisted that he wants to see "a strong dollar," after comments by his treasury secretary appearing to signal the opposite sent the US currency plunging to three-year lows and provoked anger in Europe.

Trump smiled and waved on his arrival at the gathering in the Swiss Alps, as crowds of onlookers held up camera phones. One woman admirer grabbed Trump's autograph while other delegates muttered -- out of his earshot -- about wanting to pelt him with fruit.

The former property mogul held one-on-one meetings with the British and Israeli prime ministers. Then, having demonised the globalist Davos crowd on his unorthodox march to the White House, he went on to a gala reception and dinner with European business chiefs attending the gathering.

Interviewed on CNBC, Trump said there was no contradiction between his populist campaign and his decision to come to the headquarters of the global elite.

"When I decided to come to Davos, I didn't think in terms of elitist or globalist, I thought in terms of lots people that want to invest lots of money and they're all coming back to the United States, they're coming back to America," he said. 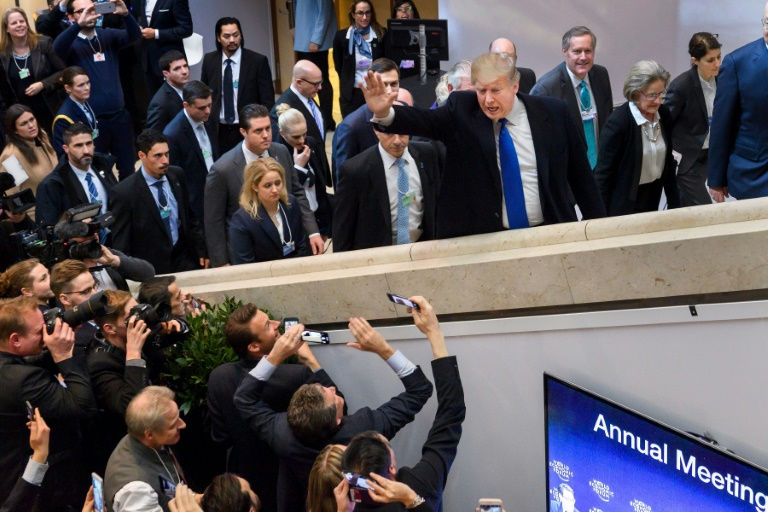 The Davos elite are keen now to see which version of Trump will show up -- the business-friendly tycoon or the leader who berated the rest of the world at the UN General Assembly last September. Photo: Reuters/Fabrice Coffrin

Seeking to demonise the president in turn was Swiss activist group Campax, which hung a giant banner on an Alpine peak near Davos reading "Trump not welcome", and Greenpeace, which beamed anti-Trump laser messages onto another mountain.

Trump is due to address the forum on its closing day Friday, at the end of a week that saw his administration announce a new package of trade tariffs targeting China and South Korea, and spark upheaval on the currency markets.

"I think the most fascinating thing with President Trump is that he has the capacity to surprise, and I'm sure we will be surprised tomorrow," Alexander Stubb, former prime minister of Finland and the new vice president of the European Investment Bank, told AFP in Davos. 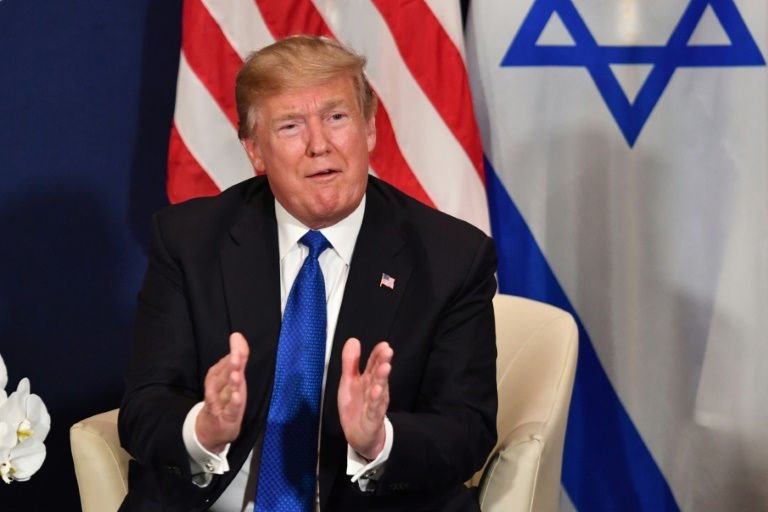 Traders and US partners already had one surprise in Davos this week when Treasury Secretary Steven Mnuchin appeared to back away from decades of support by his predecessors for a "strong dollar" policy. He declared "a weaker dollar is good for us", flouting US commitments in international fora such as the G20.

A weak dollar would potentially boost US exporters but cause headaches for all other trading nations.

In comments to CNBC that helped the dollar recover some lost ground, Trump said Mnuchin had been misquoted.

The Treasury secretary told reporters Thursday: "We are not concerned with where the dollar is in the short term, it is a very liquid market and we believe in free currencies."

But Mnuchin's apparently hands-off approach was taken as reinforcing a broad offensive in trade built on the "America First" platform,.

"We want exchange rates to reflect economic fundamentals... and we shouldn't play with these rates," Le Maire said in Davos.

Business leaders in Davos have this week offered a broad welcome to controversial tax reforms enacted by Trump's Republicans, which slashed the headline rate of US corporate tax. But European political leaders fear a "race to the bottom" as the United States jockeys for an edge among foreign investors. 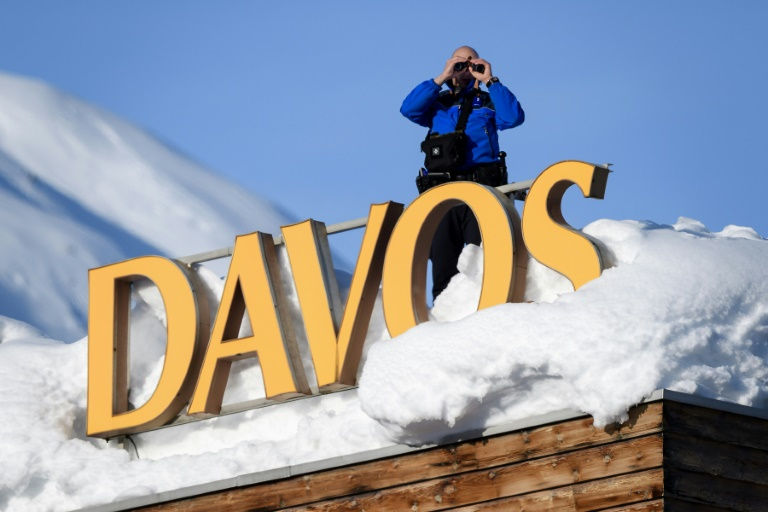 Security has been ramped up in the Swiss resort as world leaders and business figures fly in. Photo: Reuters/Fabrice Coffrini

A year ago, the Davos spotlight was claimed by China's communist leader Xi Jinping, who took up the torch of global trade to the delight of the well-heeled audience then anxious about Trump's inauguration.

The Davos elite are keen now to see which version of Trump will speak on Friday -- the business-friendly tycoon or the leader who berated the rest of the world at the UN General Assembly last September.

"I think they've already built down their expectations so far that anything he may say that's conciliatory, they'll be grateful for," Robert Kaplan, senior fellow at Washington's Center for a New American Security, told AFP at the forum.