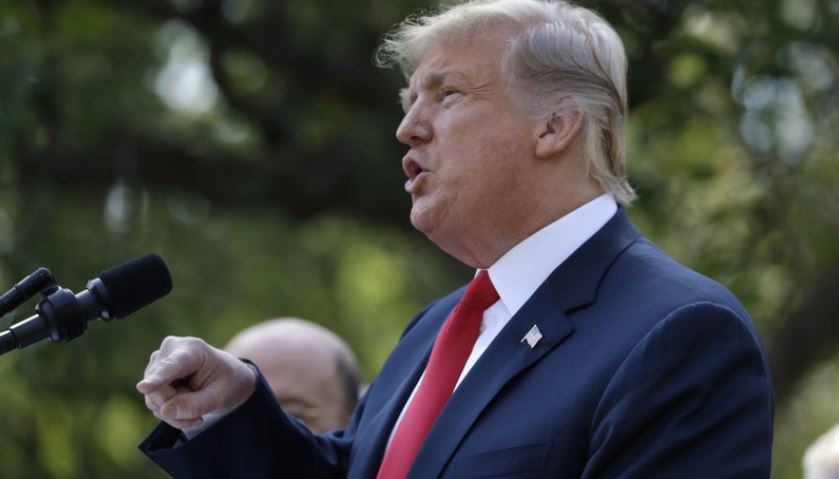 US President Donald Trump delivers remarks on trade between the United States, Canada, and Mexico, in the Rose Garden of the White House, Monday, Oct. 1, 2018, in Washington. (Photo: AP/Evan Vucci)

US President Donald Trump on Monday celebrated a revised North American trade deal with Canada and Mexico as a return of the United States to a “manufacturing powerhouse,” vowing to sign the agreement by late November.

But the president noted that the deal would need to be ratified by Congress, a step that could be complicated by the outcome of the fall congressional elections. When told he seemed confident of congressional approval, he said he was “not at all confident” but felt ratification would be granted if lawmakers took the correct action.

“Anything you submit to Congress is trouble no matter what,” Trump said, predicting that Democrats would say, “Trump likes it so we’re not going to approve it.”

Trump embraced the U.S.-Mexico-Canada Agreement during a Rose Garden ceremony, branding the pact the “USMCA.” The president said the name has a “good ring to it,” repeating U-S-M-C-A several times.

The agreement was forged just before a midnight deadline imposed by the U.S. to include Canada in a deal reached with Mexico late in the summer. It replaces the 24-year-old North American Free Trade Agreement, which Trump has lambasted as a job-wrecking disaster that has hollowed out the nation’s industrialized base.

Flanked by Cabinet members, Trump said the pact is the “most important deal we’ve ever made by far,” covering $1.2 trillion in trade. The president said his administration had not yet agreed to lift tariffs on steel and aluminum imports from Canada, a contentious issue between the two neighbors.

For Trump, the agreement reached in the weeks before the November congressional elections offers vindication for his hardline trade policies that have roiled relations with China, the European Union and America’s North American neighbors while causing concerns among Midwest farmers and manufacturers worried about retaliation.

Trump’s advisers view the trade pact as a political winner in Midwest battleground states critical to the president’s 2016 victory and home to tens of thousands of auto workers and manufacturers who could benefit from the changes.

Trump said he would sign the final agreement in late November, in about 60 days, and the pact is expected to be signed by Canadian Prime Minister Justin Trudeau and outgoing Mexican President Enrique Pena Nieto before he leaves office Dec. 1. Trump said he spoke to Trudeau by phone and told reporters that their recent tensions didn’t affect the deal-making. “He’s a professional. I’m a professional,” Trump said, calling it a “fair deal.”

Ratifying the deal is likely to stretch into 2019 because once Trump and the leaders from Canada and Mexico sign the agreement, the administration and congressional leaders will need to write legislation to implement the deal and win passage in Congress.

Trump threatened to go ahead with a revamped NAFTA, with or without Canada. It was unclear, however, whether Trump had authority from Congress to pursue a revamped NAFTA with only Mexico.

NAFTA tore down most trade barriers between the United States, Canada and Mexico, leading to a surge in trade among them. But Trump and other critics said it encouraged manufacturers to move south of the border to take advantage of low Mexican wages, costing American jobs.