A fired-up President Donald Trump turned the findings of the Russia investigation into a political weapon on Thursday at a boisterous Michigan rally that was poised to be part victory lap, part 2020 campaign push. 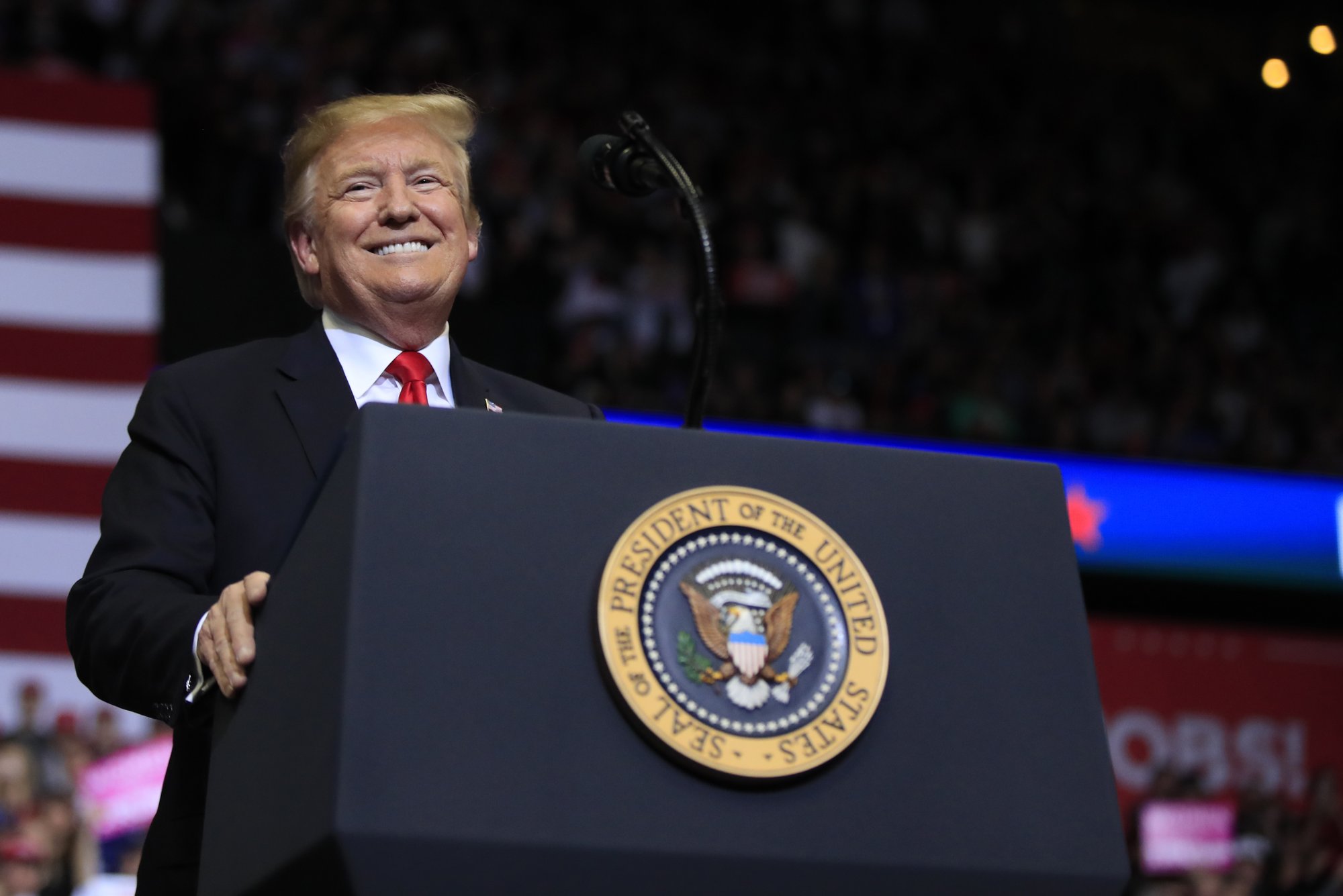 Trump basked in his supporters' adulation at an arena in Grand Rapids, his first political event since Attorney General William Barr released a summary that said special counsel Robert Mueller found no evidence that Trump's campaign "conspired or coordinated" with the Russian government to influence the 2016 presidential election.

"After three years of lies and smears and slander, the Russia hoax is dead," Trump said. "This was nothing more than a sinister effort to undermine our historic election victory and to sabotage the will of the American people"

Trump said the investigation was an attempt to "overturn the will of the people" and that many "innocent people" were swept up in the probe.

The packed crowd, many of whom began to line up the night before, delivered a deafening roar for the president while unleashing its vitriol as he bashed the media and said of the special counsel: "Robert Mueller was a god to Democrats, he was a god to them. Now they don't like him much now."

But he also turned serious and thanked the Trump supporters for staying loyal to the president.

"This week's vindication of my father, of me, of our family: It's not just our vindication, it's your vindication," Trump Jr. said. "You own that with us. Because you stuck by us. You knew it was nonsense. You knew my father was fighting for all of you." 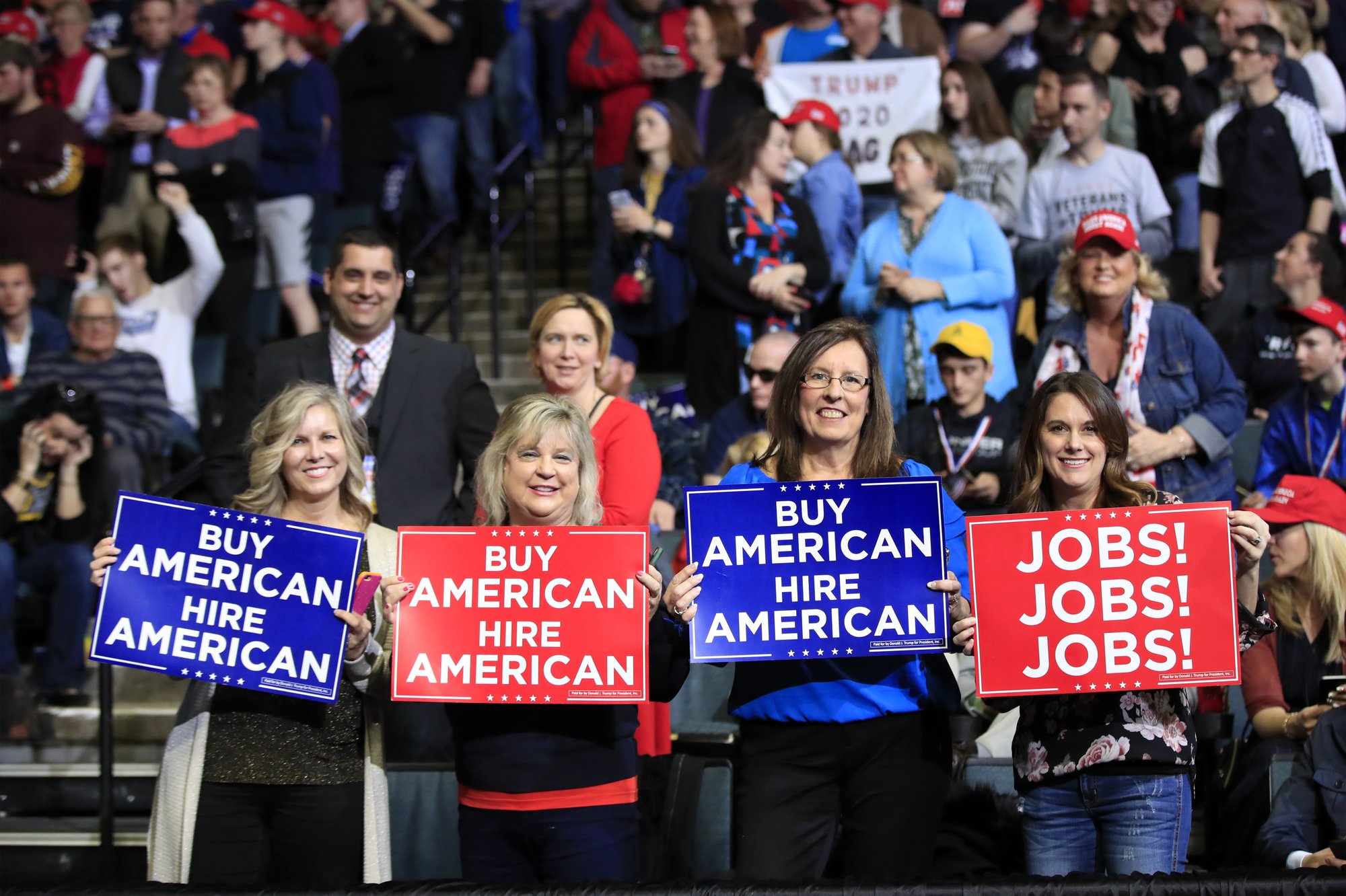 Mueller's report stretches more than 300 pages, according to a Justice Department official. But Barr's four-page summary released Sunday has been seized upon by the Republican president and his allies as a weapon to use against Democrats, the so-called Deep State and the media.

While Trump's base has long been suspicious of Mueller, the president's team believes independents and moderate Democrats who backed him in the last election but have since soured may return to the fold if convinced he was unfairly targeted.

The White House believes Mueller's findings may starve the oxygen from both Democratic talking points and possible GOP primary challenges. Some swing voters, wary at the prospect of endless investigations and talk of impeachment, may prove more sympathetic to the president.

The president and his allies will now link the report with the investigations launched by House Democrats and try to make the case that, in the wake of Mueller's findings, further probes are partisan overreach. And they intend to use the moment to heighten attacks on the media, which many Trump supporters believe unjustly fanned the flames of the special counsel's probe in an effort to bring down the president.

Loyal supporters started lining up in front of the Van Andel Arena on Wednesday evening, with some camping out in tents and sleeping bags overnight. By midafternoon, a crowd of thousands, many in red "Make America Great Again" hats, snaked for blocks around downtown Grand Rapids, just across the river from The Gerald Ford Presidential Museum.

Many said they expected a victory lap. Saundra Kiczenski, who was among the first in line, said she'd never felt the same kind of enthusiasm from the crowd as she awaited her 25th Trump rally.

"He's just going to be on fire," Kiczenski said.

Trump's sojourn to the Midwest is expected to be the first of many.

His campaign is seeking to hold three key states that he swung from blue to red in 2016 — Michigan, Wisconsin and Pennsylvania but know this will be a battle after midterm elections that showed rising Democratic energy. Still, advisers believe that Trump's core supporters remain enthusiastic heading into 2020.

On the eve of the 2016 election, Trump's breakneck final blitz of rallies was meant to come to an end in Manchester, New Hampshire, where he was to be joined by family members to salute the traditional swing state where he had claimed his first electoral win, in its primary, months earlier.

But just days before, the Trump campaign tacked on one more rally in the western Michigan city after seeing data that showed a surge for their candidate. Internal polls showed late movement in a series of Rust Belt states on which Democrats were banking but Trump's team felt could be stolen.

The Grand Rapids rally didn't start end after midnight, bleeding into Election Day. Trump won Michigan by just 10,704 votes — his margins of victory in Wisconsin and Pennsylvania were similarly small — and those close to the president have long pointed to the rally as a reason why.