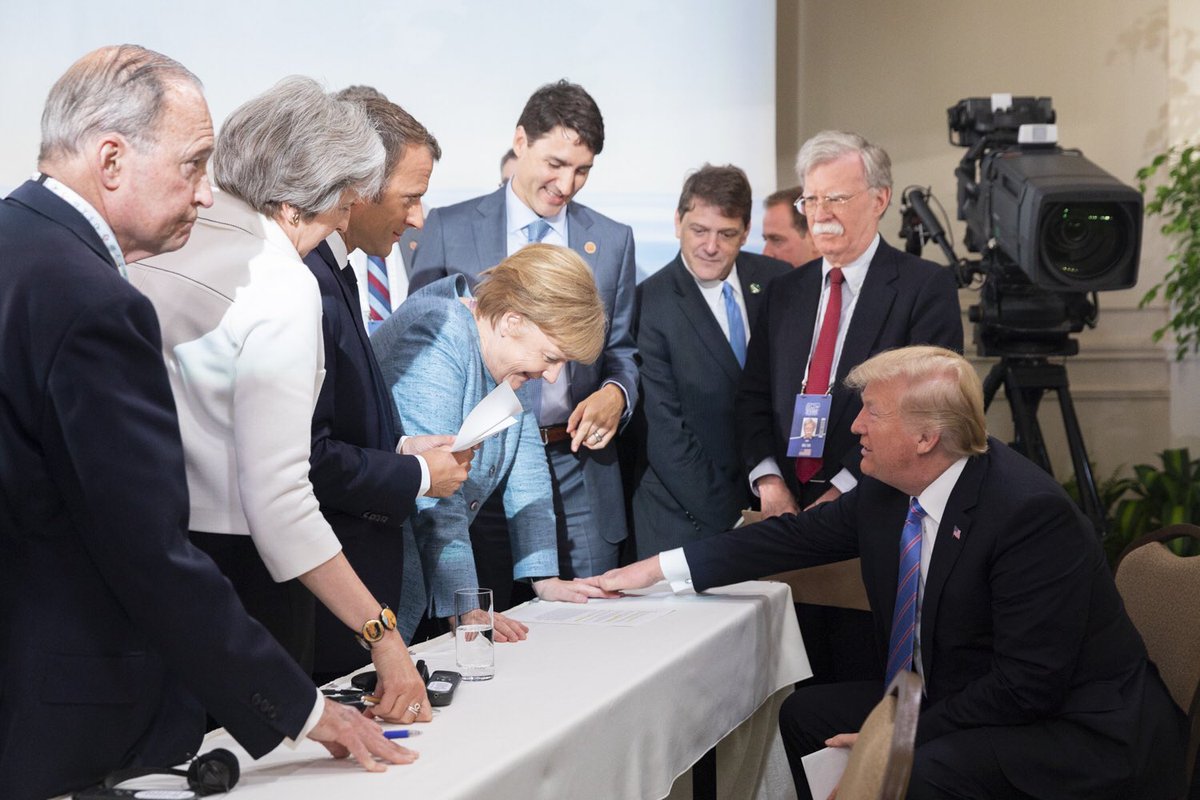 US President Donald Trump on Friday tweeted photos of last week's G7 summit showing him smiling alongside other G7 leaders.

Along with the photos he wrote, “I have a great relationship with Angela Merkel of Germany, but the Fake News Media only shows the bad photos (implying anger) of negotiating an agreement — where I am asking for things that no other American President would ask for!”

The tweet came in response to criticism of a previous photo which captured the statu of the summit — Trump versus the world. That photo showed Trump sitting in a tense mood with his arms crossed defiantly, towered over by other leaders including German Chancellor Angela Merkel and French President Emmanuel Macron. 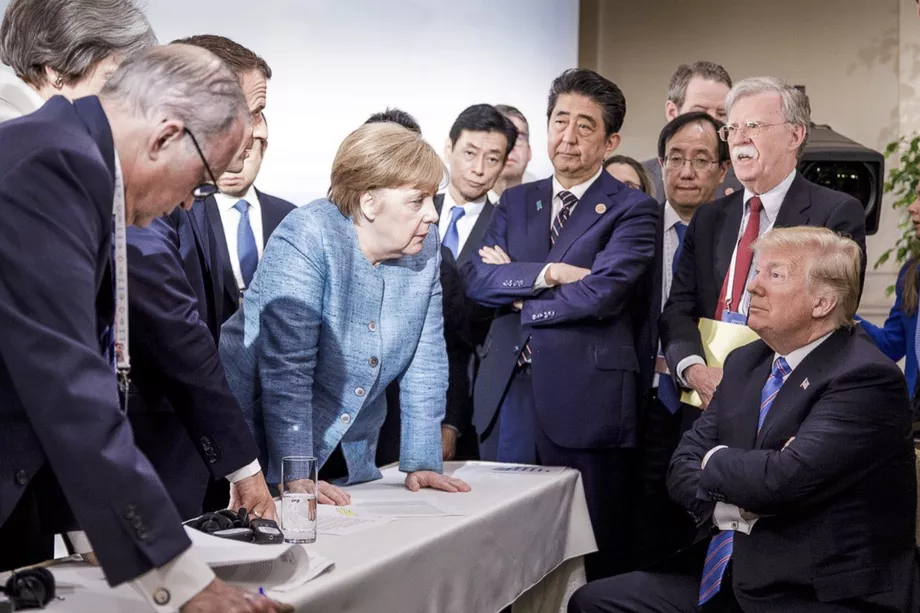 Merkel’s office posted that photo to Instagram last Saturday with the caption, “Day two of the G7 summit in Canada: spontaneous meeting between two working sessions.”

The Wall Street Journal said in a report that European leaders were dismayed at the summit that they couldn't move Trump on basic issues, such as the economics of US trade deficits. "The mood really changed after the G7," a European Union official was quoted as saying. “Trump, according to people familiar with the meetings, was at times wary of appearing isolated,” the Wall Street Journal reported.

Trump then aimed his fire at the Wall Street Journal in the tweet yesterday, by blaming the paper for showing "the bad photos" and misrepresenting his relationship with world leaders.

The Quebec summit held on June 8 and 9 ended in chaos after Trump launched a blistering attack on the host, Canadian Prime Minister Justin Trudeau, and announced from Air Force One that the US had withdrawn its endorsement of a joint communiqué.