WORLD Trump: UK should be ready to leave EU without a deal

Trump: UK should be ready to leave EU without a deal

President Donald Trump has waded into the most contentious issue in British politics by urging the UK government to leave the European Union without a deal if it can't get better terms from EU leaders. 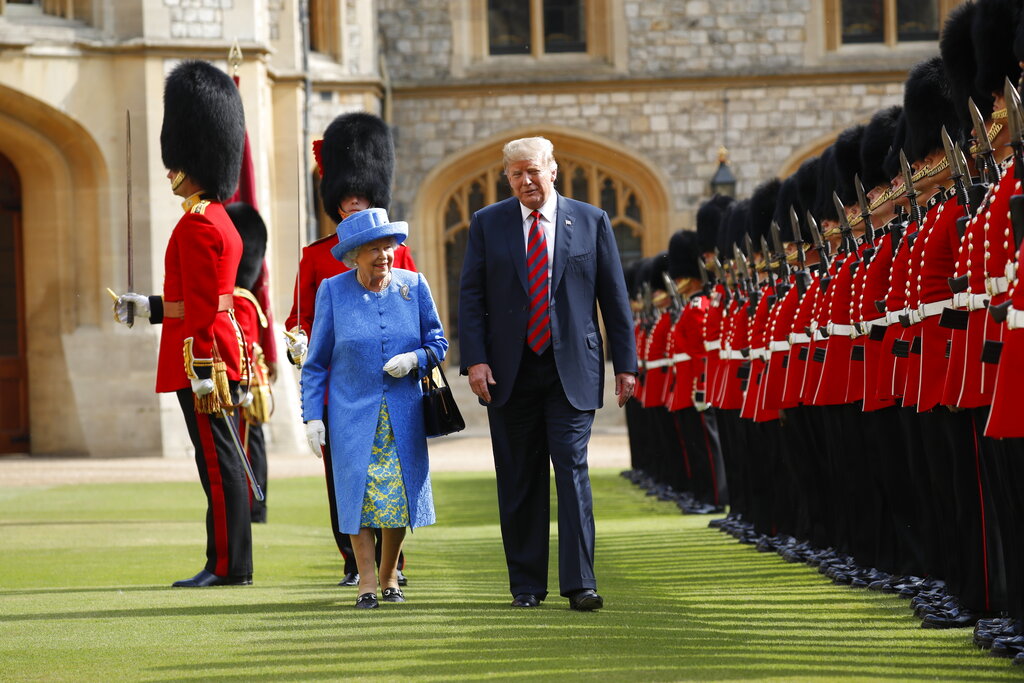 In this Friday, July 13, 2018 file photo, US President Donald Trump and Queen Elizabeth inspect the Guard of Honour at Windsor Castle in Windsor, England. (Photo: AP)

Trump's comments come just before he begins a state visit Monday to Britain, hosted by Queen Elizabeth II. He will meet with May on Tuesday.

Trump told the Sunday Times in an interview that Britain should "walk away" from talks and refuse to pay a 39-billion pound ($49 billion) divorce bill if it doesn't get better terms from the EU.

The president also says Brexit party leader Nigel Farage, an outspoken advocate of leaving the EU without a deal, should be given a role in the negotiations.

He told the newspaper that Farage "is a very smart person. They won't bring him in. Think how well they would do if they did. They just haven't figured that out yet."

Britain is scheduled to leave the EU on Oct. 31 unless both sides agree to an extension. Britain's position is in flux because Prime Minister Theresa May is stepping down as party leader Friday, setting in motion a race to succeed her and become prime minister.

Trump has also taken the unusual step of saying that Conservative Party leadership candidate Boris Johnson would make an "excellent" leader for the UK.

It is traditional for US and other world leaders not to offer choices in other country's domestic political competitions.

"He's known Boris Johnson for a long time and what he's commenting on is his knowledge of Boris Johnson as a person," the ambassador said.

He also said that Washington would be ready to sign a strong trade deal with Britain once it's out of the EU.U.