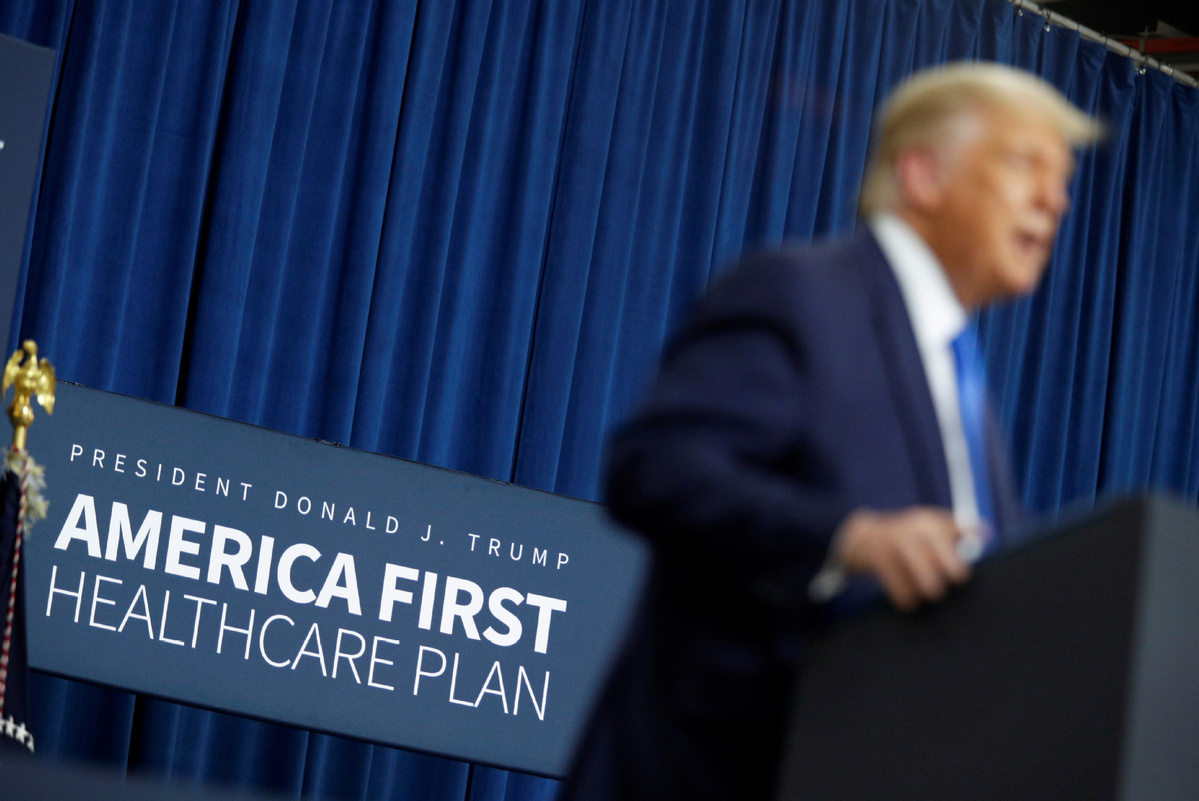 US President Donald Trump speaks about healthcare at a campaign event at Charlotte Douglas International Airport in Charlotte, North Carolina, US, September 24, 2020. [Photo/Agencies]

WASHINGTON -- US President Donald Trump on Thursday unveils his agenda for health care, a key topic for the election in November.

Trump, speaking during an event in Charlotte in the state of North Carolina, claimed that his administration is "delivering better care with more choice, at much lower cost, and working to ensure Americans have access to the care they need."

He wants to improve access to direct primary care arrangements, cut red tape to enable patients to spend more time with their doctors, and invest in critical areas, including pediatric cancer, sickle cell disease, and Alzheimer's research, according to the White House.

Trump also went after 2020 Democratic presidential nominee Joe Biden and Obamacare, which was signed into law by then President Barack Obama in 2010.

The Republican candidate has sought to repeal Obamacare, a promise during his 2016 campaign, despite strong pushback from Democrats.

Biden, who was Obama's deputy when Obamacare took effect, accused Trump of "arguing to strip millions of Americans of health care in the middle of a pandemic" in a tweet on Thursday.

Polls have showed a tight race between Trump and Biden in North Carolina, a battleground state.