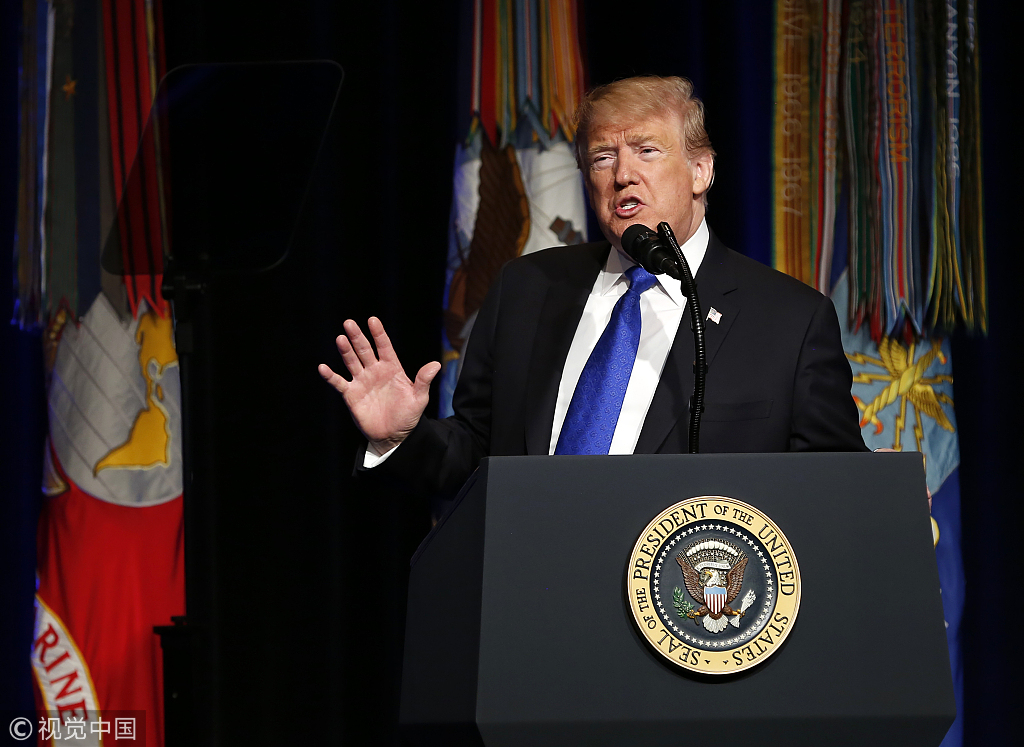 US President Donald J. Trump speaks during a Missile Defense Review announcement on January 17, 2019 at the Pentagon, in Arlington, Virginia. (Photo: VCG)

"The United States will adjust its position to defend against any missile strikes to include crUS and hypersonic," Trump said.

"The world is changing," the president said. "The United States cannot simply make incremental changes ... It is not enough to just keep pace with our adversaries."

Under the review, the Pentagon plans to expand the country's existing missile defense shield, including extra layers with space-based sensors and interceptors, technology to track and defeat hypersonic weapons, unmanned aircraft with lasers to shoot down threats, and missile-hunting F-35 stealth fighters.

"Missile defenses are a key element of our strategy given this proliferation of offensive ballistic and crUS missiles and emerging hypersonic weapons technologies that markedly raise threats to regional balances and to our major allies and partners," Acting Secretary of Defense Patrick Shanahan wrote in a preface to the review.

The review is the first update to the US missile defense policy since its 2010 version unveiled during the Obama administration.

A TheDrive.com analysis said unlike the 2010 version focusing almost exclusively on ballistic threats, the new review adds an entirely new emphasis on potential non-ballistic threats posed to the US homeland and to US forces deployed abroad, with particular attention to crUS missiles.

The United States has spent more than 300 billion US dollars on its antimissile goal, local media quoted military experts as saying.