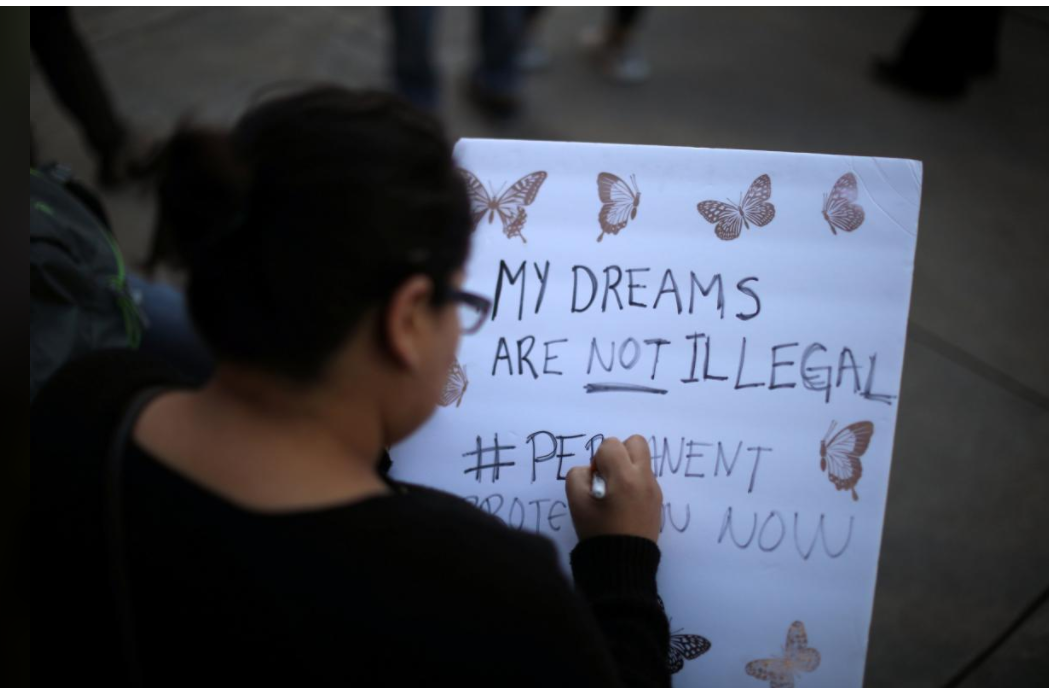 A woman protests to call for a new DREAM Act to replace DACA in Los Angeles, California US January 17, 2018. Photo: Reuters/Lucy Nicholson

US President Donald Trump urged his fellow Republicans on Thursday to overcome sharp internal divisions over immigration policy, a debate closely enmeshed with a deadline to fund the government that looms next week.

Congress needs to agree by Feb. 8 on another temporary spending bill. A failure to do that last month led to a three-day government shutdown, resolved in part by a promise by Senate Republican Leader Mitch McConnell to hold a vote on a plan to extend protections for young “Dreamer” immigrants.

“We’re going to have to compromise, unless we elect more Republicans,” Trump told lawmakers from his party at a countryside retreat, alluding to the party’s need for support from some Democrats to pass major bills in the Senate, and to congressional elections in November.

“We have to be willing to give a little in order for our country to gain a whole lot,” Trump said.

Trump, whose election success hinged partly on his tough line on immigration, has said he is open to letting 1.8 million young immigrants brought to the United States illegally as children stay in the country and eventually become citizens.

But he made that offer contingent on new curbs for other types of legal immigrants, and on a $25 billion fund to pay for his long-promised wall along the border with Mexico.

Trump said the Senate should include all parts of his framework in their bill.

Some of Trump’s terms are unpalatable to Democrats. But while Republicans control both chambers of Congress, his proposal is also too liberal for some in the party, leaving Republican leaders to try to find a narrow compromise path.

Conservative Republicans in the House of Representatives are uneasy about extending what they call “amnesty” to anyone in the United States illegally, but some have said they are willing to go along with the plan providing they are linked to the other hardline measures proposed by Trump. 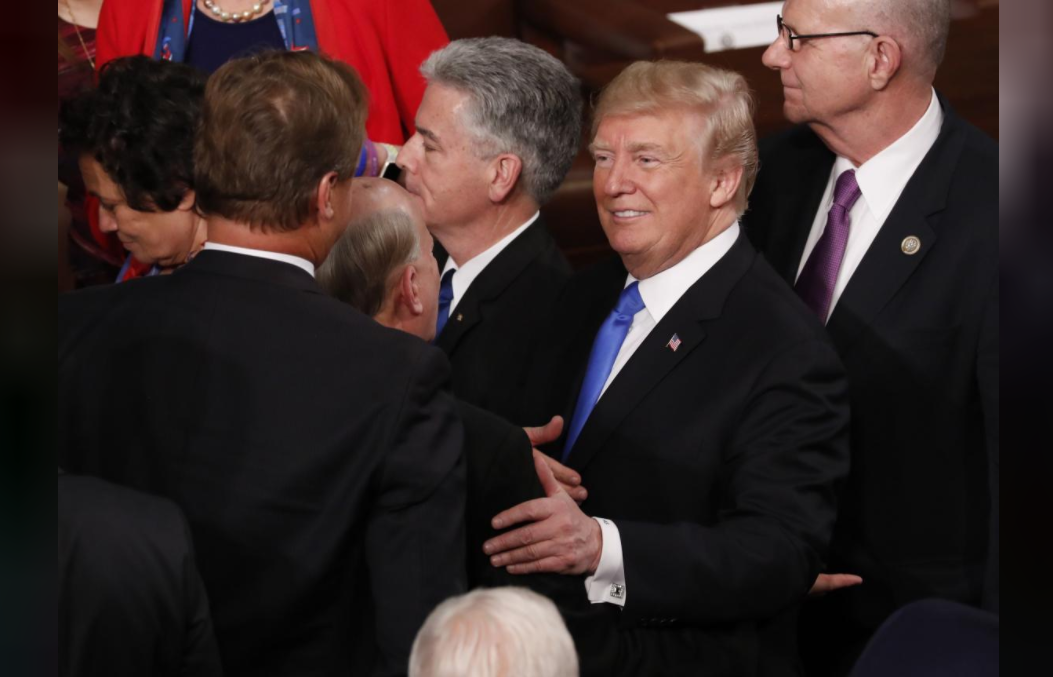 US President Donald Trump (R) talks with members of Congress as he departs after delivering his State of the Union address to a joint session of the US Congress on Capitol Hill in Washington, US January 30, 2018. Photo: Reuters/Jonathan Ernst

Many Senate Republicans who have been in talks with Democrats on the issue believe that the focus should be a narrower bill: one that addresses the Deferred Action for Childhood Arrivals (DACA) program and Trump’s border wall.

The issue of the Dreamers arose after Trump last year canceled DACA, which former Democratic President Barack Obama had created to protect Dreamers, and gave Congress until early March to draft a solution.

“I think that if we can solve DACA and border security that may be the best I can hope for,” Senator John Thune, a member of the Republican leadership, told reporters.

“Listen, we are not going to do a few billion dollars for border security and have the same problem a decade from now, two decades from now,” Meadows told reporters. “If we’re going to solve the problem, let’s solve the problem.”

The three-day retreat for congressional Republicans, held at a West Virginia resort, is aimed at rallying around legislative priorities before the November elections that will be seen as a referendum on the party’s ability to govern and on Trump’s presidency.

Congress has also failed to pass a long-term budget, instead relying on a number of temporary spending bills. Current funding for federal agencies runs out Feb. 8, and Congress also needs to lift the federal debt limit this month to avoid a government default.

All 435 seats in the House and 34 seats in the 100-seat Senate are at stake in November’s election. More than 40 Republicans, including nine committee chairmen, have announced they are leaving Congress or will not seek re-election.