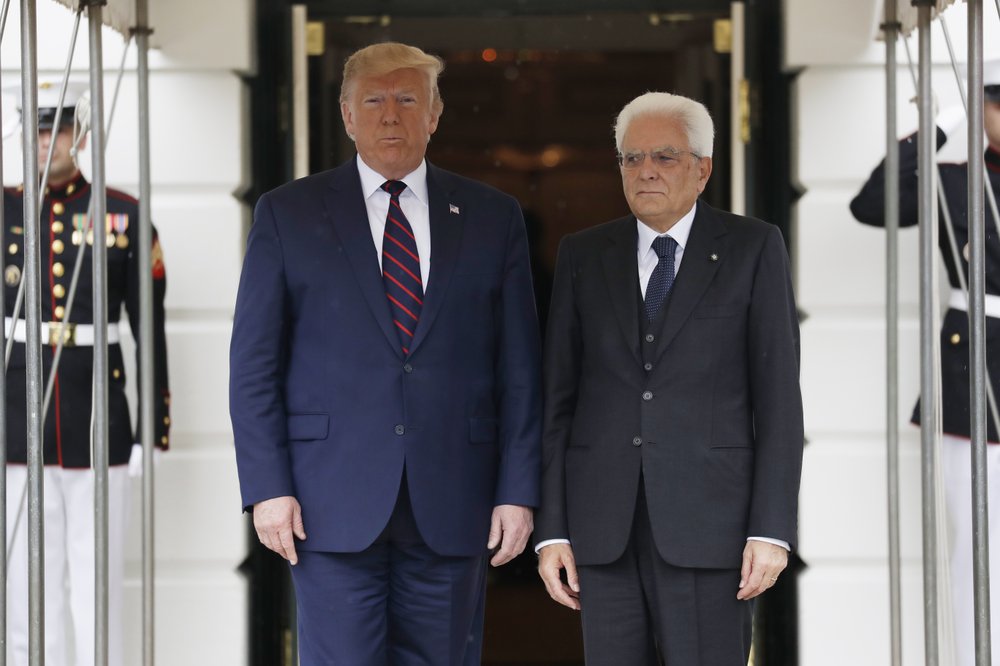 US President Donald Trump urged Italy on Wednesday to increase its defense spending as he welcomed Italian President Sergio Mattarella to the White House.

Trump says Italy is only spending 1.1 percent of its gross domestic product on defense, short of a goal set by NATO allies of spending 2 percent. However, Trump also says Italy has agreed to purchase 90 “brand new beautiful F-35s.”

Trump said he could solve the trade deficit with the European Union “instantly, but it would be too harsh.”

The leaders spoke at press conference at the White House after meetings that were expected to focus on trade, digital taxes and countering Chinese trade practices they consider unfair.

Mattarella said trade tensions were to the benefit on no one and described tariffs as “counterproductive.”

Mattarella also said Italy was “deeply concerned” with Turkey’s offensive in northeastern Syria. Vice President Mike Pence is set to depart later Wednesday for Turkey to try to negotiate a cease-fire after Turkey began attacking Kurdish fighters and civilians in Syria. Turkey launched the military operation after Trump announced he was moving US troops out of harm’s way.

After a joint news conference, Mattarella was to join Trump at a reception celebrating Italian Americans.