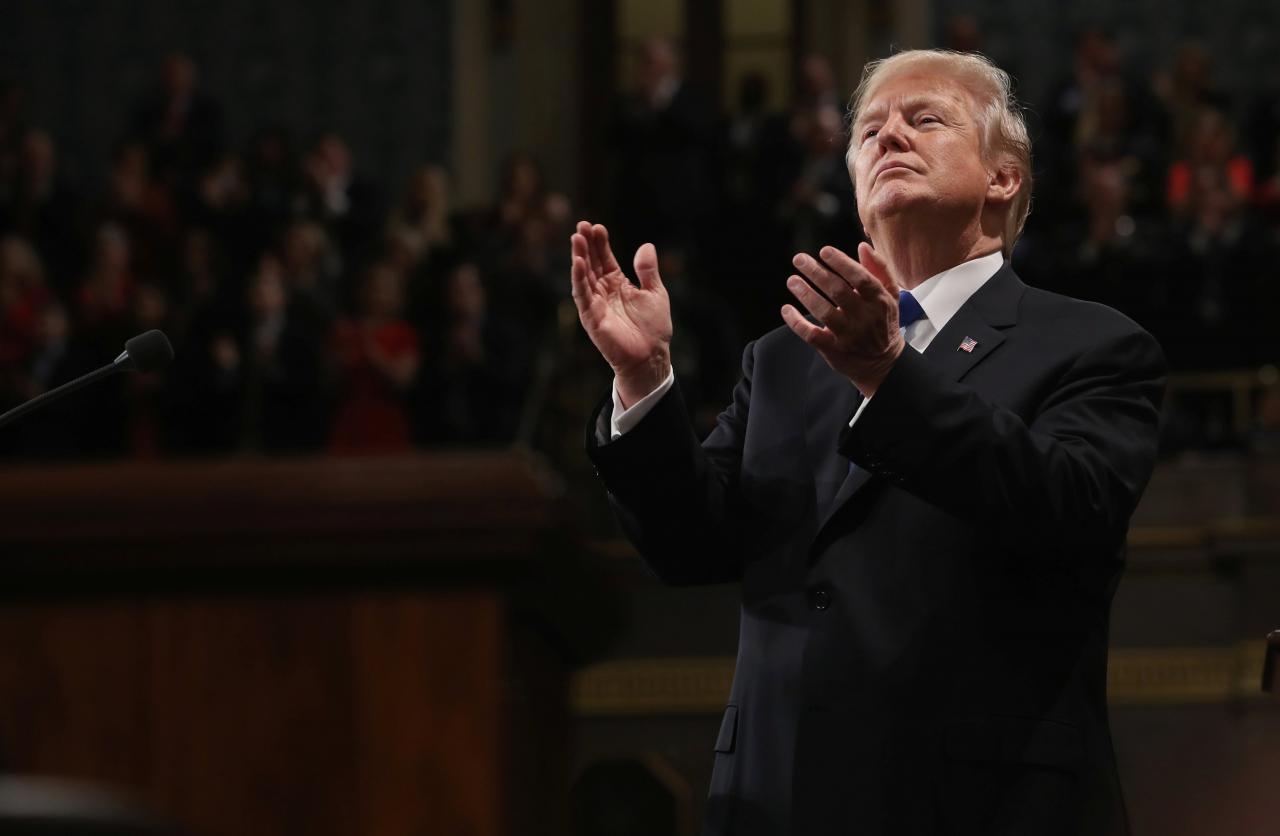 U.S. President Donald Trump applauds during his first State of the Union address to a joint session of Congress inside the House Chamber on Capitol Hill in Washington, U.S., January 30, 2018. REUTERS/Win McNamee/Pool

U.S. President Donald Trump on Friday called on Mexico to do more to prevent violent illegal immigrants from El Salvador from entering the United States, again pushing his long-proposed border wall but stopping short of saying Mexico would fund it.

Trump, in a post on Twitter, said U.S. law enforcement was removing gang members from El Salvador but that they continued to return, adding: “El Salvador just takes our money, and Mexico must help MORE with this problem. We need The Wall!”