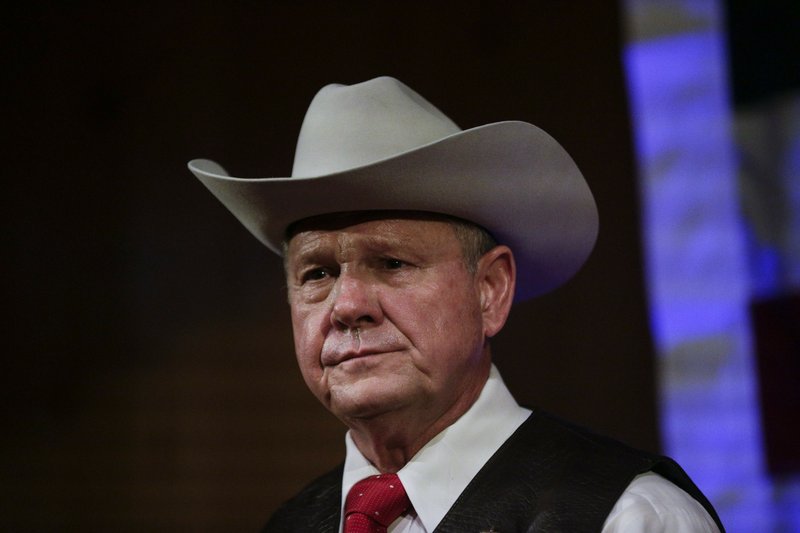 President Donald Trump warned Wednesday the “consequences will be devastating” for his party and policies if Alabama Republican Roy Moore seeks a US Senate seat again in 2020 after his last campaign was battered by allegations of long-ago sexual harassment of teenagers.

Moore lost in the once-reliably red state in a 2017 special election amid the sexual misconduct allegations , which he denied. He told The Associated Press earlier this month that he is considering another campaign next year.

Trump, who backed Moore in 2017 despite the allegations, tweeted “I have NOTHING against Roy Moore,” but warned that “Roy Moore cannot win.” He added that if Democrat Doug Jones retains the seat in 2020, “many of the incredible gains that we have made during my Presidency may be lost.”

Moore’s nomination could have national repercussions. Democrats could accuse the GOP of ignoring the #MeToo movement and coddling a man accused of sexual misconduct. Moore says he expects to announce a decision in mid-June.

Republicans control the US Senate 53-47 and view defeating Jones as a top priority. Jones, 65, is considered the most endangered Democratic incumbent facing re-election in 2020, a year when several GOP senators are vulnerable and control of the chamber will be at stake.

Jones defeated Moore in 2017 by 22,000 votes out of 1.3 million cast in a special election to fill the seat previously held by Jeff Sessions, who became Trump’s attorney general.

Moore said earlier this month that he is “seriously considering” a rematch against Jones and would likely announce a decision in mid-June.

“2020 could be a touchpoint in our nation, not only for the presidency but for the House and Congress and so forth,” Moore told the AP.