Trump: US to impose additional punishing economic sanctions on Iran 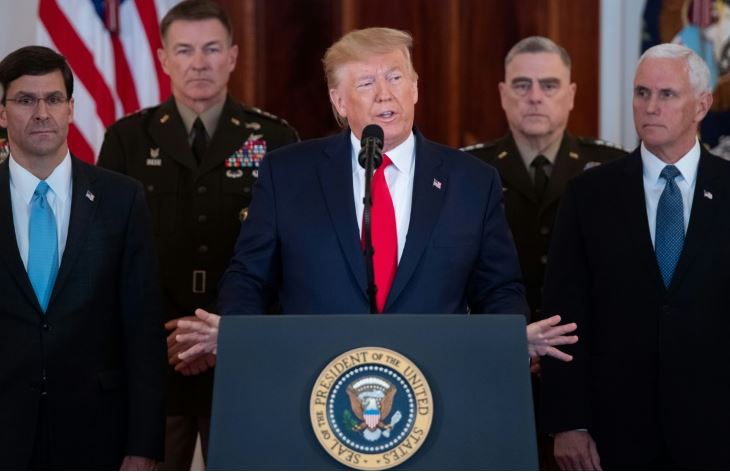 He said that Iran appears to want to prevent an escalation of the conflict, which is “a good thing for all parties concerned and a very good thing for the world.”

Trump said that there were no casualties in the Iranian missile attacks on US military bases in Iraq.

There are two main points to Trump’s remarks. First, Iran needs to stop its nuclear ambitions. Second, the US will impose additional punishing economic sanctions on Iran.

The US President reiterated that “Iran will never be allowed to have a nuclear weapon.”

He suggested that the JCPOA is a very defective nuclear deal which gives Iran a clear and quick path to nuclear breakout. “Iran must abandon its nuclear ambitions and end its support of terrorism.”

He added that all parties concerned should break away from the remnants of the Iran deal, or JCPOA, and they should work together toward making a deal with Iran that makes the world a safer and more peaceful place.

Meanwhile, Trump emphasized that the US will “immediately impose additional punishing economic sanctions” on Iran. “These powerful sanctions will remain until Iran changes its behavior.”

Trump touched on the US’ military superiority by saying, “We have a great military and equipment, however, that does not mean we have to use it.”

At the end of the speech, he added “With the nations of the world. The United States is ready to embrace peace with all who seek it.”

According Reuters, US and European government sources said they believed Iran had deliberately sought to avoid US military casualties in its missile strikes to prevent an escalation.