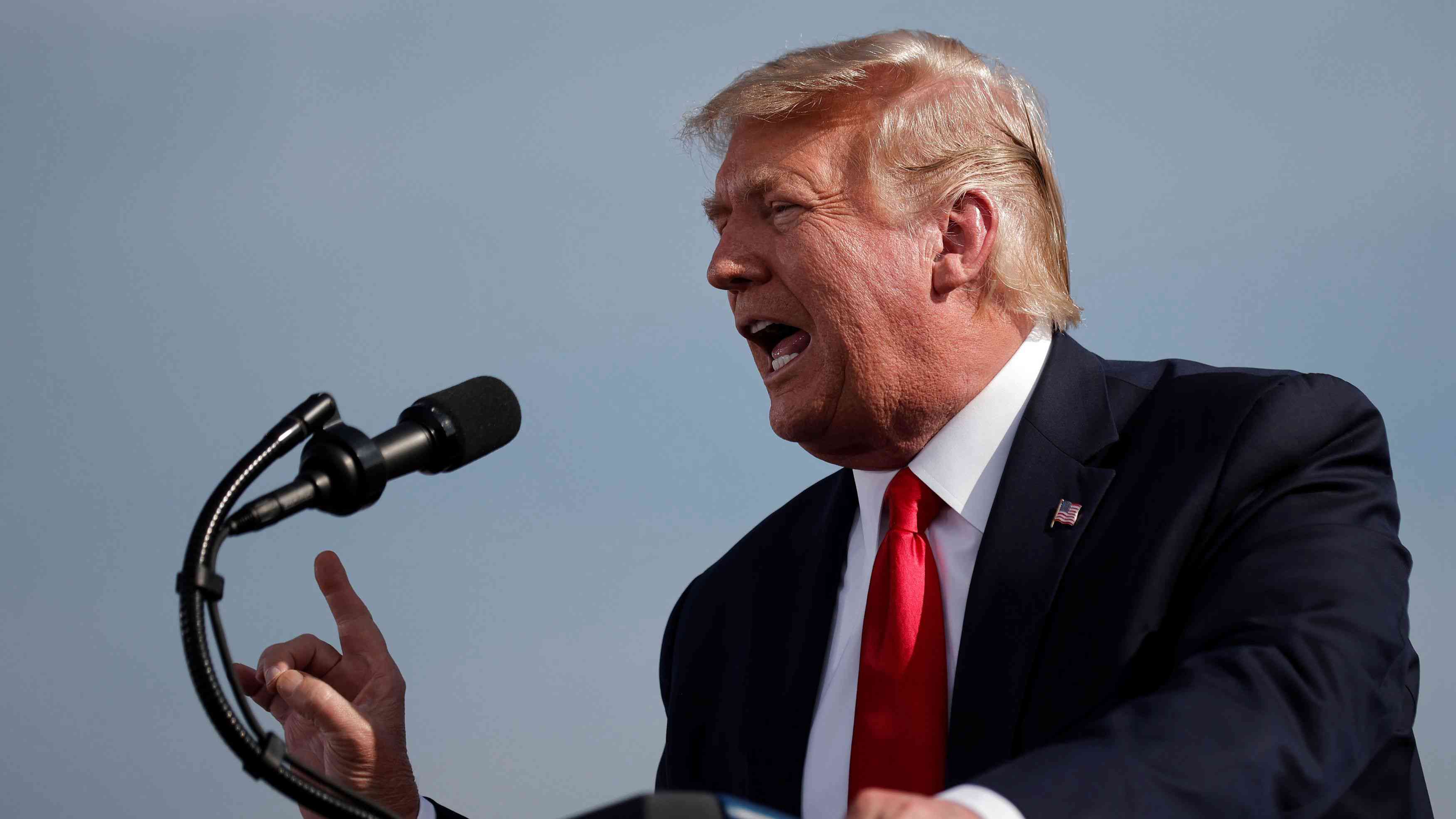 The President of the United States Donald Trump is using his own recovery from COVID-19 infections to give an impression that the pandemic is going away and push for a return of society back to normalcy, according to the Washington Post, citing current and former administration officials.

The article published on Friday said that despite the outbreak that has affected Trump's family members and top aides, the president and his administration are still downplaying the virus, saying that the country is "turning the corner."

"Luckily he is a strong teenager and exhibited no symptoms," Melania Trump said in a statement. She said she and Barron had since tested negative for the virus.

Trump told a rally in Des Moines, Iowa, that Barron "is just fine now" and said it was an example of why schools should reopen.

"I don't even think he knew he had it, because they're young and their immune systems are strong and they fight it off," Trump said. "Get the kids back to school," he said.

The newspaper reported that officials in the administration have hoped Trump could use his own infection experience to relate it to the U.S. public, especially those who have suffered from the pandemic, as well as provide some basic health guidelines.

"He looks completely out of touch," Mike DuHaime, a Republican consultant close to former New Jersey governor Chris Christie who were infected with the virus, told the publication. "He doesn't appreciate what it would be like for a regular person. He gets the best medical treatment of everyone in the world and is acting like he's Superman. It really reinforces a lot of negative notions about him and how he handled coronavirus from the beginning."

But the White House said that the president is just sending a message "of strength and optimism."

"Any suggestion that the President of the United States has not taken the threat of COVID-19 seriously is completely false," White House spokesman Judd Deere said in a statement. "As the entire country has confronted COVID-19, President Trump has never wavered in his message of strength and optimism to the American people, and as he personally defeated the virus the President has once again reminded the nation that he is a fighter and that if we all fight together we will defeat this."