WORLD Trump versus Rwanda in trade battle over used clothes

Trump versus Rwanda in trade battle over used clothes 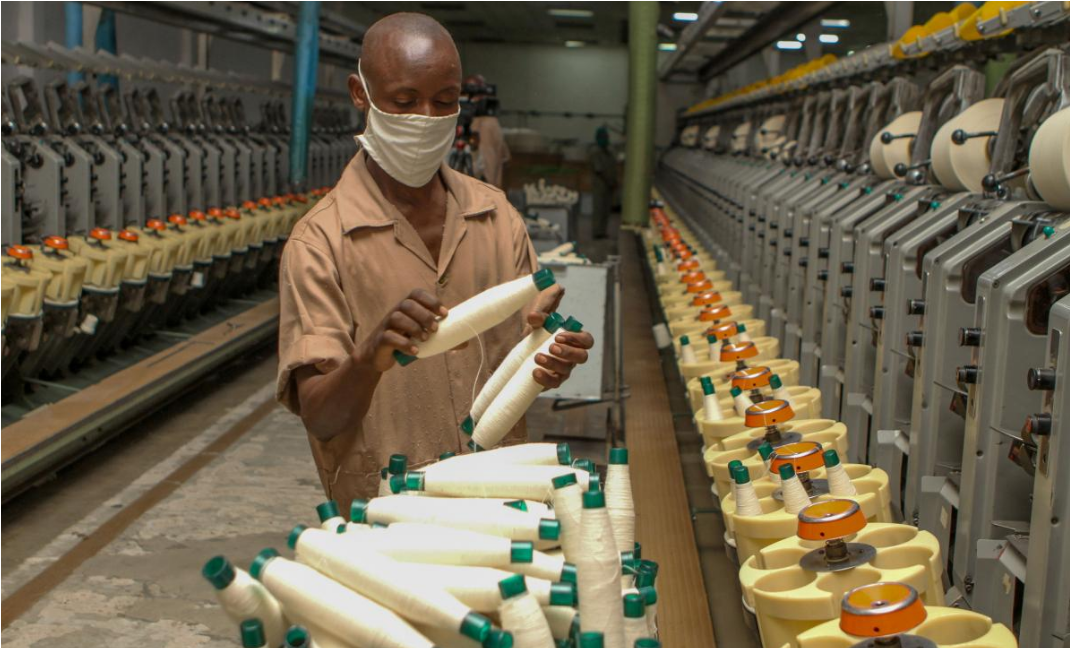 Early last year, weeks after Donald Trump was sworn in as president, a little known American trade association filed a petition with the US Trade Representative.

That seven-page letter set Africa in the cross-hairs of the new administration’s ‘America First’ trade ideology, pitting the world’s largest economy against tiny Rwanda over an unlikely US export: cast-off clothes.

In March, the USTR warned Rwanda it would lose some benefits under the African Growth and Opportunity Act (AGOA), America’s flagship trade legislation for Africa, in 60 days after it increased tariffs on second-hand clothes to support its local garment industry.

“The president’s determinations underscore his commitment to enforcing our trade laws and ensuring fairness in our trade relationships,” Deputy US Trade Representative C.J. Mahoney said, announcing the decision.

But no matter the outcome, the row is further straining Washington’s relations with Africa at a time when it is being aggressively courted by America’s global competitors, not least China.

Beijing has invested tens of billions of dollars in the continent, most recently as part of its huge Belt and Road foreign trade strategy.

Under AGOA, enacted in 2000 with the aim of using trade to boost development, qualifying African countries are granted duty-free access to the US market for 6,500 exported products.

The current dispute, which also initially involved Kenya, Tanzania and Uganda, has received none of the attention of Trump’s trade war with China or his haggling with North American neighbors.

Yet critics – including former US trade officials – see in it a worrying indication of how Washington will approach trade relations with Africa.

“It delegitimizes so much of what we’ve worked for for so many years,” said Gail Strickler, who served as the top US trade official on textiles until 2015. “I think it’s horrible. I think it’s sad. I think it’s pathetic and I think it’s obscene.”

Since her husband was murdered in Rwanda’s 1994 genocide, Devotha Mukankusi has relied heavily on the UTEXRWA garment factory in the capital Kigali.

“I survived the genocide together with my kids. But it’s thanks to this job that they have grown up,” she said, her voiced raised above the drone of sewing machines as she supervised a group of women assembling police uniforms.

Some 800,000 people - 10 percent of Rwanda’s population - were killed in the genocide. The economy was crushed.

Rwanda has bounced back in the past decade or so. As part of a drive to become a middle-income country by 2020, it is nurturing a garment sector it hopes can create 25,000 jobs.

But domestic demand for locally produced clothes has been stifled, east African governments say, by the ubiquity of cheap, second-hand garments imported from Europe and the United States.

The manager of the factory where Mukankusi works says the facility is only running at 40 percent capacity and second-hand garments, which can sell at well below his production costs, are at least partly to blame.

At Kigali’s Biryogo market, where shoppers pick through bales of used garments, the downside of the increase in duties was immediate.

“Before, even with a little money, you could buy enough second-hand clothes for a child. But some children in my neighborhood are now naked,” Fillette Umugwaneza, 24, a mother of two told Reuters. “It is a disgrace to our country.”

That will take time, admits Clare Akamanzi, CEO of the Rwanda Development Board, but early results are encouraging.

“Just in the last two or three years ... we’ve seen almost three times growth in production of garments and textiles for the economy,” she said.

The government is also seeking to attract companies targeting the export market, like US designer Kate Spade which assembles high-end handbags in Rwanda. It’s a strategy that has flourished elsewhere in Africa under AGOA, with duty-free exports from the continent to the US market almost quadrupling to over $1 billion since the law was enacted.

The ultimatum from the office of the USTR, however, has thrown up a potential roadblock to further growth.

It acted after receiving a complaint in March last year from the Secondary Materials and Recycled Textiles Association (SMART), a US-based organization which represents companies that collect and resell Americans’ used clothing.

Selling America’s used clothing - much of it donated to charities and the bulk of it originally made outside the United States - is a nearly $1 billion industry. Exports typically end up in poor nations. Africa is a key destination.

“It basically was a shutdown in the market for my members,” SMART Executive Director Jackie King told Reuters. “When Rwanda particularly wanted the duties increased by 1,100 percent, it just wasn’t possible to do business there.”

The USTR agreed to review the AGOA status of all four countries. That decision shocked some veteran trade officials in Washington.

“AGOA clearly has a criterion that the beneficiary countries must be eliminating barriers to US trade,” said Florie Liser, former Assistant US Trade Representative for Africa under Presidents George W. Bush and Barack Obama.

“That’s kind of always been there, but no one was looking to go after the AGOA countries.”

The mere prospect of losing AGOA benefits was enough to push Kenya, which in 2017 exported nearly $340 million worth of apparel duty-free to the United States, to back down.

The remaining east African nations initially tried to defend their position at a USTR hearing in July, rejecting SMART’s assertion that the new tariffs had cost 24,000 American jobs in the first nine months. Using US trade data, they pointed out that the decline in exports to the EAC that SMART blamed for the job losses had already begun four years before the 2016 duty increase.

Data compiled by agoa.info, an online information portal about AGOA run by the South Africa-based Trade Law Centre, indicates that US used clothing exports to Rwanda in particular actually increased slightly in 2016.

SMART has not publicly disclosed the survey of its members used to calculate the job losses, saying it contains proprietary information.

The EAC also accused SMART of inflating the importance of the east African market to the industry. Trade data showed the United States shipped around $24 million worth of used clothing to the EAC in 2016.

SMART, however, added another $100 million in exports it said were shipped to third countries for processing before being re-exported. By its calculation the EAC represented over a fifth of the US industry’s global market.

After the July 2017 hearing, Uganda and Tanzania followed Kenya’s example and capitulated, agreeing to roll back tariffs to pre-2016 levels.

Rwanda has held out. If it does not concede by the end of this month it faces losing duty-free access for its garment exports.

“The United States has been explicit about what Rwanda must do to adhere to the AGOA eligibility criteria,” a US official told Reuters. “It is up to Rwanda to make a decision.”

The dispute has provoked dismay in Washington and Africa.

She called the Trump administration’s actions bullying and predicted they would backfire.

“African countries, from what they’re telling me, are feeling abandoned. We’ve just ceded it to China.”

Devotha Mukankusi is more matter of fact about the trade tiff. She’s survived genocide and the Trump administration doesn’t worry her, she said.

“My message for Trump is that it won’t affect us. We are determined to be self-reliant. We’ll make our own clothes.”