WASHINGTON, May 6 (Xinhua) -- U.S. President Donald Trump on Wednesday vetoed a resolution aimed at limiting the president's power to use military forces against Iran. 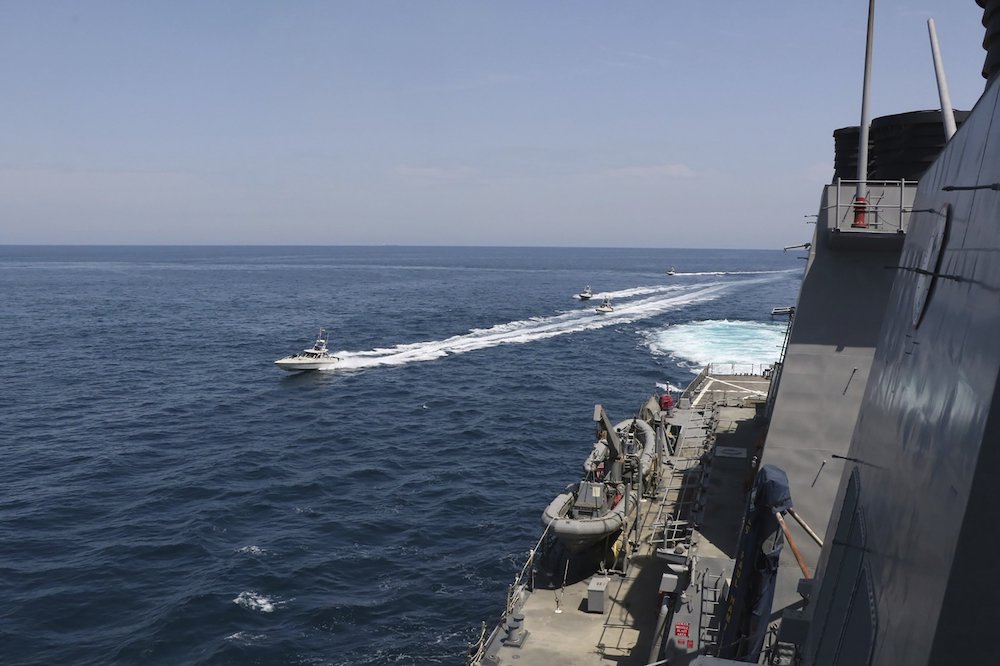 In this Wednesday, April 15, 2020, photo made available by US Navy, Iranian Revolutionary Guard vessels sail close to US military ships in the Persian Gulf near Kuwait. (Photo: AP)

"This was a very insulting resolution, introduced by Democrats as part of a strategy to win an election on Nov. 3 by dividing the Republican Party," Trump said in a statement regarding the veto, adding that "the few Republicans who voted for it played right into their hands."

Trump noted that the resolution would have harmed the president's ability to protect the United States, its allies, and partners.

"Congress should not have passed this resolution," he added.

U.S. media reported later in the day that the Senate on Thursday would attempt to override Trump's veto, but it is expected to fall short of the two-thirds' support needed.

"I urge my colleagues to join me in voting to override his veto-Congress must vote before sending our troops into harm's way," tweeted by Virginian Democratic Senator Tim Kaine, who led the legislative effort.

The veto came as the tension between the United States and Iran is still lingering. Trump said last month that he had instructed the U.S. Navy to destroy any Iranian gunboats if they harass U.S. ships at sea. Iranian officials downplayed U.S. threats and vowed to respond if the security of Iranian territory is at stake.