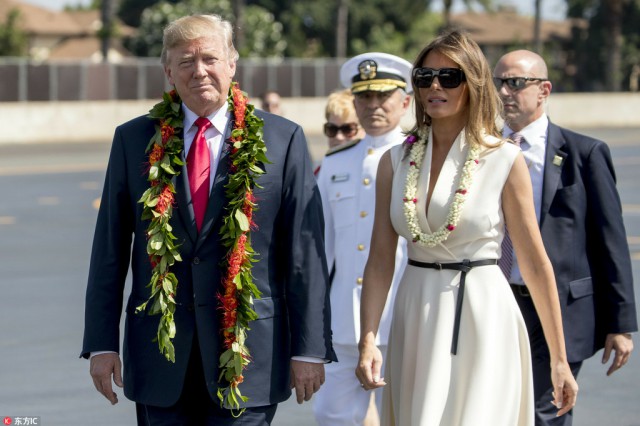 President Donald Trump has paid a solemn visit to Hawaii's Pearl Harbor and its memorial to the USS Arizona.

Trump saluted after entering the memorial following a short boat ride with first lady Melania Trump. They approached a wreath of white flowers — a gift from the couple — and watched as two sailors placed it near a wall of names of those who died after a surprise attack by Japan that plunged the U.S. into World War II.

The Trumps then tossed white flower petals into the water above the battleship's sunken hull.

Trump did not speak publicly at the memorial. He said during an earlier meeting with military officials that he eagerly anticipated the visit.

Trump departs Saturday for Japan, the first stop on his Asia tour.