US President Donald Trump on Friday visited his younger brother Robert at a hospital in New York, where he is being treated for an undisclosed illness. 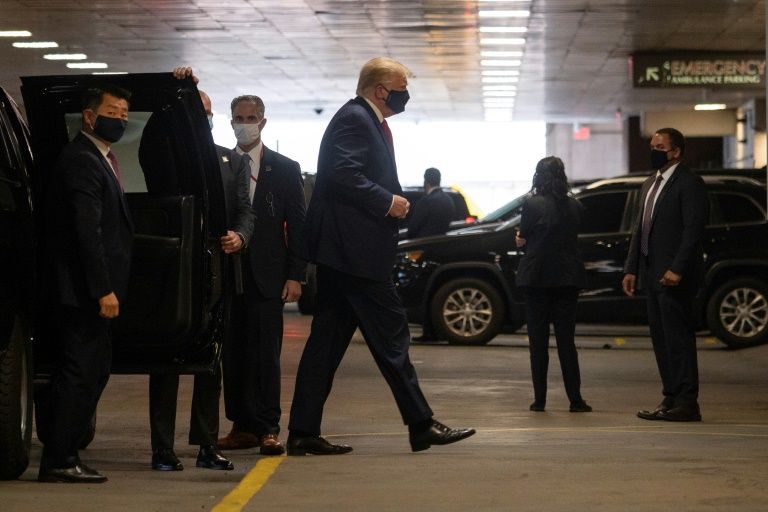 US President Donald Trump arrives at the New York hospital where his younger brother Robert is being treated on August 14, 2020. (Photo: AFP)

The US leader, who was wearing a face mask upon arriving at New York-Presbyterian Hospital, entered through a back door and stayed about 45 minutes, according to an AFP reporter covering the trip.

US media reports say the president's brother is seriously ill, although there were no details.

Trump, who was stopping in New York on the way to his golf club in nearby Bedminster, New Jersey for the weekend, told reporters only that "he's having a hard time."

While far less famous than his older brother, Robert Trump has long been an integral part of the family real estate empire and is fiercely loyal to the president.

Robert Trump unsuccessfully went to court to try and get an injunction preventing publication of a book by his niece Mary Trump, called "Too Much and Never Enough: How My Family Created the World's Most Dangerous Man."

The book, which paints Donald Trump as the product of a "toxic" family was a "disgrace," Robert Trump said. Although a temporary restraining order was applied, a judge lifted this in July, allowing publication.

At a press conference, President Trump called his brother "wonderful" and said they have "had a great relationship for a long time, from day one."