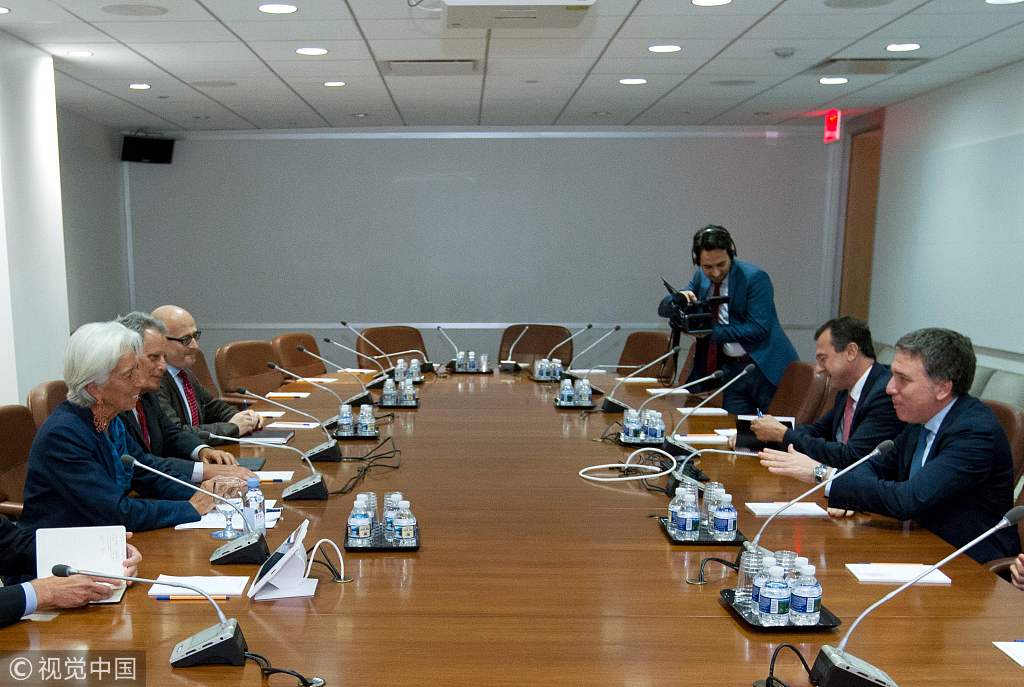 In a statement issued by the White House, Trump said he had spoken with Argentine President Mauricio Macri earlier on the same day and "reaffirmed the United States' strong support for Argentina during this trying time for them."

Saying that Macri is doing an "excellent" job with the very difficult economic and financial situation, Trump said that he has confidence in Macri's leadership, and "strongly encourage and support his engagement with the International Monetary Fund (IMF) to strengthen Argentina's monetary and fiscal policies" to tackle the country's current economic challenges.

Argentina is a long-time strategic partner of the United States and a major non-NATO ally, Trump noted.

Trump made the remarks as an Argentine delegation arrived in Washington D.C. on Tuesday for talks with the IMF to renegotiate conditions of a 50 billion U.S. dollars loan to help the ailing economy.

Macri said on Monday he was closing more than half of existing ministries in a bid to cut government spending amid a severe economic crisis.

He also unveiled a new tax on exports to raise government revenue.

Argentina is struggling with high inflation and a steep devaluation that has seen the peso lose half its value since January.

Macri has blamed the crisis on a variety of external factors, including rising oil prices, the U.S. Federal Reserve raising interest rates and sparking capital flight, and a drought that impacted agriculture.