Trump voters cringe and shrug at tweets while Democrats rage 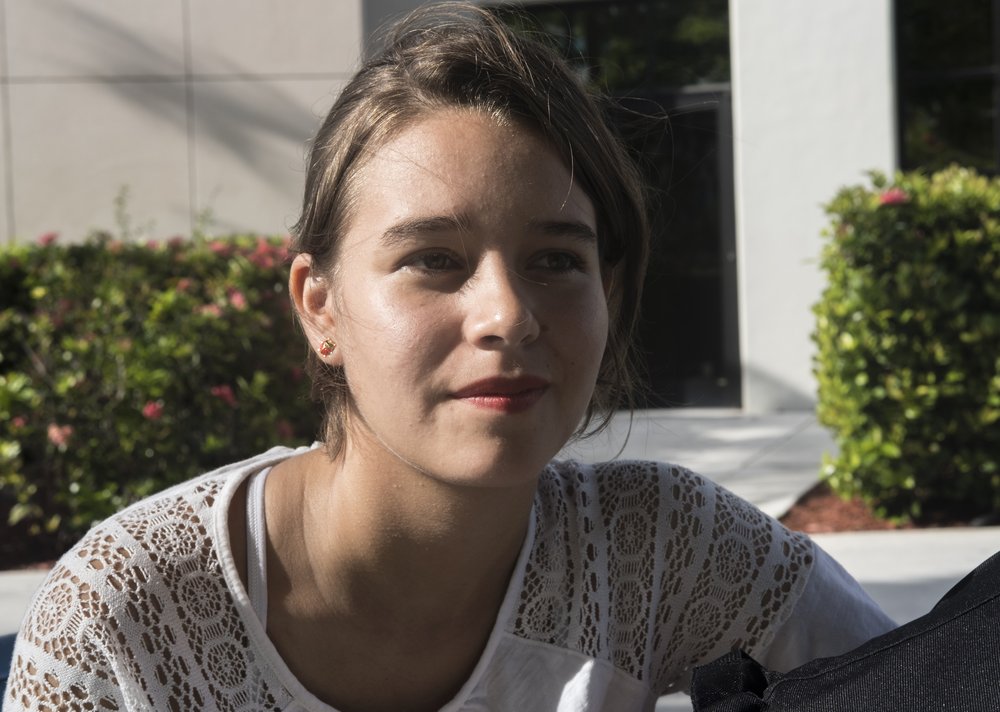 In this July 16, 2019 photo, Maria Masferrer is shown on campus at Florida International University in Miami. (Photo: AP)

He doesn’t believe Trump was being racist for telling four congresswomen, all women of color, to “go back” to the countries they came from. It doesn’t matter much that all four of the women are American citizens, Brasch said the uproar over Trump’s tweet is a distraction and his detractors are “just playing politics.”

“I look at what he’s accomplished and not what he says,” the 58-year-old said during a lunch break at the Wingin’ It bar in this pocket of rural Wisconsin.

Far to the southeast, Maria Masferrer saw Trump’s attack as “totally out of place.” The 20-year-old college student at Florida International University in Miami is a new citizen. Trump’s rhetoric was personal — and disqualifying.

“Why would I vote for someone that wants to kick me out?” she said.

Across the country, in states critical to Trump’s reelection, the reaction to Trump’s racist tweets exposed two vastly different views on race politics in America. In interviews with nearly 50 voters across seven states, many people — most of them Democrats — found Trump’s willingness to lodge racial attacks appalling and unforgiveable. For many others, particularly Trump voters, the tweets were a mere sideshow.

Trump voters who spoke to The Associated Press were a mixture of indifferent, bemused and mildly irritated, saying it comes with the territory in the unconventional Trump presidency. They voiced appreciation for his candor and ability to speak plainly while rejecting that he is a racist. His views on race were not what mattered most to many of them.

“He’s not perfect, for sure. And there are certain things that you don’t like, that I don’t like,” said Yanire Kruiniger, who emigrated from Peru and became a U.S. citizen a dozen years ago. She now lives in Nevada, a state Trump lost in 2016 and is hoping to win next year. Trump had Kruiniger’s vote then, and now.

“You know, we took a chance,” Kruiniger, 53, said from a mall outside Las Vegas, adding that she thinks it paid off, especially because the economy is doing well.

The conversations with voters in Pennsylvania, Wisconsin, Ohio, Michigan, Florida, Arizona and Nevada reflected larger debates roiling both parties. Democrats vying to take on Trump have been clashing over race issues — digging into fights over busing and school desegregation, criminal justice reform and reparations — a reflection of the party’s reliance on minority, progressive and young voters.

Republicans, meanwhile, have been largely hoping the strong economy matters more to voters, particularly women and suburban voters, than the personality in the White House.

The 38-year-old in Carlisle, Pennsylvania, voted for Trump in 2016 as a “total wild card” and describes himself as open-minded on how to vote in 2020.

He says he’s long viewed Trump as divisive, going back to Trump’s very first campaign speech when he disparaged Mexican immigrants. Still, Howard isn’t sure whether the tweet was racist: The term itself “gets thrown around so loosely,” he said, and there’s so much outrage on both sides.

The tweet doesn’t change whether he’ll vote for Trump again.

“Time will tell. If the economy is good, I probably will,” Howard said Tuesday while overseeing a historical preservation project on a Civil War monument in the Democratic college town in conservative central Pennsylvania. “If people are lined up in the streets and unemployed, I’ll probably change my mind.”

In suburban Columbus, Ohio, several voters interviewed were less interested in the content of the tweet than their shared wish that the sooner Trump can stop tweeting, the better.

“He shouldn’t be doing it. He needs to be more presidential, stick to the things that matter,” said Scott Wood, a Republican who voted for Trump in 2016 and would need to see a “standout” alternative before he’d vote for someone different next year.

Wood, a 45-year-old IT engineer, served four years as a Marine and said he values Trump’s promise to strengthen the military, fix health care and deal with the “border situation.”

“He’s doing a good job in some of the core areas of our country, but he’s doing a poor job in trying to unite us,” Wood said.

Trump unleashed the controversy Sunday, stating that if the lawmakers “hate our country,” they can go back to their “broken and crime-infested” countries. His remarks were directed at four congresswomen: Reps. Ilhan Omar of Minnesota, Alexandria Ocasio-Cortez of New York, Ayanna Pressley of Massachusetts and Rashida Tlaib of Michigan. All are American citizens, and three of the four were born in the U.S. The statement was broadly condemned by Democrats and some Republicans lawmakers. Trump brushed off the criticism by saying, “Many people agree with me.”

Emily Ort, of Lemoyne, Pennsylvania, outside Harrisburg, said she believes Trump was simply telling someone to leave the country if they don’t like it.

“I guess I understand what he’s saying,” said Ort, 38. “If you go into a restaurant and you don’t like their food, are you going to go there again?”

Ort said she believes Trump was just “defending our country.”

Democrats saw deliberate race-baiting to fire up his base and a reprise of Trump’s efforts to focus on migrant caravans in 2018 and his talk of banning Muslims from entering the United States in 2016.

“He’s clearly racist,” the 33-year-old said. “We’re supposed to be a melting pot, and he stands for everything this country doesn’t.”

Trump says what he thinks, and voters like that and respond to it, said Kathy Kiernan, a Republican activist in Richfield, Wisconsin, located in one of the suburban Milwaukee counties long critical for Republicans but where Democrats hope to make inroads with women.

“I think people are with him, and I don’t think they get into all of this everyday nitpicky stuff, I just don’t think they do,” said Kiernan, who retired after a 30-year career at AT&T. “Do people like all of it? Maybe not necessarily, but what are they supposed to do?”