WORLD Trump vs. US media: CNN bomb threat spikes another fallout of US President's tirade

Trump vs. US media: CNN bomb threat spikes another fallout of US President's tirade 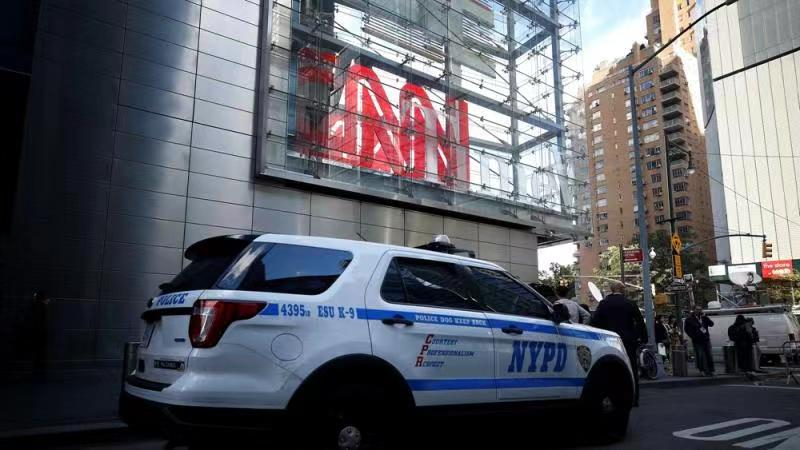 A bomb threat at the CNN office in New York has once again highlighted the issue of rising attacks against the media in the US.

Senior journalists have blamed the US President for inciting fringe elements, who turn to violence. So, why does Trump say the media is the biggest enemy, and what are the consequences of a hostile battle between the President and the media?

It started with the "fake news" charge towards the media. Then they were labeled the "opposition party." But soon the US President hit a new low as Trump tweet: "Media is the enemy of the people."  Even putting his White House spokesperson in a fix.

Trump's bitter war towards the media started with his presidential campaign. The attacks have continued and even intensified during his tenure.

Hours after a suspected bomb packet was discovered at the CNN office in New York, company boss Jeff Zucker spoke out at Trump, saying that "There is a complete lack of understanding at the White House about the seriousness of their continued attacks on media."

Instead of taking responsibility for his own words, Trump has blamed the media, calling on it to "stop the endless hostility." But the fact remains that it's the media which is on the receiving end of Trump's constant outbursts.

Last week, Trump praised the unprovoked attack on a Guardian US journalist by Congressman Greg Gianforte, calling him a "tough cookie." Gianforte had attacked Guardian political reporter Ben Jacobs in 2017.

These attacks are not a "spur-of-the-moment" tirades. Let's decode the method behind the madness. Trump regularly defines "fake news" as any report he deems critical. Experts say he attempts to portray himself and his administration as victims of a political witch-hunt by news organizations.

The populist sentiment plays well with partisan crowds who are all too ready to believe the media is playing the game of the so-called "liberal elites." For them, anything written against Trump can be discredited as pure fiction. And it's not as though the media is not fighting back. After Trump called it "the enemy of the people" in August, around 350 news organizations across the US carried editorials countering the President's narrative. But many say that a fight back is only aiding Trump, as it helps him stay in the news and divert attention from real issues of governance.

The bomb scare at the CNN office is a grim reminder of the threat media faces in the US. Trump's endorsement of violence against the media is taking an increasingly dangerous turn. "Kill the messenger," it seems, is the underlying message.