WORLD Trump warns against Russian interference in US elections

Trump warns against Russian interference in US elections 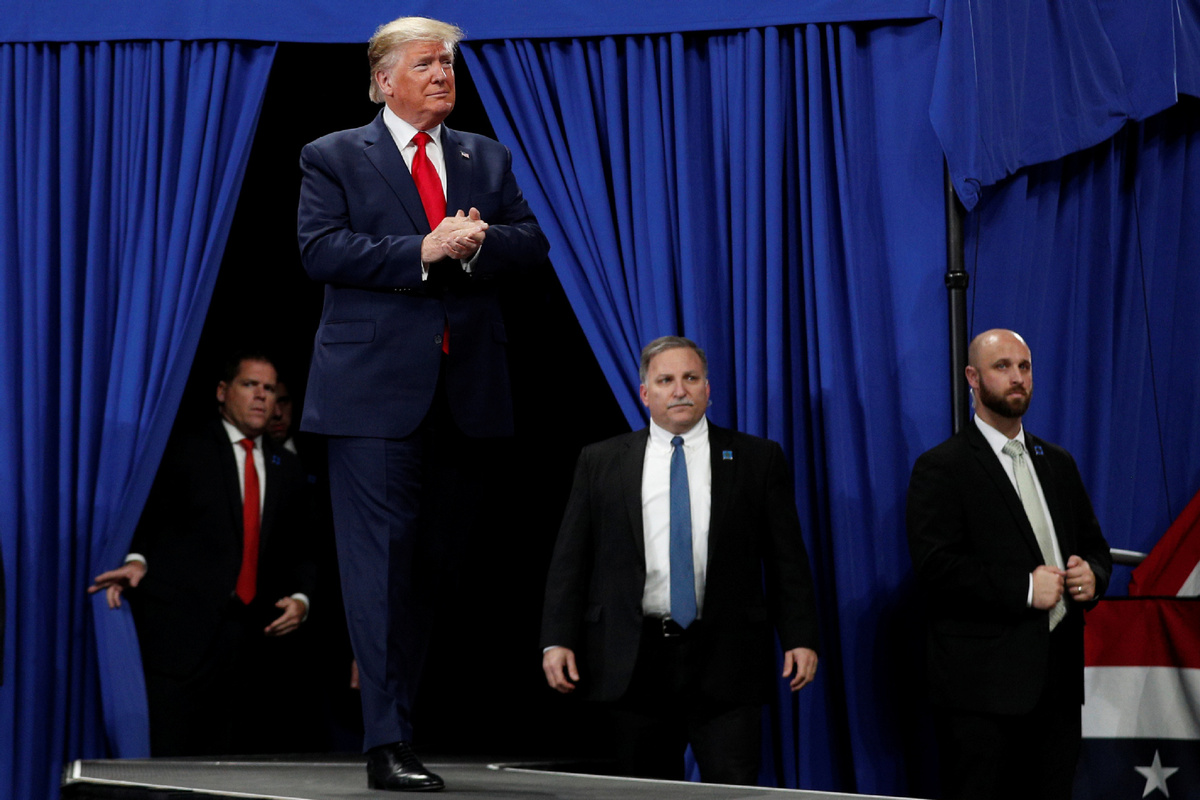 US President Donald Trump delivers remarks during a campaign rally at the Giant Center in Hershey, Pennsylvania, US, on Dec 10, 2019. (Photo: Agencies)

WASHINGTON - US President Donald Trump on Tuesday warned Russia not to interfere in US elections during his meeting with Russian Foreign Minister Sergei Lavrov, who rejected any speculations about Russian interference in US domestic politics.

"President Trump warned against any Russian attempts to interfere in United States elections," the White House said in a statement regarding Trump's meeting with Lavrov.

The top Russian diplomat, however, rejected any US accusations on Russian meddling in US domestic politics.

"We have highlighted once again that all speculations about our alleged interference in domestic processes in the United States are baseless; there are no facts that would support that," Lavrov said in a joint press conference with his US counterpart Mike Pompeo.

The two top diplomats discussed a wide range of issues on Tuesday, but little concrete achievement has been made given the overall frosty bilateral ties.

Ignoring Lavrov's offer to extend the New Strategic Arms Reduction Treaty (New START) between Moscow and Washington, Pompeo insisted during the joint press conference that a broader arms control dialogue should be conducted, which put the New START's fate at risk.

Signed in 2010 between the United States and Russia, the New START requires both countries to cut nuke warhead numbers down to 1,550 by Feb. 5, 2018, and reduce the number of delivery vehicles, including missiles and bombers, to 700-800 for each side.

The treaty is set to expire in February 2021. Russian President Vladimir Putin said last week that Russia is ready to extend the treaty by the end of this year with no preconditions.