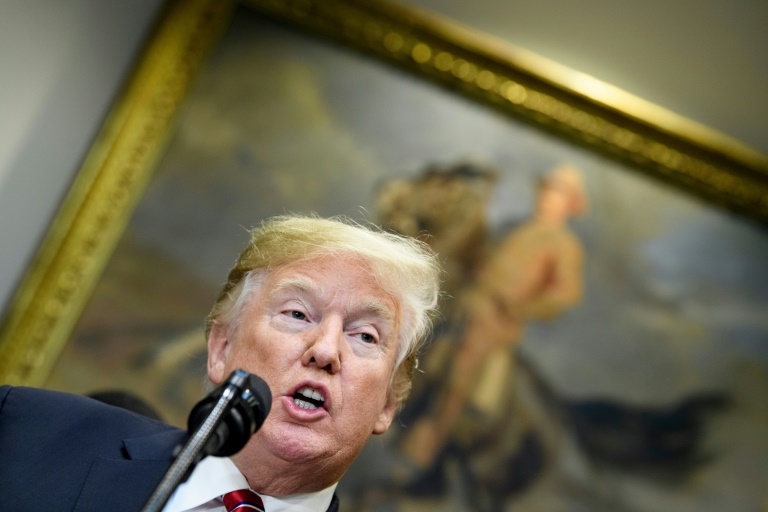 Trump has repeatedly broken with the norm respected by US presidents in recent decades of refraining from criticizing the Federal Reserve (Photo: AFP)

President Donald Trump on Tuesday urged the Federal Reserve, the US central bank, to not make "another mistake" by raising interest rates.

"I hope the people over at the Fed will read today's Wall Street Journal Editorial before they make yet another mistake," he tweeted. "Also, don't let the market become any more illiquid than it already is. Stop with the 50 B's. Feel the market, don't just go by meaningless numbers. Good luck!"

The Journal editorial called for a pause in rising interest rates, as the Fed on Tuesday opens its final two-day policy meeting of 2018 at which it is widely expected to raise the key rate for the fourth time this year, working to get ahead of expected gains in inflation.

Trump has repeatedly broken with the norm respected by US presidents in recent decades to refrain from criticizing the Fed, hammering the central bank this year over its move away from the zero interest rate policy implemented during the global financial crisis.

Trump has called the central bank "crazy," "out of control" and a greater economic threat than China, which the president blames for hollowing out American industry through unfair trade.

But analysts and former Fed members say Trump's unprecedented vitriol could cause the central bank to try to prove its independence by raising rates even if policymakers might otherwise have held off.

On Monday, in a tweet sent one hour before stock markets were due to open, Trump wrote: "It is incredible that with a very strong dollar and virtually no inflation, the outside world blowing up around us, Paris is burning and China way down, the Fed is even considering yet another interest rate hike."